Exclusive! Yannik Zamboni On His Making the Cut Win 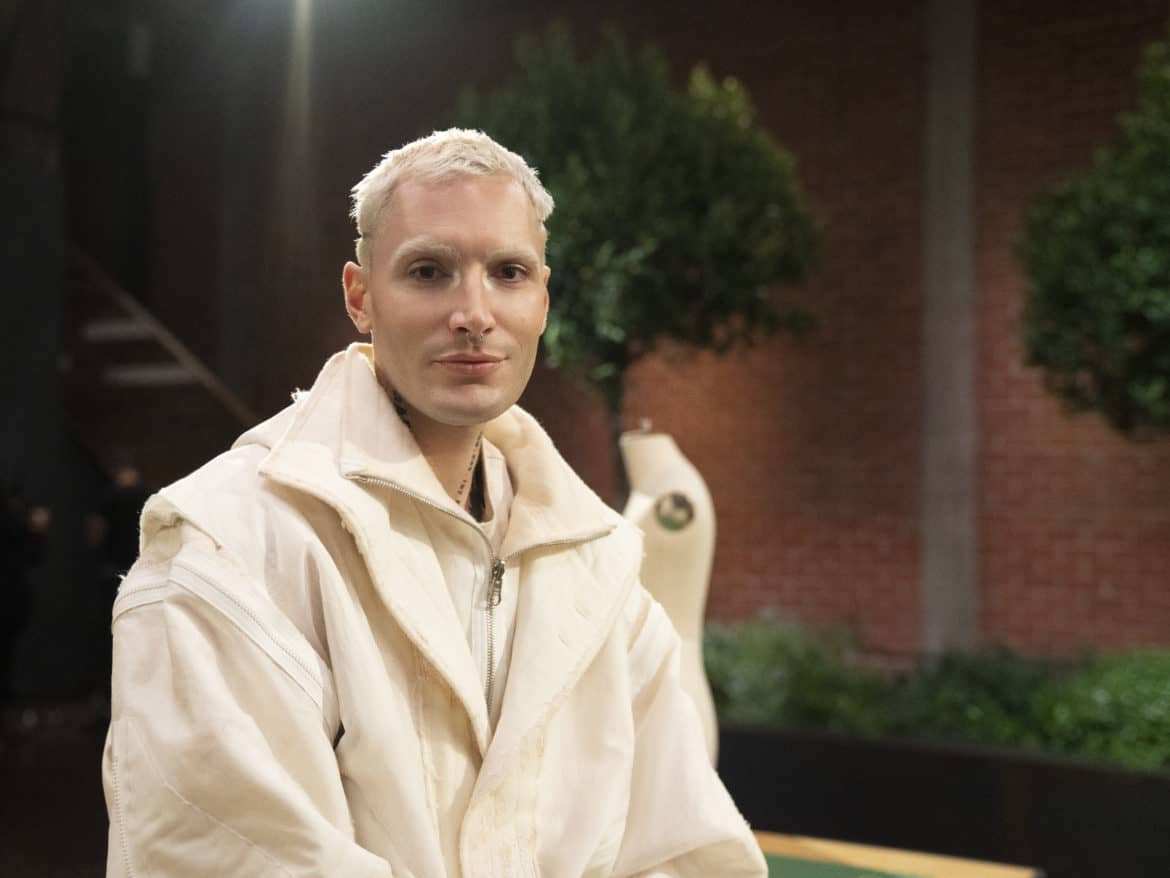 The winner takes it all! Prime Video has dropped the final episode of season 3 of Making the Cut and this season’s winner is Yannik Zamboni, who won $1 million to invest in their business, plus the incredible opportunity to create an exclusive co-brand with Amazon Fashion. It’s a major week for Zamboni, who is also showing at New York Fashion Week for the first time on Wednesday and presented to Heidi Klum and Tim Gunn at The Daily’s Fashion Media Awards on Saturday night. Somehow he found a few minutes to hop on a Zoom to reflect on his major win.

How are you feeling?
I’m very excited and nervous. There are a lot of feelings going on inside of me.

You were really emotional in the last episode. What was that like?
It’s like dreaming. You’re somewhere else with your head and everything goes so fast. It was also freezing that night, so I was shivering and shaking. It was like a dream and I don’t think I’ve woken up yet.

There was a really cute moment when Tim Gunn offered you his own coat to wear, which was just very Tim Gunn! Very nice!
Yes. It was very adorable.

Has it been hard to keep this a secret? When did you film the show?
It started in December and our last assignment was in January. So, by the end of January, everything was filmed. It’s been seven months of being super quiet and not talking to anyone. That was hard. 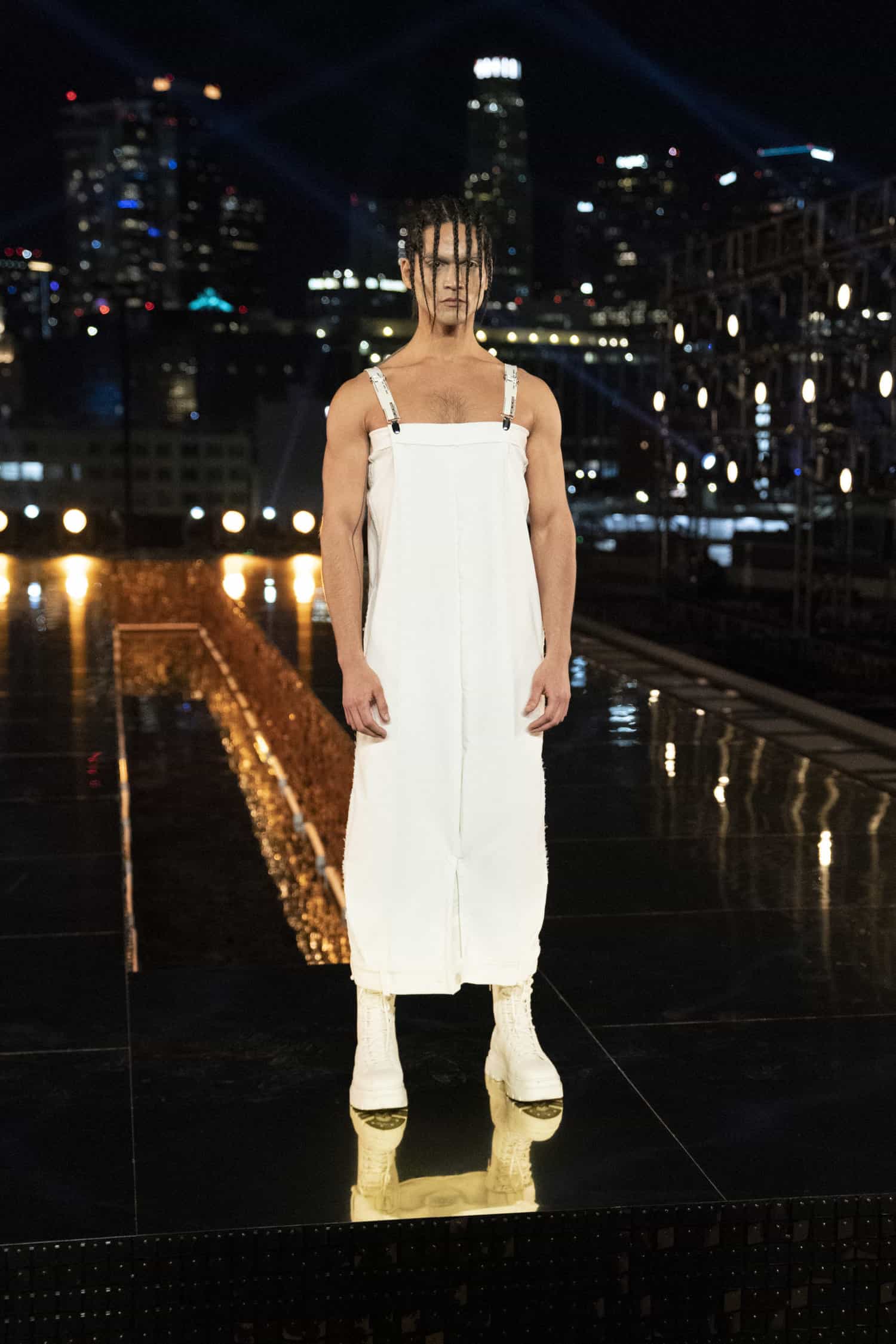 Are you good at keeping secrets?
Yes, I think I am. I have to be. They also gave me a little time to reflect on things and how I wanted to handle things. It gave me the opportunity to get ready for it, which was also a good thing.

I know that you’re showing at New York Fashion Week. Are you thinking of being based in New York?
I’m not planning anything, but I’m very open-minded about going somewhere else. I sometimes feel like Switzerland is very small; very tightened up. But, I always love going back to Switzerland, it’s my home, and I always feel like I’m home when I land there. But, I’m open-minded. I don’t know if I would go somewhere else forever, but at the moment, I’m super open to going anywhere. 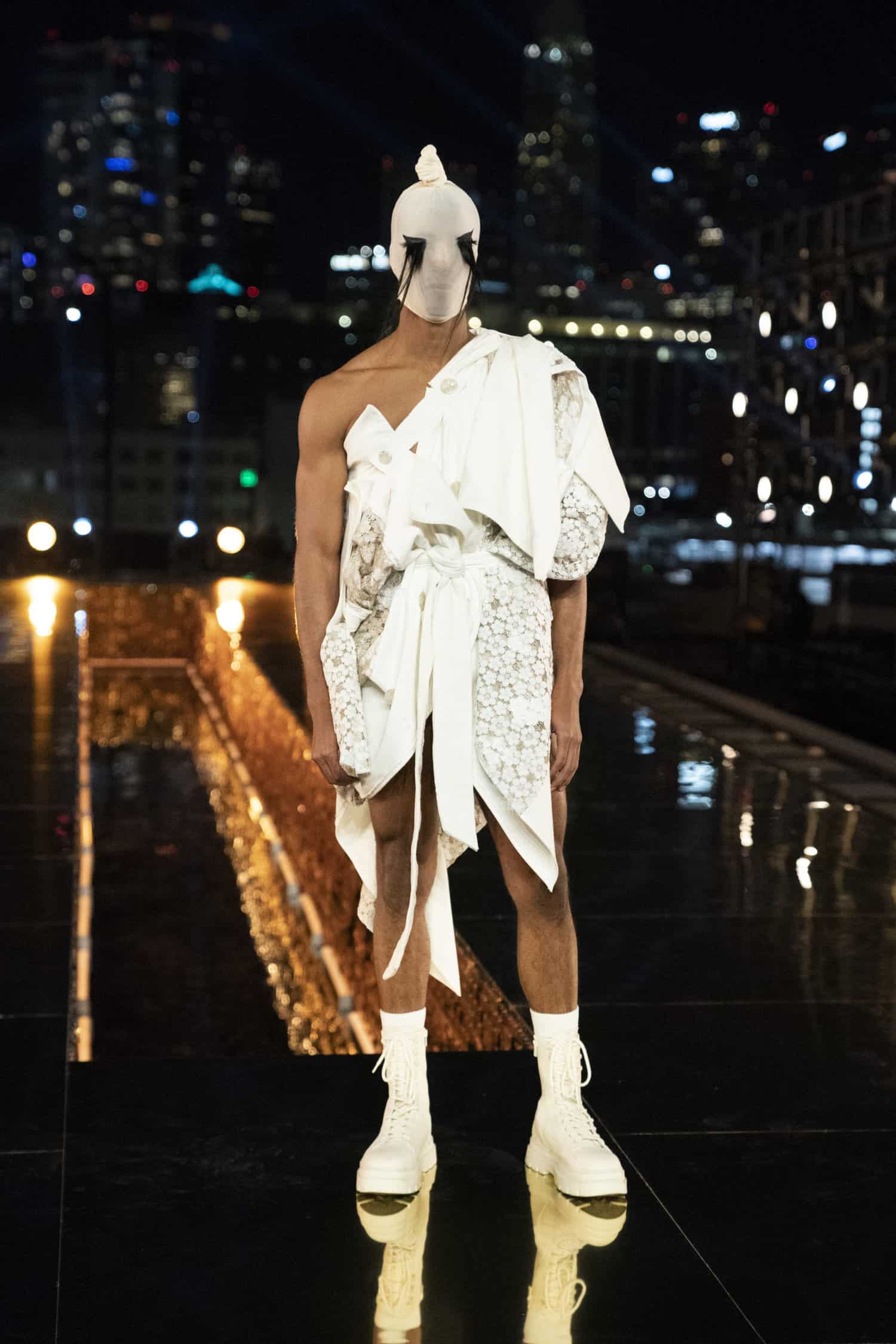 When you look back now, besides winning, what was the best lesson from the show?
The best lesson was learning how to make quick decisions in a short amount of time, as well as thinking about how you can transform something that’s runway, high fashion into something that’s accessible. I think that was the most important process that I had to do, which is very helpful for the collection that I have to do now.

We talked about this when we spoke before, but it’s a couple of weeks later. Have you been recognized in New York?
Yes, it has changed, especially when I arrived here in New York City. I guess a lot of people watch Prime Video and Making the Cut. There were people wanting selfies at Starbucks and I was recognized when I was checking in at the hotel by the receptionist. I was in front of the hotel and people passing by were like, “Can we do a selfie? I love your designs!” This never happens in Switzerland, it’s just been here in New York.

I haven’t talked to you about what is perhaps the most dramatic moment of the season when Jeremy Scott really came down on you. What was going through your brain?
At first, I was kind of amused because I was like, “They’re not serious.” Then, since I’m a sensitive person, it touched me. After reflecting the same night about it, I was like, “Okay, if someone gets really emotional about what you do, that person does really care.” I think he just wanted to push us to do more, and I think it was very helpful. The next day I was like, “Okay, I’m going to show you I can.” It pushed me very much. With the pop-up store and the finale, it was a good thing for me.

Do you have any regrets from your experience on the show?
Regrets? No, I do not. It was all part of the competition and we had such a good time. I don’t have regrets.

You’re showing on Wednesday at New York Fashion Week. How is that going and how are you feeling? This is going to be such a major moment for you.
It’s actually very stressful, to be honest. I had this crazy idea to have the finale actually showing at NYFW, so a lot of things are coming together at once now. But, I think it’s the right time to do it. People are talking about me, so why not use that and actually show directly? I’m very excited to do that.

I was hoping and praying that Rafael would be the Season 3 winner on “Making The Cut”!! I was so upset when he lost!
I can’t believe the judges actually thought that weird, ugly crap that Yannik showed was wearable!!! Grrrrr!!! So sorry Rafael we were rooting for you. 😞