Watch Donatella Versace Lip-Sync to “Versace on the Floor” 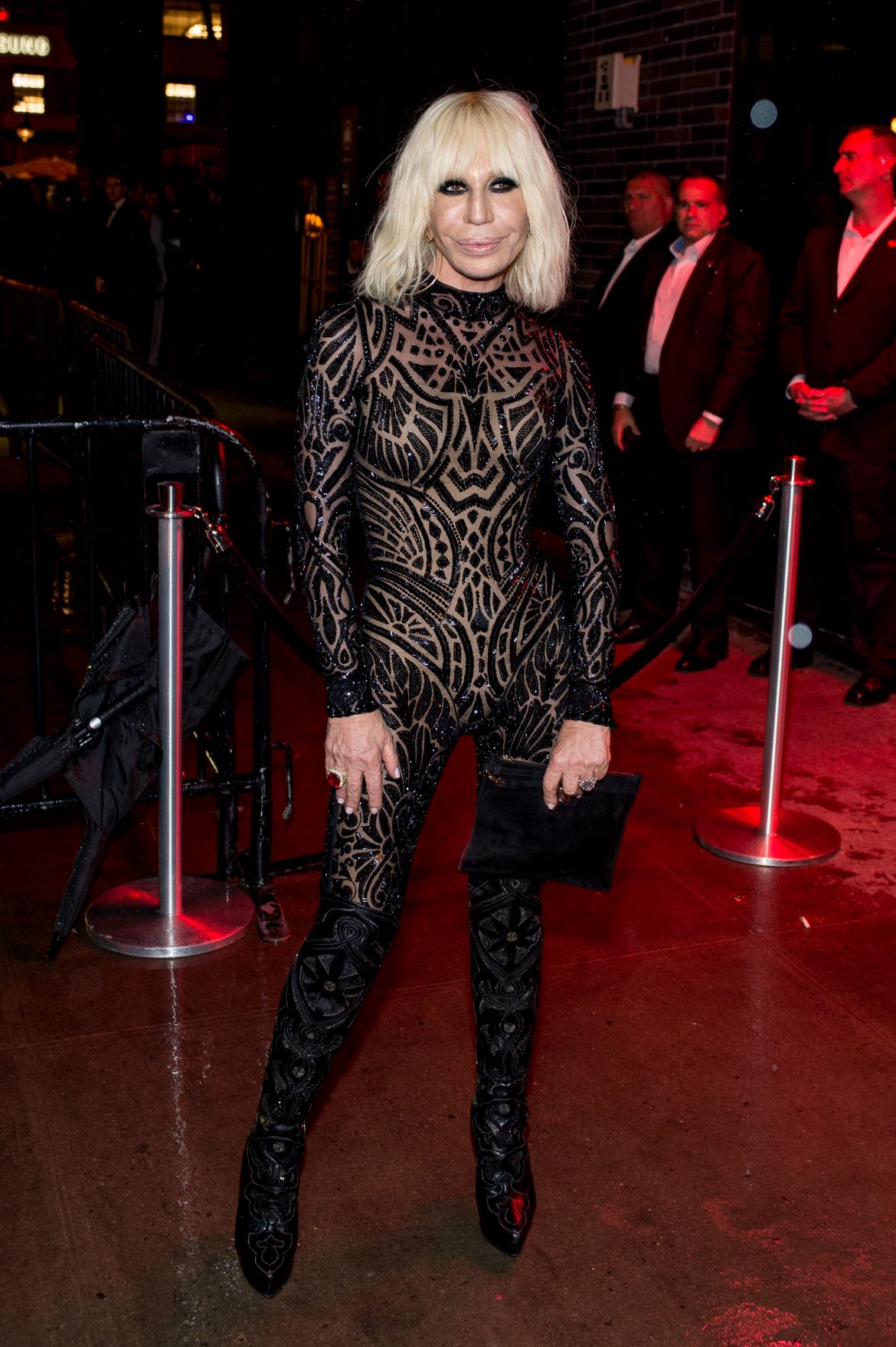 NEW YORK, NY - MAY 02: Donatella Versace attends the after Party at the Standard Hotel following "Manus x Machina: Fashion In An Age Of Technology" Costume Institute Gala on May 2, 2016 in New York City. (Photo by Roy Rochlin/Getty Images)

It’s only natural that Donatella Versace created a music video of herself lip-syncing along to Bruno Mars’ song that was basically dedicated to her family: “Versace on the Floor.” The designer enlisted some of her favorite models—Candice Swanepoel, Natasha Poly, Hana Soukupova, Kiki Willems, and Faretta—to star alongside her in the megafun 60-second clip, and all don Versace (natch) for the vid. Donatella announced her tribute to Mars on Instagram, captioning “To my special friend.” The designer and the singer go way back—she watched Mars play the tune in Milan, and he dedicated the song to her while she was watching. “I would like to dedicate this next song to the woman who actually inspired me: Donatella, this is for you,” he reportedly said. She later replied by posting a photo of the singer onstage wearing a Versace shirt, with the caption, “Thank you for tonight! What a great emotion.” Mars has most recently achieved a music milestone for himself—the RIAA has confirmed that he is the only artist in the past year to have two 4X multi-Platinum singles from one album (“24K Magic”). Bravo to all!

Calling All Fashion + Journalism Students: The Daily Is Looking for Interns!