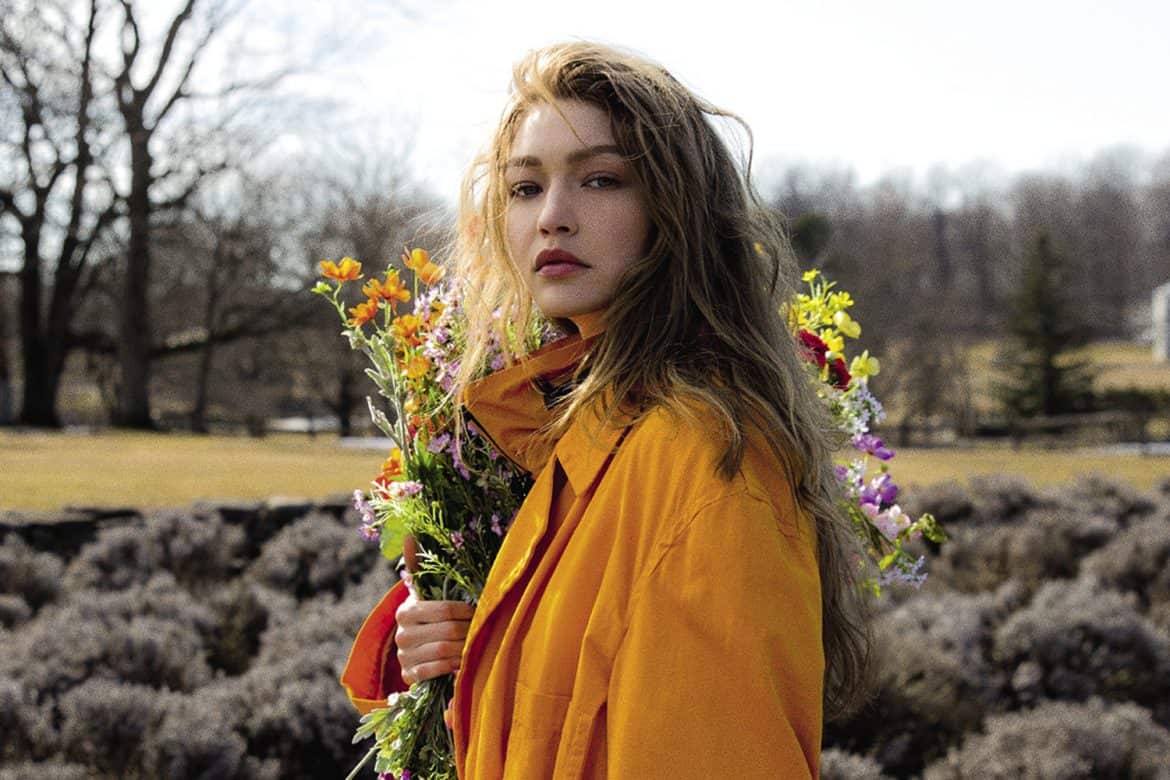 In August Vogue Czechoslovakia debuted with Karolína Kurková on its cover and 400 pages of original content. Seven months later and the magazine is still going strong, with Gigi Hadid as it’s May 2019 star. The Daily caught up with EIC Andrea Běhounková to find out what advice she received before launching, and how the newest issue — which was shot on Hadid’s private family farm — came to be.

Let’s start with this new cover —  how did this project come together?
The idea started last fall at fashion week in Milan when Eva Herzigova — she’s our editor-at-large — met Helena Christensen and Gigi Hadid. They had dinner together. Eva mentioned that she’s editor-at-large at a new edition of Vogue, Vogue Czechoslovakia. They were talking about what they would like to do. Gigi mentioned that she has a family farm on the east coast. And Helena and Eva thought that they could do something together. Then Eva called me, and we developed the idea. Gigi invited us — Eva, Helena, and the Vogue team — to shoot at her private place [with] her horses. We were supposed to do the shoot a little bit earlier, but because of snow and the weather we were not able to. Then at the beginning of March it finally happened.

Was that the first time that you had met Gigi Hadid?
Yes, it was for first time I met Gigi. Of course I met her backstage after the shows during fashion week. But you know, it’s crowded [back there], lots of people. To shoot her and meet her personally, it was, for me, the first time. Helena Christensen is a family friend of the Hadids. They’ve known each other for a long time. 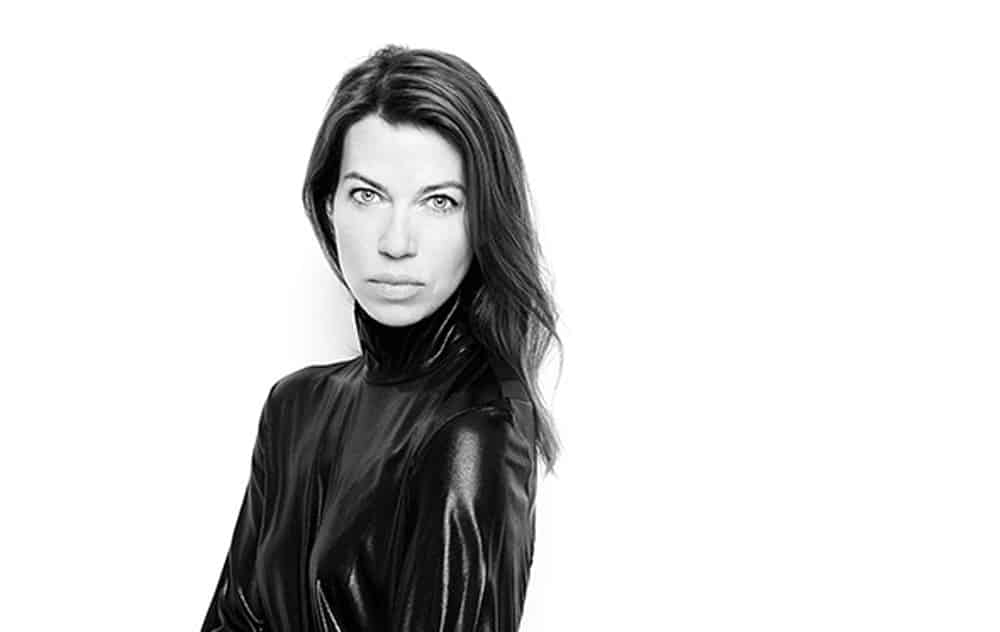 Tell me more about working with Eva. What has she been like as an editor?
She has been with us from the very beginning. We actually started developing our edition one year ago — last February. I already knew Eva because we met at another fashion magazine, and I’ve collaborated with her many times. I would say we’re friends. She heard that we were launching a Vogue edition here in Czech Republic. Immediately she called me and was asking if she somehow can help make us more famous. Because she is based in London she’s not able to be here on a daily basis at our office. But we stay in touch very often, and she brings plenty of ideas for content. She even writes articles! For the first issue, she did a very interesting interview with a famous Czech singer. In every issue she’s done something.

Sounds like she’s really involved!
Definitely, she is. Karolína Kurková is also our contributing editor. But Eva, I have to say, every month she is cooperating with some topics. One issue is it’s shooting. Another issue, she’s writing something, or she’s bringing some concepts [to the table].

This is a shaky time to launch a new publication. Are you at all worried about the future of print magazines?
Actually, I’m not. I don’t believe that print is dying or will die. Okay, we are living in a digital era and everything is digital and very fast. But if you would like to give someone a present, you wouldn’t buy a picture on Instagram. You would buy a book. I don’t know how it is in the U.K. or the U.S, but in Czech Republic it’s pretty common that if you want to give a present to your girlfriend, you give her a magazine subscription. And the bookstores are not closing. I don’t really think that print will die. Maybe, the rules will change. 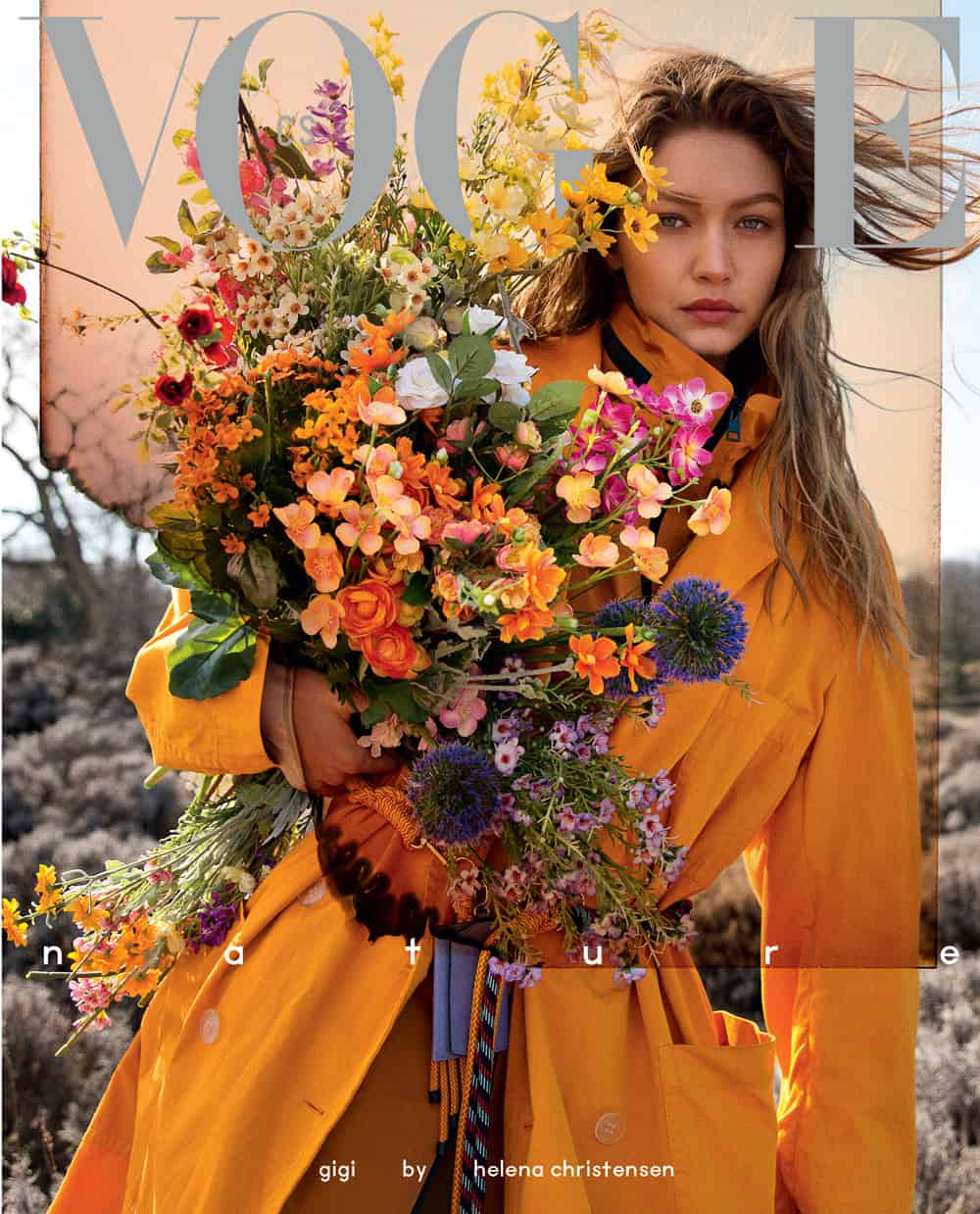 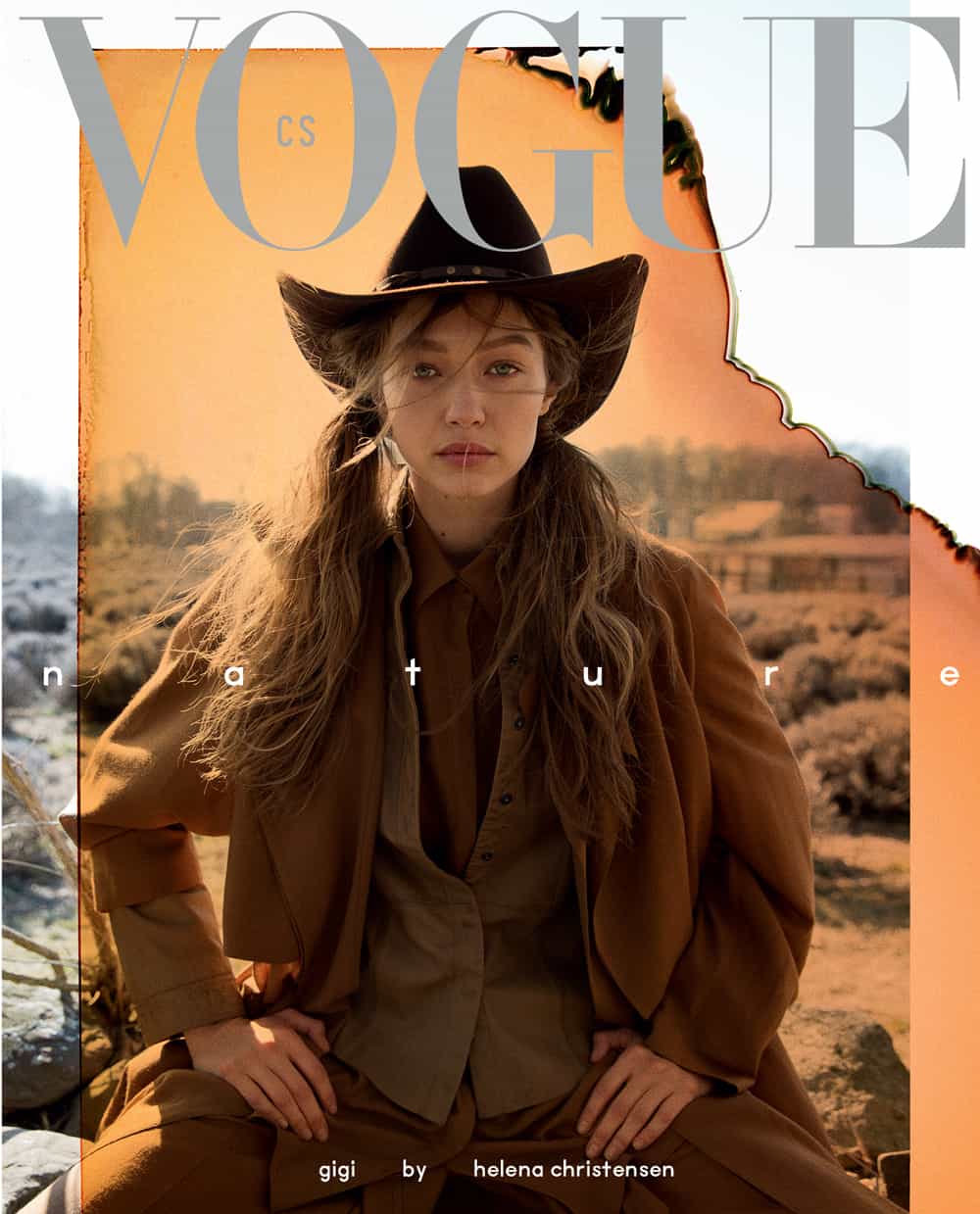 I’m a huge lover of photographs. I cannot imagine having the beautiful pictures done by Richard Avedon or other famous photographers on our monitors or mobile phones. It’s very important to have them in the magazine on paper. Magazines like Vogue — luxury fashion magazines or glossy magazines — will survive. Definitely the digital platform for our edition is very important. The combination of print magazines and the digital platform of our website is very strong. But I would say the strongest part of this combo is the print magazine. Print brings the value to the content.

How have you made the print magazine look luxurious?
One thing that we did from the beginning of Vogue Czechoslovakia is we decided to make it look like a book. It has very good paper and we have the same format as Vogue Italia, which is very big. For us it was important to shoot the fashion stories and cover stories but not just digitally. We try to do most on analog. For example, Karolína Kurková in the first issue and also Gigi, were not only shot by digital cameras, but also by a Polaroid camera. My art director and Helena combined them together to develop a very special layout.

Do you ever feel a pressure to compete with other editions of Vogue?
No. We are more like a family. We know each other, we regularly have cocktails during fashion week with the editor-in-chiefs. I think I can say for all of the editions — even the smaller editions like Vogue Czechoslovakia or Vogue Poland — we discuss the topics, and we even discuss the possibilities to cooperate somehow. Maybe develop something together. Definitely not competitors. 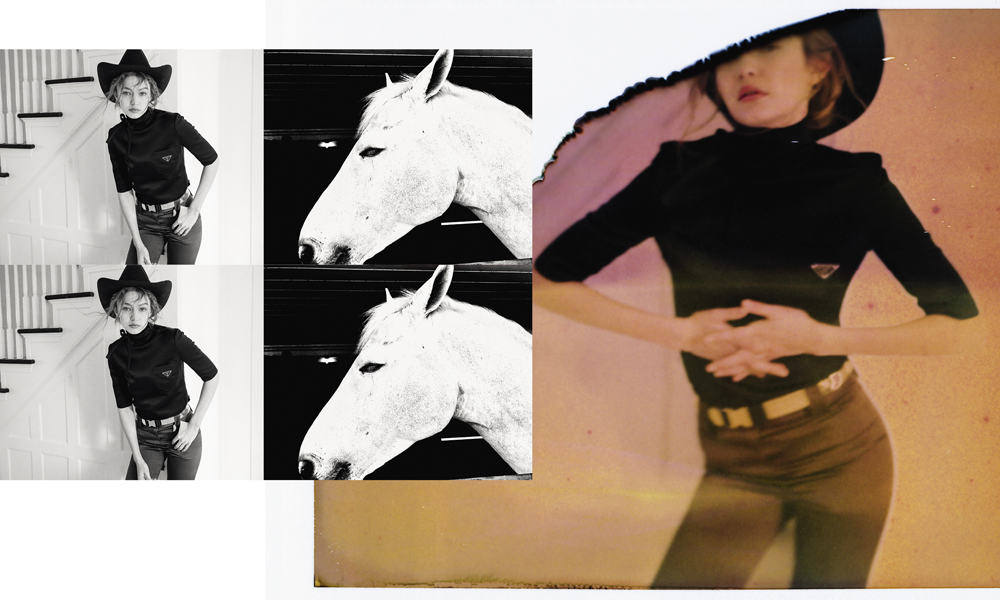 What was the best piece of advice you received when you got the job?
To be unique and to produce local content. From my past [at other publications] it was a little bit different. The smaller editions of the magazine would syndicate a lot of the stories from the bigger editions of the brand. Here from the beginning they were like, “Be Czechosolovakian. You are not Vogue Spain. You are not Vogue Mexico. You are not even Vogue Poland. You are Vogue Czechoslovakia and you have to be your own edition.” It’s very close to my concept [for the magazine]. I wouldn’t say it surprised me, but it was very good news or advice.

In what ways have you worked to represent Czechoslovakia in your pages?
We look for different topics from Czech and Solvic past. Also in art and [society]. That’s why we decided to shoot Karolína Kurková as Olga Havlová [for our debut issue]. Havlová was the wife of our first president after the communist time. She was a beautiful woman, and she is an icon of freedom. The first issue was dedicated to freedom, because it’s a very important topic for the Czech and Slovak nation. 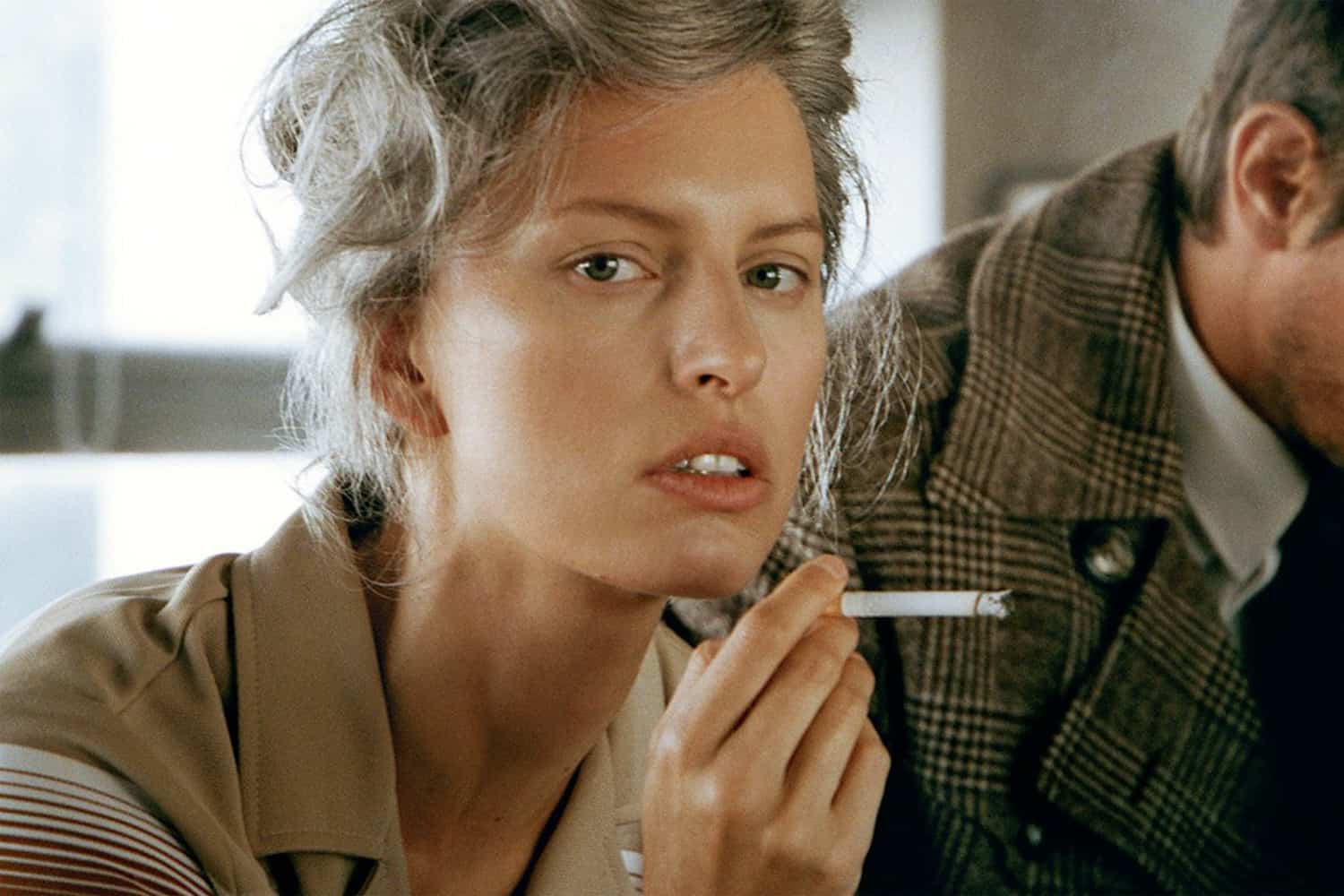 We have a very special aesthetic, we are not following other editions of Vogue. In every issue, you can find something, some story dedicated to somebody. For example, the fourth issue was dedicated to Andy Warhol. Not everybody knows that his parents were born in Slovakia. We decided to go to the small village [where they were from]. We brought Kirsten Owen there and visited the museum of Andy Warhol, and we did the cover story with Kirsten dedicated to him.

Who are some Czech designers we should know about?
Jan Černý. This guy is really special talent — he’s created already a few collections, and he’s opened fashion week here in Prague so many times. And now he is working with Louis Vuitton… he is part of the team preparing the men’s collection. Also Monika Drápalová and KARA by Ivana Mentlova. 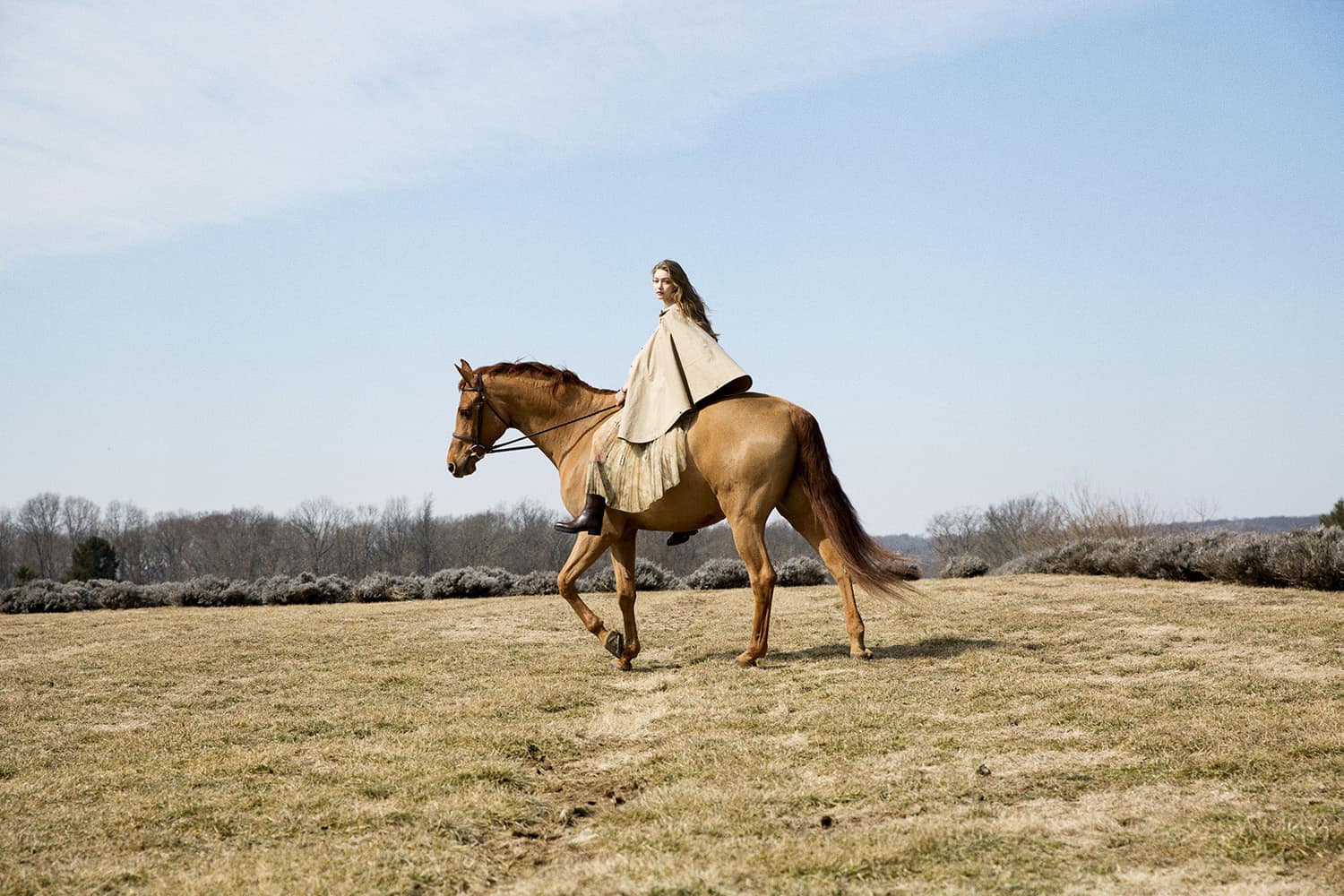 Who is your dream cover star?
I actually had a dream to have Gigi on the cover. So my dream came true already! But I’m pretty sure another great moment for our Czechoslovakia edition would definitely be Kate Moss because she is very popular here.

Stærk Christensen Kicks Off With A Starry Weekend at Dorado Beach