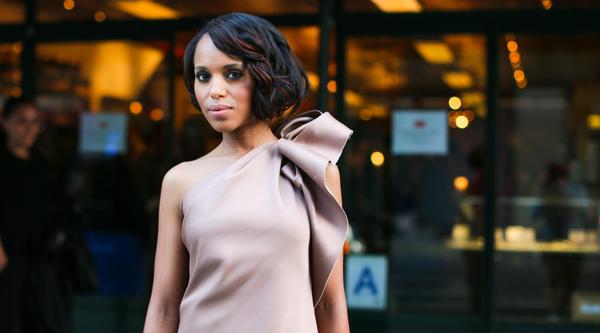 (NEW YORK) Marking the most celebrated sartorial day of the year, Vanity Fair has released their 74th annual International Best Dressed List. Topping the list this year is Kerry Washington, it’s the actress’ first time nabbing the honor. Rightly so, as this year her choices on and off the red carpet have been completely on-mark. Other newbies joining the list this year include rock legend Keith Richards, Gisele Bündchen, Beyoncé (sans Jay-Z), Brooke Shields, and Charlize Theron. Some fashion darlings that nabbed mentions include models Carmen Dell’Orefice, Stella Tennant and Lara Stone, who lists her Riccardo Tisci-designed wedding dress among her most cherished clothing items. Designers Tabitha Simmons, Thom Browne, and Tory Burch made the list based not on their brands, but rather on their personal clothing choices. Ditto for Chanel CEO Maureen Chiquet. Who revealed the most surprising choice of style icon? Victoria Beckham, who named Tilda Swinton as her fashion inspiration.

A trio of well-groomed athletes were recognized for their dapper wardrobe choices. Tom Brady lists his wife’s lingerie amongst his favorite pieces of clothing while goaltender Henrik Lundqvist admits he enjoys shopping in SoHo and Heat Forward LeBron James’ preference for well-tailored suits finally pays off.  Of course The Duchess of Cambridge, Kate Middleton, received a mention on the list, but this year she faces royal competition from Princess Letizia of Asturias and Princess Madeline of Sweden. For complete coverage of the world’s most renowned dressers, pick up the September issue of Vanity Fair, which is slated to hit newsstands in New York and L.A. on August 1st, followed by the rest of the nation and in tablet form on August 6th. For now, check out a duo of categories in this year’s  fashion originals and fashion professionals on this year’s ranking, below!

A Big Win For Rihanna!