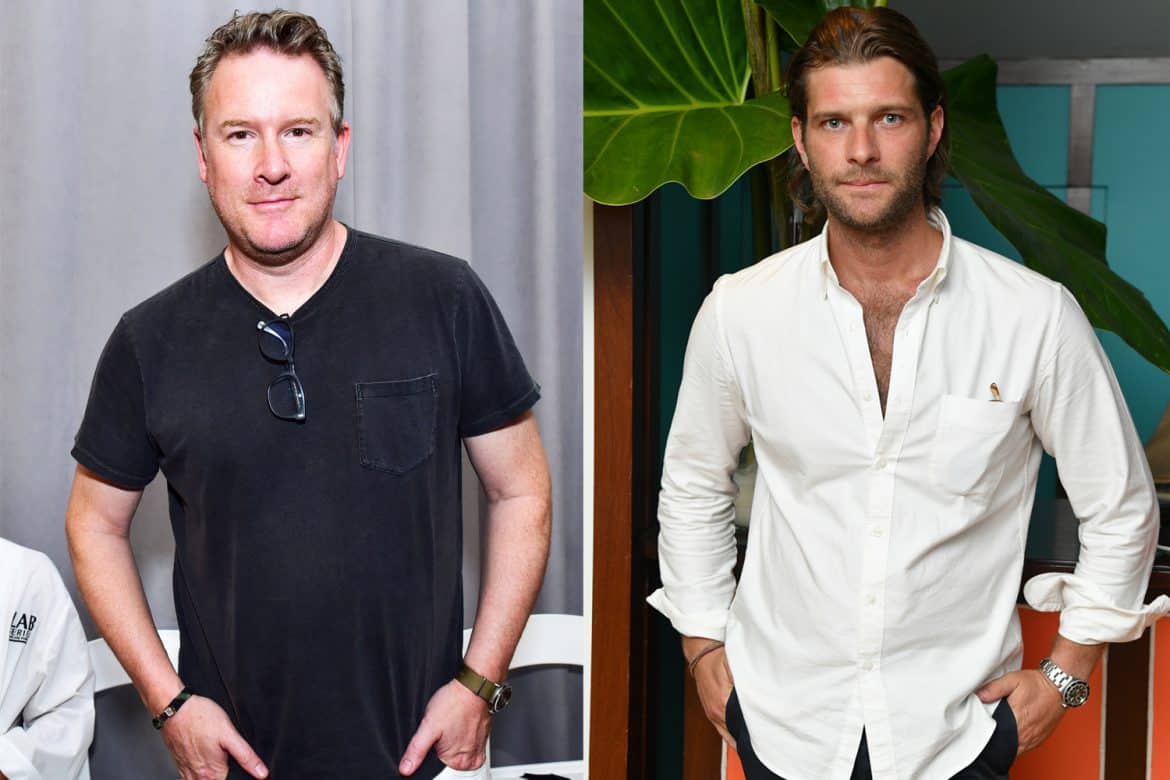 This summer Todd Snyder teamed up with the iconic Hamptons haunt Moby’s for a limited-edition Champion capsule collection. The Daily Summer caught up Snyder and Moby’s Lincoln Pilcher to learn all about their exciting new fashion collaboration!

What’s the story behind the Moby’s x Todd Snyder collection?
Todd Snyder: I’ve always been a big fan of what Lincoln has been doing, and I came out to an event at Moby’s last year. Then a friend of a friend connected us, and we just hit it off. I think he’s also a big fan of clothes, which helps. We want people who are authentic in their space and really good at what they do. And also have great style. Lincoln is not only a great restaurateur, but he also has great style.

Lincoln Pilcher: I found this old photo of Moby’s and that’s where it stemmed from. The creative came from there.

Snyder: Ever since they took over the space, even before that, it’s been such a great place for everyone to come and hang out. I think that has always been my favorite part of Moby’s. Lincoln loves the gathering of people; he loves to entertain people. He has always been a great host. The first time I came here, I just fell in love with it—everything from the rosé to the Aperol Spritz. To me, it really embodies the Hamptons. That’s the reason I wanted to collaborate. If you are in the Hamptons, you have to go to Moby’s once a week, if not more.

Do you have any favorite dishes?
Snyder: The Fluke Crudo!

How many pieces are in the collection?
Pilcher: We have about 10 styles that we’re selling on the website. We haven’t even been out a week and we have already sold halfway through them. People are buying from all over the country. I knew it was going to be epic. When you see the drawing, it’s such a good piece of art, you would wear it even if you didn’t know what Moby’s is. I do think it’s going to be a collectible thing. My daughters already want two each. It will also be carried here at the restaurant.

Snyder: We have set up a merch site upstairs to drive traffic.

What’s next for you?
Pilcher: We’re always cooking up new stuff. We’re launching a Toyota Land Cruiser FJ43, and it’s actually here at Moby’s. We’re doing exclusive test drives. The Toyota Land Cruiser was something that I always selfishly wanted for myself, but I’m going to sell this one. You can customize one on the website, and it’s probably one of the coolest things!

Atlanta de Cadenet Taylor On the Rewards of Podcasting and Fashion