The Wall Group Debuts An Editorial Site, The Thick 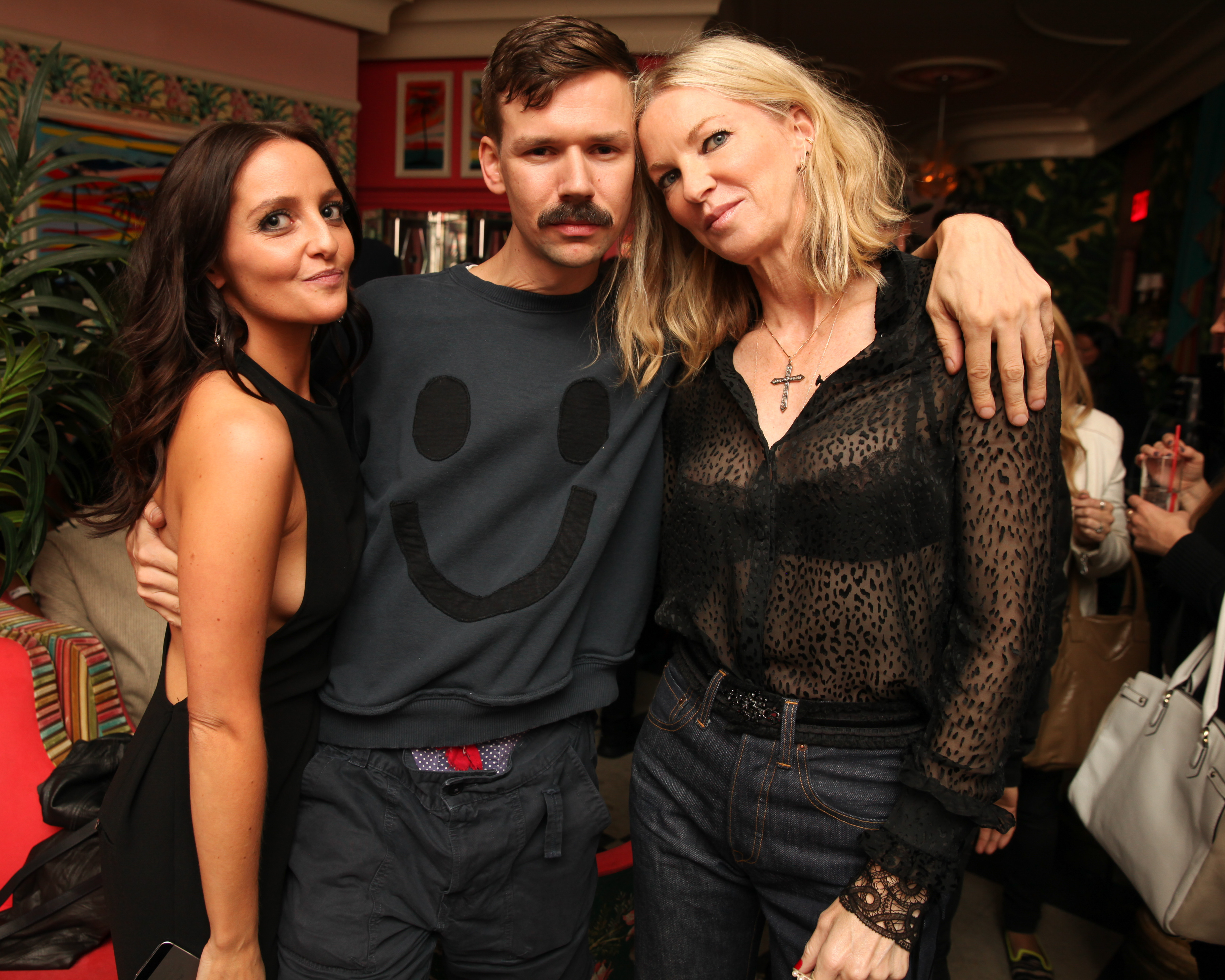 With a bicoastal reach and a client roster that reads like the credits of an editorial shoot (like Lori Goldstein, Danilo, and Pati Dubroff), The Wall Group has been dominating the agency scene. So what’s their next step? To tackle the online space with the introduction of their first editorial destination, The Thick, dreamed up by the agency’s founder, Brooke Wall. The site’s editor, Anthony Rotunno, and creative director, Bramble Trionfo, are Vanity Fair alums, who are starting off strong with features on the likes of Rachel Zoe, Patrick McMullan, and Recine. Last night The Wall Group and The Thick team toasted the official site debut with a late night fête at Paul’s Baby Grand, tucked underneath the Tribeca Grand. Perched on cotton candy colored sofas and armed with coupes of champagne, were the likes of Adam Selman, Cass Bird, Ivan Bart, May Kwok, Micaela Erlanger, Dannijo’s Danielle and Jodie Snyder, and Natalia Kills. Mid-soirée, we nabbed a moment with Rotunno to discuss The Thick…

When did you join the team?
I joined The Wall Group in May 2014, but the project started a few months earlier with Brooke’s vision. She brought in our creative director, Bramble, who I had previously worked with at Vanity Fair. I came in and met with Ali Bird, the site’s VP, and after a few meetings I decided to join the team.

Will the site only feature Wall Group clients?
No! If you look at our launch content, we featured Patrick McMullan, in his apartment. We had Mara Hoffman go through a collection of headpieces she keeps for the site. Our artists are incredible people and they work with so many amazing talents, so we want to include them in the same conversation as the designers, the actors, and the photographers they work with. Behind the scenes or in the front row, it doesn’t matter. Everybody has a story to tell and we want to allow them to tell that on our site.

What does the future of The Thick look like?
You can expect anything and everything. It’s incredible the amount of cross-pollination the site is capable of. We have models, actors, and chefs wanting to participate right now. The sky’s the limit on a platform like this. The type of creative individuals we’re focusing on appreciate an outlet that allows them to dictate the conversation. We really let them take control and share what means something to them.

The visuals are amazing! Can we expect any long-form content, too?
I hate the phrase online magazine, but I’ve never seen a truer representation of what an online magazine is: something you read that functions as a website, but really gives you that feeling of a magazine. I’m tired of scrolling through articles and never knowing when something’s gonna end. The beauty about The Thick is that even in long form, you’re never being presented with more information than you want at any given time. Some features are 1,000 or 2,000 words long, but they’re presented in a way that’s digestible.

Walking Down The Aisle! With Dennis Basso