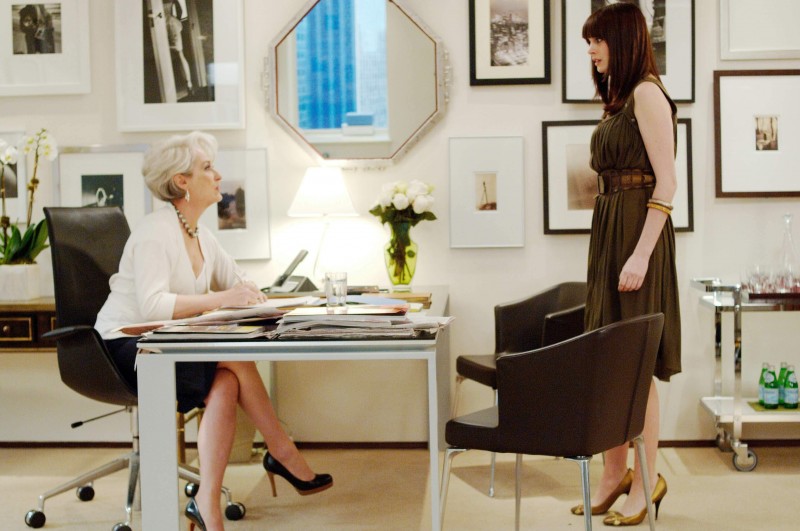 While the actual Anna Wintour might be dipping her toes into the comedy scene (well, kind of), Miranda Priestly has her eye on Broadway. That’s right, Lauren Weisberger‘s 2003 novel, The Devil Wears Prada, which was based on her travails within the hallowed halls of Vogue is being adapted into a musical with producer Kevin McCollum at the helm. This of course follows the 2006 film based on the novel, which went on to make over $300 million at the box office. McCollum’s previous credits include Rent and Avenue Q. Few details about the play have been disclosed, such as who is writing the score or who’s playing Anne Hathaway‘s Andrea Sachs or Emily Blunt’s Emily Charlton, but we would like to suggest Patti LuPone taking on the role of Priestly. That’s all.