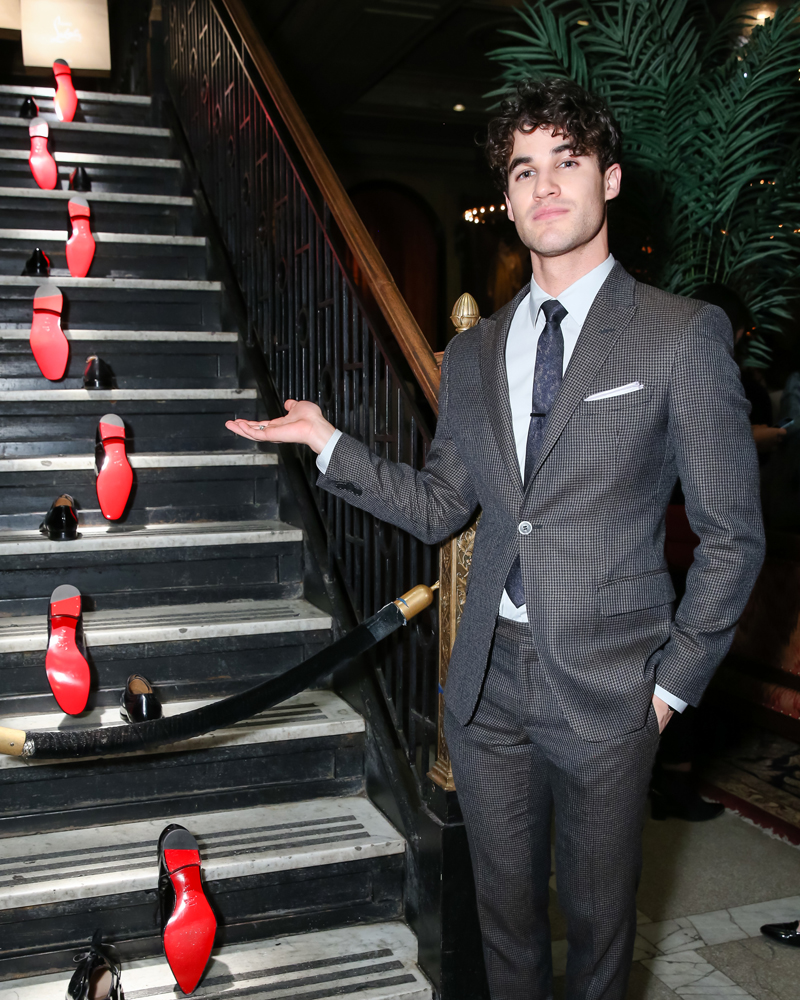 The Broadway and fashion world rubbed elbows last night to celebrate Darren Criss and his return to the boards in Hedwig and the Angry Inch, which he’s killing it in, through July 19th. Christian Louboutin (who Criss frequently wears) and Bergdorf Goodman hosted a party at The Jane Hotel in the Jane Ballroom, which was fitting as Hedwig began in 1998 at the Jane Street Theatre. The evening brought a special performance by Criss (who opted out of performing anything from the show on his night off) and Cole Ramstad and the Chinatown All Stars. From the fashionsphere we spotted Todd Snyder, Richard Chai (who dresses Criss for his live shows), Brendan Fallis, Bee Shaffer, Julie Henderson, BG men’s fashion director Bruce Pask, while Idina Menzel, Andrew Rannells, Robert Lopez, Stephen Trask, Rebecca Naomi James, Peter Yankowitz, and Nikki James represented The Great White Way. Perhaps the most surprising and random guest was late arrival Paula Abdul who is in town for the Fox upfronts and gets our vote as friendliest celeb on the planet. The So You Think You Can Dance judge posed for pictures, chatted with guests, and spread the Paula glitter to all who entered her orbit. Straight up.

The Daily Roundup: No. 21 Attracts An Unexpected Investor, Louboutin Heads Back To Court