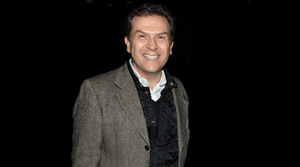 Coco Rocha, currently a supermodel, has been named contributing editor at PC Magazine.

Lalena Luba, formerly VP of communications at BCBGMAXAZRIAGROUP, has been named VP, PR and strategic development at KCD Worldwide.

Lalena Luba, formerly VP of communications at BCBGMAXAZRIAGROUP, has been named VP, PR and strategic development at KCD Worldwide.

Anita Pandian, formerly freelance digital publicist at KCD Worldwide, has been named publicist at the company.

SHO + CO announces its representation of Halston and Gents for VIP services.

Post+Beam announces its representation of OYE Swimwear and lokai.