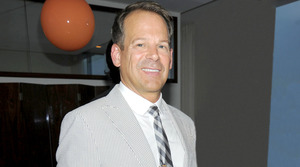 Deborah Cavanagh, formerly SVP of brand marketing at LOFT, has been named SVP and Chief Marketing Officer at Coldwater Creek.

Diane Ellis, formerly president and CEO of Brooks Brothers, has been named CEO of The Limited.

Jessie Williams, formerly showroom assistant at Etro, has been named public relations assistant at the company.

Jake Rivas, formerly design direction at The North Face has been named VP of footwear design at Ariat.

Dawn De La Fuente, formerly head of global marketing and communications for Incase, has been named VP of marketing at Alternative Apparel.

Jana Glowatz, formerly fashion and accessories director at Blink PR, has been named CEO and Founder at JANA Public Relations.

Jordan Morgan, formerly intern at Pivotal Public Relations, has been named publicity assistant at the company.

Stephanie Sarmiento, formerly an intern at samantha slaven publicity, has been named PR assistant at the company.

PLUS! PR Intel…
Krupp Group announces its representation of Milly.