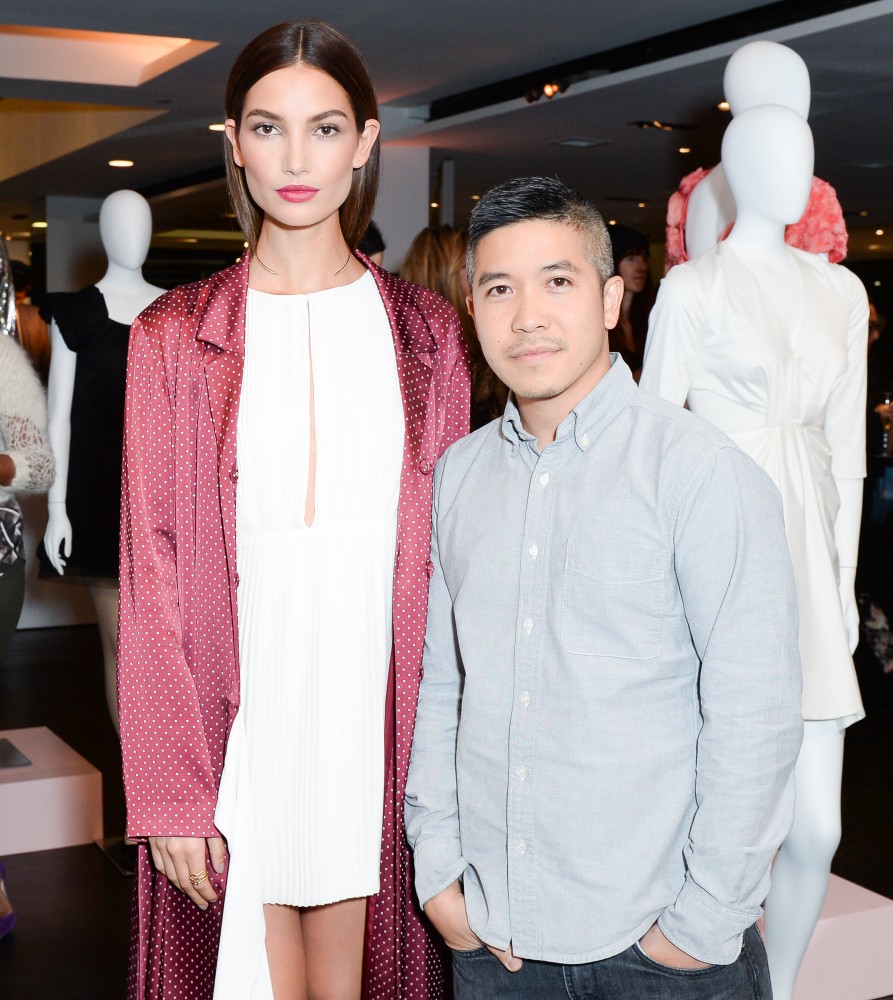 “This feels f*cking awesome. I feel young,” Thakoon Panichgul said last night at Barneys New York. To fete the designer’s 10th year of business and the launch of the XO Exclusively Ours collection, the department store was transformed into a Thakoon wonderland. All windows and 7th floor mannequins were decked out in looks from the designer, some even reprised from past collections. “We just launched bags in conjunction with Barneys. So, everything is icing at this point. I feel like I baked the cake! Now everything else from now is just fun. We’re looking at stores, and opening other categories, so it’s really exciting.”

“Thakoon brings a playfulness and wearability to luxury that is irresistible to every straight guy in New York,” financier Euan Rellie said while wiggling through the crowd of lithe party-goers including Stephanie LaCava, Giovanna Battaglia, Sara Battaglia, Jennifer Fisher, Eva Chen, and Eugenia Gonzalez. The  designer’s co-host for the evening, Lily Aldridge, arrived sporting a slinky boudoir look and gushed about her BFF-designer. “His clothes speak for themselves; they’re beautiful and classic,” she told The Daily, “Even after 10 years, they’re still so relevant and still so cool. They’re warm and welcoming and smart, and he’s so charismatic. He really just lights up a room.”

Panichgul continued to light up the room as he paid homage to the chic retailer. “Barneys is so loyal and incredible; they believed in the collection from the very beginning. I have such a good rapport with them, because they’re very honest. When they believe in a brand, they do it with conviction.” After the in-store event, Barneys’ Mark Lee hosted a private dinner for the designer and friends at East Pole. The big celebration continues as Thakoon’s exclusive capsule collection for Barneys arrives at the store’s Beverly Hills outpost.
ZACHARY WEISS