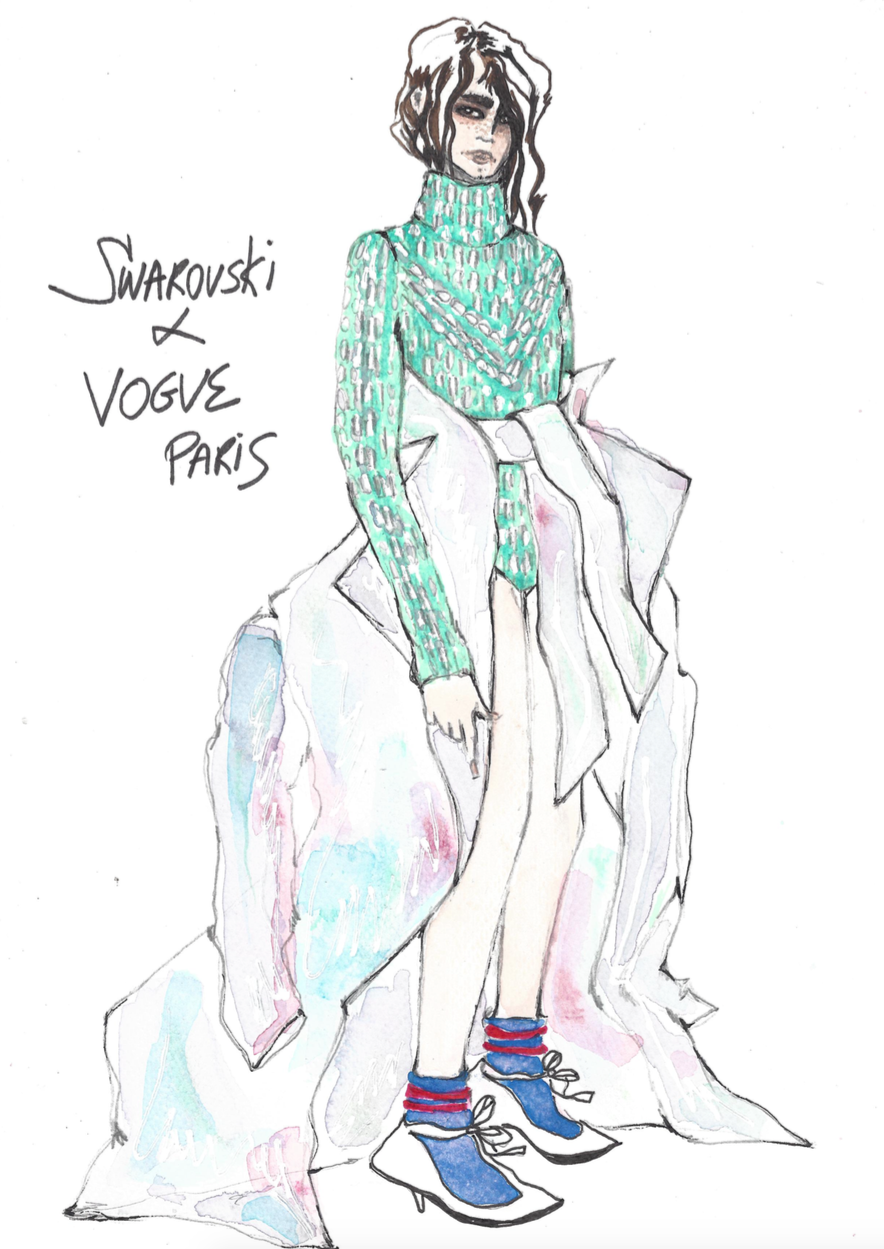 Swarovski and Vogue Paris have announced a collaboration that’s about to garner some major sparkle. In celebration of the inaugural Vogue Fashion Festival in Paris, Swarovski and the glossy have enlisted nine designers to contribute to a capsule of clothing, titled Vogue Paris x Swarovski Crystal Collection. Each designer was tasked to design one look—embellished with Swarovski crystals, of course—scheduled to launch on November 4 at the City of Light’s Hotel Potocki. On the lineup? Vanessa Seward, Wanda Nylon, Ronald Van Der Kemp, Nina Ricci, Wales Bonner, Courrèges, Faith Connexion, Facetasm, and Y/Project, together using more than 290,000 Swarovski crystals throughout the collection. “It is a great honor for me and the Maison Nina Ricci to have been chosen by two admirable and renowned institutions to take part in this project,” said Guillaume Henry, Nina Ricci’s creative director. “For this collaboration I decided to entirely cover one of the dresses from our first collection in Swarovski crystals. By treating the crystals as a color rather than an embellishment we reinterpreted a garment which I believe is recognizable as an iconic Nina Ricci dress.”

In addition to the festival, all of the designs will also be featured in Vogue Paris‘ November issue, which hits newsstands on October 27. The collection will then be donated by Swarovski through the Vogue Paris Foundation to the Palais Galleria, the City of Paris Fashion Museum, where the pieces will be on view to the public. We’ve rounded up some of our favorite sketches below, as well as each designer’s inspiration behind their look.

Courrèges: Excited by Swarovski’s Crystal Fabric innovation, the designers chose to create an iconic Courrèges look in a silver shade with a futuristic feel. The jacket and the mini skirt are fully embroidered while the shoes combine crystal fabric and leather.

Condé Nast US and International to Merge,...