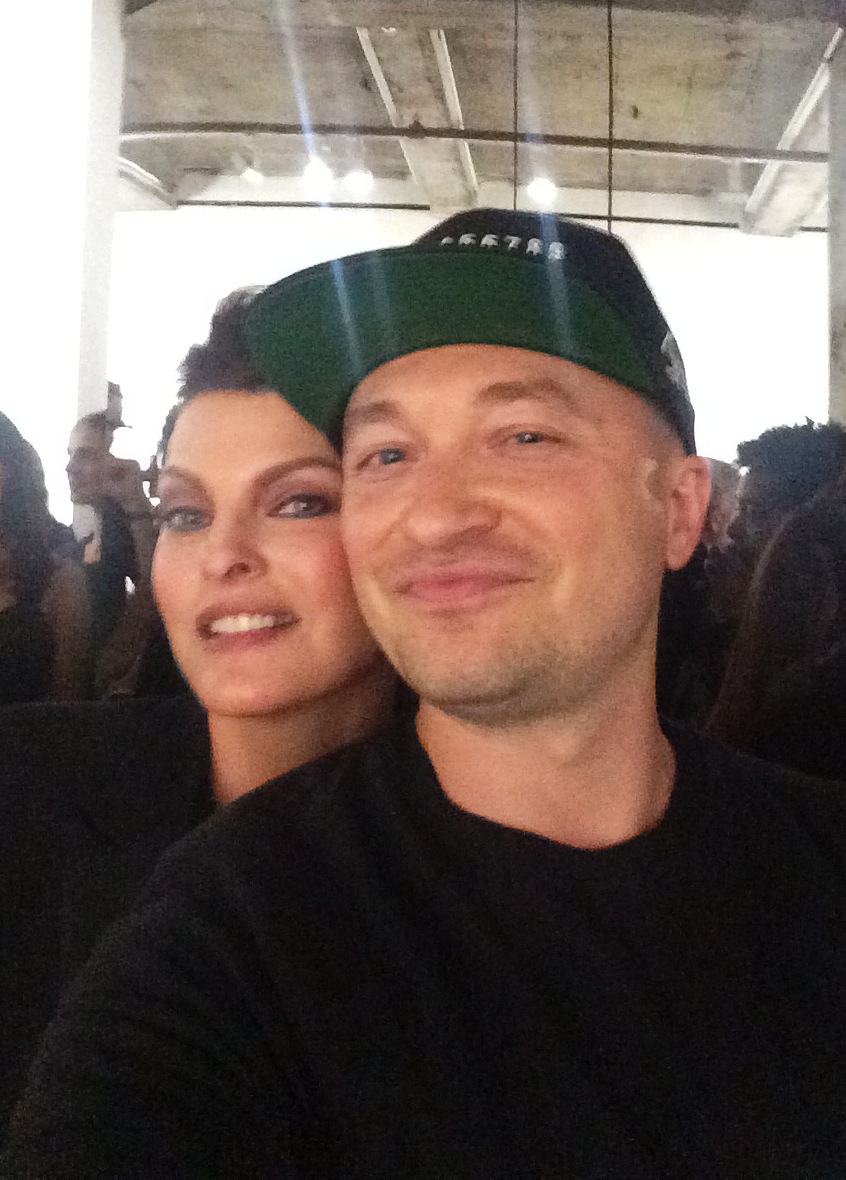 What do you need after an exhausting NYFW? A dose of Sergio Kletnoy, of course! The right-hand man to Cosmo EIC Joanna Coles filled us in on his fairly un-fashion-y week. Enjoy, darlings!

While most of you prepped “looks” for weeks, coordinating one too many extravagant outfits so that you can skip from fashion show to fashion show, I did my best to stay cool calm and unbothered by the circus that is #NYFW. Don’t get me wrong, watching fashionistas is my favorite pastime, I just don’t have the patience to do the whole grind myself. Naturally the last few weeks have been filled with the uzhe: organizing JoCo’s fashion week tickets, making sure she had regular hair blow-outs, organizing monthly trips to Washington DC and Los Angeles and running around town picking up latest fashions for THE BOSS’ front row dates with the paparazzi and making herbal tea by the gallons.

I do my best to keep a low profile during Fashion Week, for the same reasons I avoid taking the train during rush hours… But I did manage to squeeze in a few after-work events.

First up the Cinema Society premiere of The Identical starring Ray Liotta, Seth Green, and Ashley Judd. The film is about twin brothers separated at birth during the Great Depression (yes, that’s a real thing… #LookItUp). One brother, let’s call him Elvis, becomes a worldwide superstar, the other, let’s call him Elvis-lite struggles to balance his love of music and pleasing his minister father. Best part about the film was seeing Marisa Tomei at the after party…That’s all.

I also attended the Prada and The Cinema Society screening of The Weinstein Company’s The Disappearance of Eleanor Rigby, starring Jessica Chastain and James McAvoy. Major Oscar buzz for this dark and depressing drama about a couple who broke up, moved on, but not really, tried getting back together, and totally confused me for over two hours. Sappy love stories are not my cup of tea, but seeing Duran Duran’s Nick Rhodes in the flesh at the after party held at Indochine totally made up for it.

Oh, there was also an encounter with my all time favorite supermodel, Linda Evangelista, at the Nars 20th anniversary party, I walked right up to her and said…
Me: I fell in love with you when I first saw your face in the Kenar billboard in Times Square back in 1992.
Linda: [Smiles] Oh my God, you were a baby back then.
Me: I wasn’t a baby, I was 15!

I asked for a photo, she happily obliged. She found her light, posed like the true goddess that she is, and disappeared into the crowd.

That’s all for moi. I’ll be back soon, until then have a great weekend and be sure to check out my favorite new tunes below. You can also follow me on Twitter and Instagram at @SergioKletnoy

OBSESSED:
“The Pressure” by Jhene Aiko
“Kiss And Tell” by La Roux
“Necessary Evil” by Nikki Yanofsky
“Lay Your Love Down” by Wolf Gang
“Want Your Feeling” by Jessie Ware
“Tribes” by Theophilus London & Jessie Boykins III
“Elevation” by Erasure
“Jealous” by Nick Jonas
“Strange Enough” by VÉRITÉ
“Up We Go” by Lights
“All Of Time” by Avec Sans
“Right Now” by Mary J. Blige
“Closer” by Rae Morris
“Lose You” by Nick Gardner
“Deep” by Jones
“Somebody Loves You” by Betty Who
“Heart Out” by The 1975
“Let Me In” by Kleerup & Susanne Sundfør

Kirsten Dunst Dishes On Movie Costumes To The Edit