Kirsten Dunst Dishes On Movie Costumes To The Edit 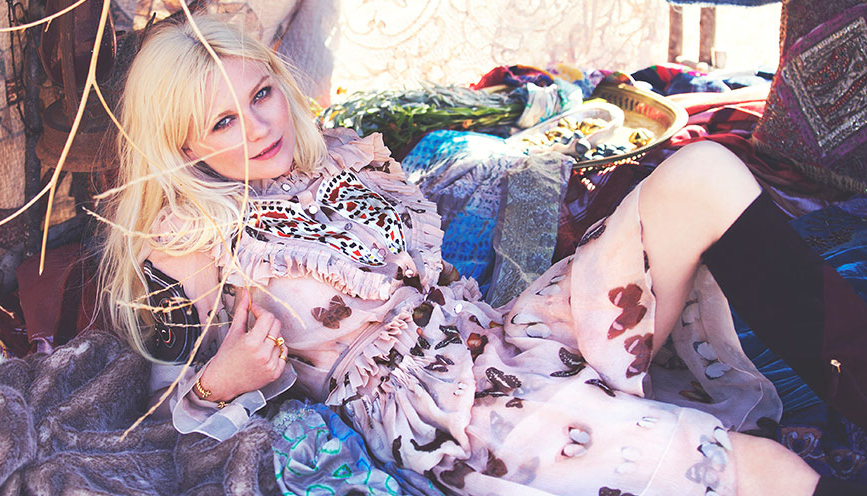 Kirsten Dunst for The Edit

In the latest issue of Net-A-Porter’s online mag The Edit, actress Kirsten Dunst revealed in a video her favorite and least favorite costumes from her movies. Her fave? “I would have to say Virgin Suicides,” said Dunst. “There was such an ethereal and eerie quality to the costumes.” Her least favorite? “The costumes for Marie Antoinette were obviously amazing, but it’s not fun to wear corsets,” said Dunst. “Period films aren’t so fun to shoot after lunch.”

Meanwhile, in a profile on the site, Dunst discusses the disadvantage of sticking to Indie films despite the street cred. “You forget that not everyone goes to see independent films,” said Dunst. The other day this guy said to me: ‘Were you in the Spiderman movies?’ When I said yeah, he asked: ‘Do you make movies anymore?’ For most people, if you’re not in mainstream cinema, it’s like you’ve vanished.” She goes on to discuss everything from having to think about her look before leaving the house, what she thinks about fillers, and feeling content with her body. “I don’t criticize myself more than is healthy, because there’s such a lot of that, isn’t there?” said Dunst. “Whether it’s girls among themselves or gossip magazines, it’s all about women tearing apart other women. I don’t get why that’s so prevalent right now.” The editorial feature by Celia Walden was shot by David Bellemere; it shows Dunst in a myriad of romantic hippie looks by everyone from Valentino to Etro and Givenchy. Check out the full interview HERE!