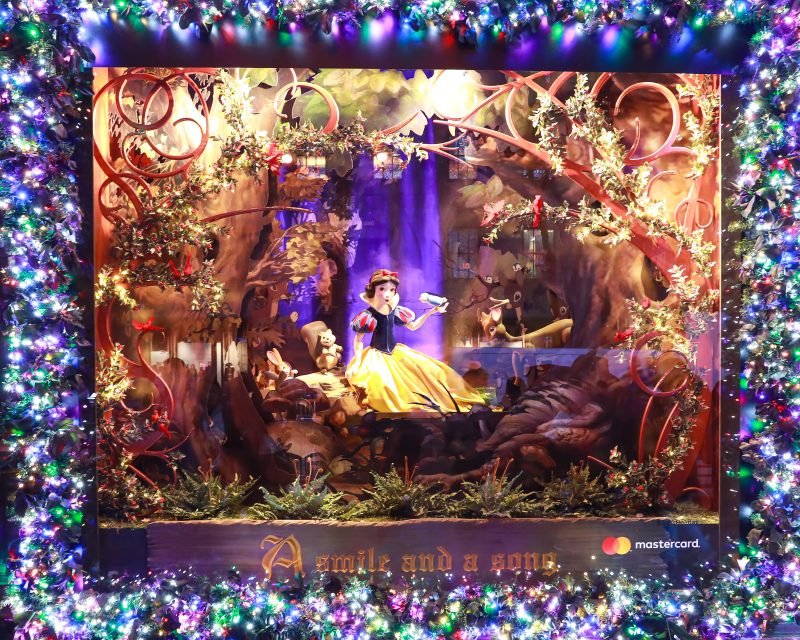 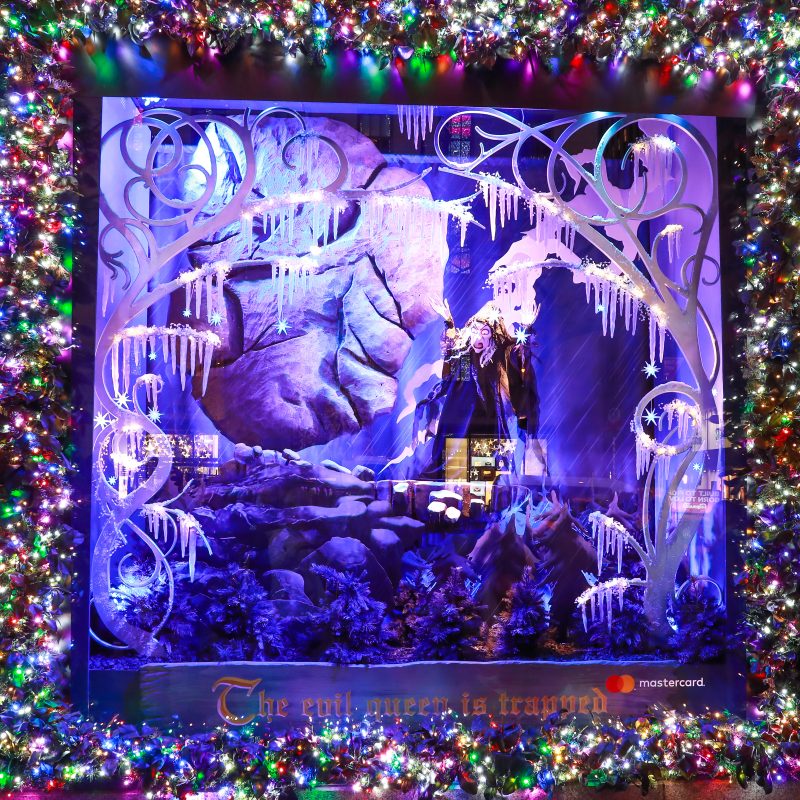 Saks Fifth Avenue held its massive holiday window unveiling last night. This year, the retailer partnered with Disney to celebrate the 80th anniversary of Snow White and the Seven Dwarfs and transformed all 14 of its Fifth Avenue-facing windows into scenes from the film. The vignettes, which were presented by Mastercard, included Snow White dancing with woodland creatures, the seven dwarfs Heigh-Ho!-ing, and the Wicked Queen concocting her spell with the infamous red apple.

Four designers known for their eveningwear were tapped to bring in a fashion element to the celebration. Alberta Ferretti, Naeem Khan, Monique Lhuillier, and Marchesa created one-of-a-kind fairytale gowns inspired by Snow White and the Seven Dwarfs.

Saks president Marc Metrick and Disney Consumer Products and Interactive Media Chairman Jimmy Pitaro hosted the celebration, which included a 10-story-tall theatrical light show and a performance from Sofia Carson, the recording artist and actress from Disney’s Descendants, which was set to a backdrop of a 40-person choir and performances from Snow White, Snow Prince, and the seven dwarfs. With children in tow, Naomi Watts and Neil Patrick Harris and David Burtka swung by to check out the spectacle that was a year in the making.

The window animation and light show will continue throughout the holiday season until January 2, 2018.

The Wing Raises $32 Million in Series B Fundraising