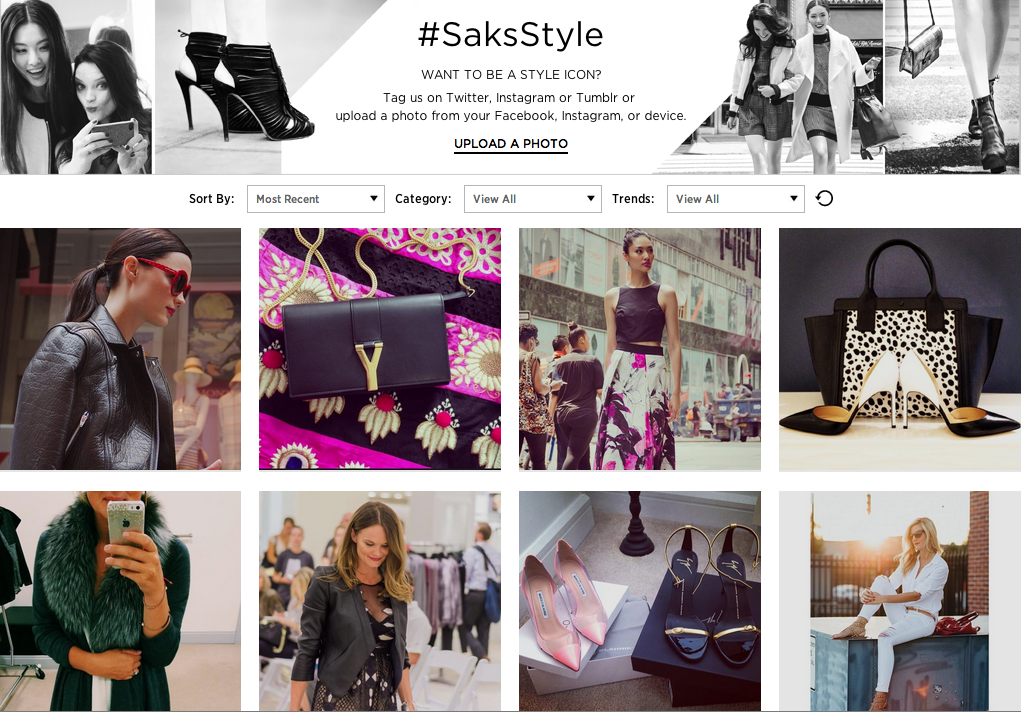 Yesterday Saks Fifth Avenue kicked off their new social media campaign in partnership with marketing and analytics suite, Curalate, during a breakfast in the luxury retailer’s much lusted-after shoe department (you know, the one with its own zip code). The new platform called “#SaksStyle” will post selfies from customers while they are shopping at Saks on Saks.com. What does that mean, exactly? While you shop you can snap a photo of your favorite pair of Christian Louboutins, those Tamara Mellon sexy heels you’ve had your eye on, or that pair of lacy or quilted Chanel sneakers you spotted on Karl’s runway, and share those chic kicks with other users. Expect a major case of shoe envy!

But it’s not just about the shoes, darlings. The #SaksStyle hub will aggregate photos from users in every department from ready-to-wear to jewelry, men’s and women’s through Instagram, Twitter, Facebook, and Tumblr. Now customers can not only vie to become #SaksStyle stars, but also those selfies will be shoppable via just a couple of clicks. Customers will also be able to sort the selfies based on product categories. “We are creating a community where our most style savvy customers can engage, shop looks within photos and create a unique social sharing platform, making it the first of its kind and one of the most holistic shopping experiences in the social sphere,” said director of social media Qianna Smith in a press statement.

To celebrate, Saks Fifth Avenue invited several bloggers, stylists, editors, and influencers to celebrate the occasion by taking selfies in shoes straight out of Saks’ shoe heaven on the 8th floor. Folks like Nicole Helmeid of ShoeLust, Jennifer Cooper of E! Online’s The Fabulist, Teen Vogue’s digital director Dan Koday, and sister duo Rachel and Nicole Effendy of RacheletNicole, were busy snapping away. We were having serious shoe and outfit envy over the latter two in particular! To see what they were picking out, head over to #SaksStyle and snag the stylish duo’s footwear.