UPDATE: Ruschmeyer’s is Carrying on the Show After Shock Etiquette Closure 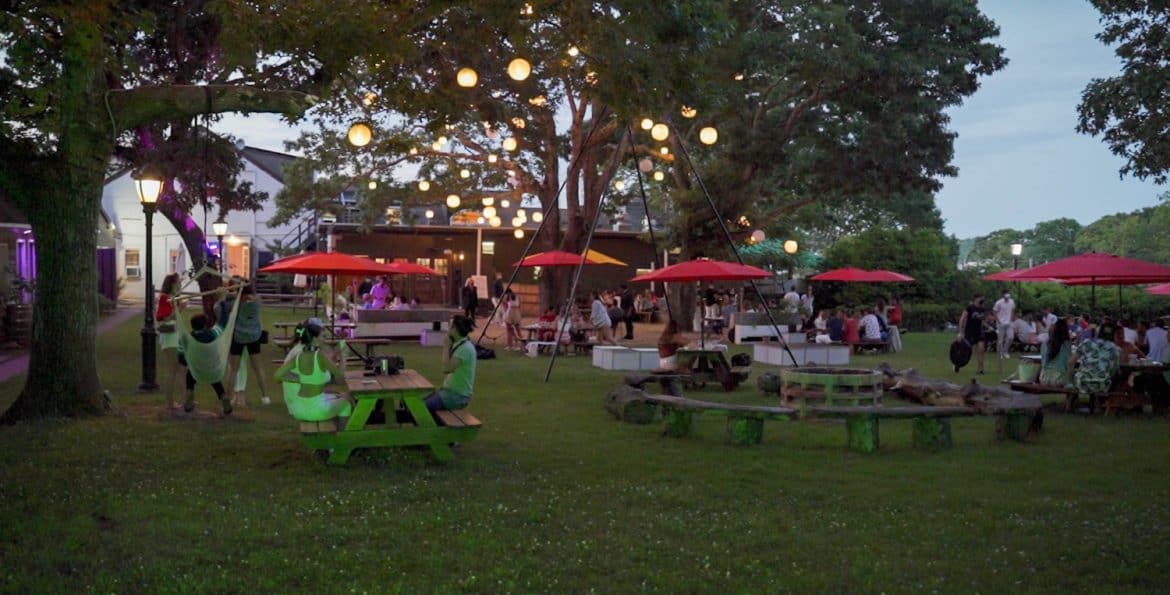 Last week we reported that Ruschmeyer’s pop-up outdoor dining concept Etiquette was shuttering, as the town of East Hampton “made it impossible” to continue into August.

However, Ruschmeyer’s have announced they will remain open for an extended period this season, serving folks who have relocated Out East up until November.

“We’re staying positive by focusing on the good. We have 10,000 square feet of outdoor dining space: plenty of room to enjoy a meal without worrying about spacing,” he told the Daily. “We’ve a new, elevated cocktail program that we know our guests will enjoy and we have re-worked the menu alongside chef Giuseppe Lentini.”

The world is your oyster ✨ Our new summer menu is waiting for you! Call us for restaurant reservations at 631-528-2649 (reservation only, no walk ins accepted at this time) 🍽 #Montauk

Lentini agreed that it has been a tough season in the Hamps due to the ever-changing guidelines. “The uncertainty of the guidelines during these times have been a hurdle. Ruschmeyer’s always followed and carried out operations in accordance with the rules we were told,” he said. “The problem that kept occurring is that rules were always changing, and not everyone was on the same page. We kept our head up, we kept adapting, and that is what makes us a staple in the Hamptons.”

He continued, “I would ask the city officials to be more business friendly. This has been a hard year for everyone, and instead of turning against each other and making operation difficult, we should be working together to ensure that all these great establishments can come back next summer, and the summer after that.”

Just want to take a second to thank our community, guests and staff for a wonderful July! Looking forward to seeing everyone this August 🙌 Our hotel and restaurant are open 7 days a week! 🍽 #Montauk

Today it was reported that East Hampton’s Town Board sought an injunction to prohibit the swanky Marram hotel from “unauthorized conversion of a retail snack bar to a full-service restaurant with an expanded outdoor cooking area.”

Stephen Meister, attorney for the hotel, echoed Lentini when he told Page Six, “The Marram has had a bar and food service since the 1960’s, which the current owner has tastefully improved. This is brazen local politics—East Hampton politicians doing the bidding of entrenched Montauk residents — who resent anyone else enjoying the beautiful Montauk beach—instead of focusing on the great challenges we now all face, all while making up their own set of rules as they go. The hotel and its owners intend to vigorously defend this frivolous suit, and expect to be fully vindicated.”

The citations come after local businesses blamed the overly crowded Chainsmokers gig for the sudden heightened scrutiny. Southampton-based 75 Main owner Zach Erdem told Page Six, “We’ve been following the rules [but] after the Chainsmokers, [the town] became a big target.”

Erdem even cheekily popped up a sign outside his business saying, “No chain smoking here. We practice social distancing.”

The concept had already been hit with several minor non-Covid-related citations this summer. And after the widely condemned Chainsmokers gig in Bridgehampton which saw thousands of people violate social distancing guidelines, the venture said it was impossible to continue.

“With nightly visits from the fire marshal, the Ruschmeyer’s partnership with the immersive dining experience Etiquette Montauk was a target from the beginning,” Etiquette said in a statement. “After the Chainsmokers performance in the Hamptons, the town of East Hampton has made it impossible for the Etiquette concept, equipped with bottle parades and dinner performances, to continue into August.”

The New York State Department of Health opened an investigation into the controversial drive-in ‘Safe & Sound’ concert, which also included performances by Goldman Sachs chief executive and part time DJ David Solomon. Governor Cuomo said he was “appalled” about the gig. “We have no tolerance for the illegal & reckless endangerment of public health,” he slammed.

Raffia Is Having a Major Moment for Summer 2020