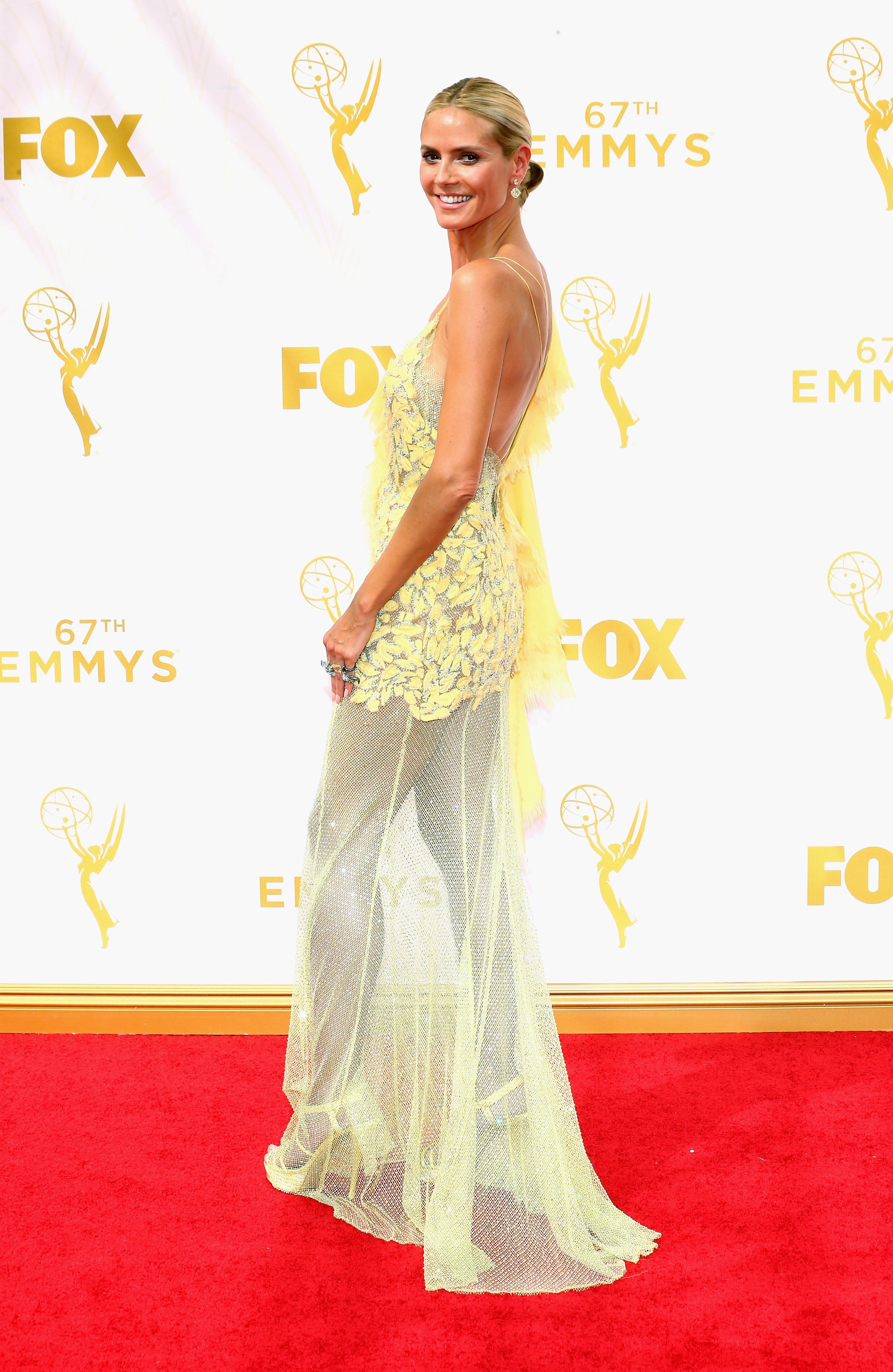 Last week, we caught up with Heidi Klum at the Project Runway New York Fashion Week finale. Here’s what she had to say about the season, plus her favorite moment in “Runway” history.

How was your summer?
I did a little bit of vacationing, but mainly work because I did Project Runway and America’s Got Talent at the same time.
How do you manage to juggle it all?
It’s tricky like it is for every working mom out there! I literally fly back and forth almost every week. Today we have the finale of Project Runway, and as soon as the winner is announced, I’m going back to LA to be with my kids for the weekend. And then I’m coming back to New York on Monday…it’s a lot of traveling and tired eyes.
On last week’s episode, the challenge was to create lingerie for “Heidi Klum Intimates.” How’d they do?
It was very hard for the designers! I thought they’d be more creative and that the looks would be a little bit better than they were. It just shows you how hard it is to make lingerie. I also thought that because they had less fabric to work with, it’d be easier (since they didn’t have to make a gigantic gown), but it actually turned out to be harder for them. They had a bit of a brain freeze designing lingerie.
But, was it the sexiest episode yet?
This was definitely one of the sexiest episodes, but I also have to say that when we had Thunder from Down Under, that was pretty sexy too. Audiences like that a lot—so did we! All of those guys ripping their clothes off and showing off their sexy bodies. It was something for the girls, and this episode with the lingerie was more for the men.
What’s your favorite moment in runway history?
There was an episode two years ago where it rained on the runway and the designers really thought about how to incorporate the rain into the clothes. One designer put color into the seams so when the dress got wet it oozed out the color, and it really became alive. It was a growing piece of art right in front of our eyes.