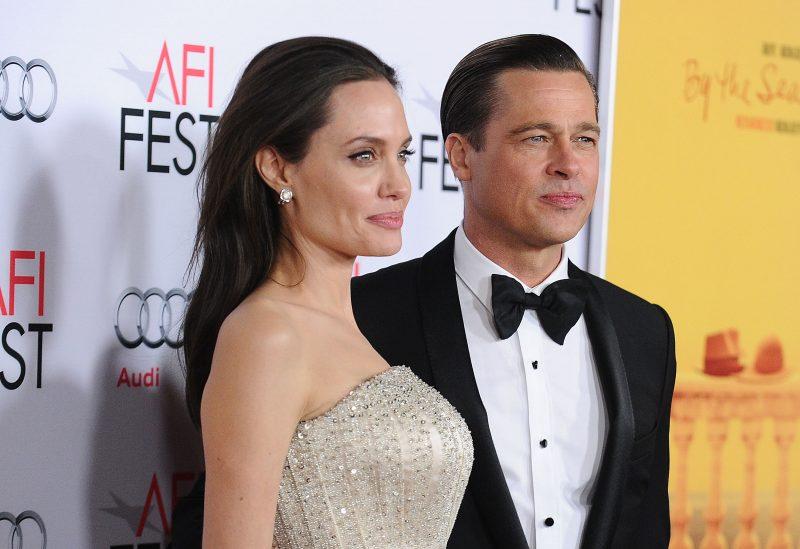 In what may be the opposite of breaking news, is an update on the not-so-private Hollywood golden couple: According to a new report from Us Weekly, it looks like Angelina Jolie and Brad Pitt have put their divorce on hold and may be considering a reconciliation in the future. “The divorce is off,” said a source. “They haven’t done anything to move it forward in several months and no one thinks they are ever going to.” What’s given Jolie a change of heart? Pitt quit drinking and started working on himself, nearly one year after the alleged plane ride fight took place. “He got sober to try and win her back. He knew he had a problem that he had to take care of. And that’s all she ever wanted,” the source added. A reported pal of Jolie’s also commented that the actress would consider taking Pitt back if “he showed he was committed to raising a family.” Since Jolie filed for divorce, Pitt and Jolie have reportedly been attending family therapy sessions with their six children along with individual sessions. In Jolie’s recent Vanity Fair cover and feature, she barely touched on the subject. In Pitt’s recent cover story with GQ Style, he opened up about coping with the idea of divorce and becoming a better father for his children. “I grew up with a Father-knows-best/war mentality—the father is all-powerful, super strong—instead of really knowing the man and his own self-doubt and struggles,” he said. “And it’s hit me smack in the face with our divorce: I gotta be more. I gotta be more for them. I have to show them. And I haven’t been great at it.”

All Aboard! Milly’s Michelle Smith Gives Us the Low-Down on Hamptons Yachting

I hope they get back together. Such a gorgeous couple.