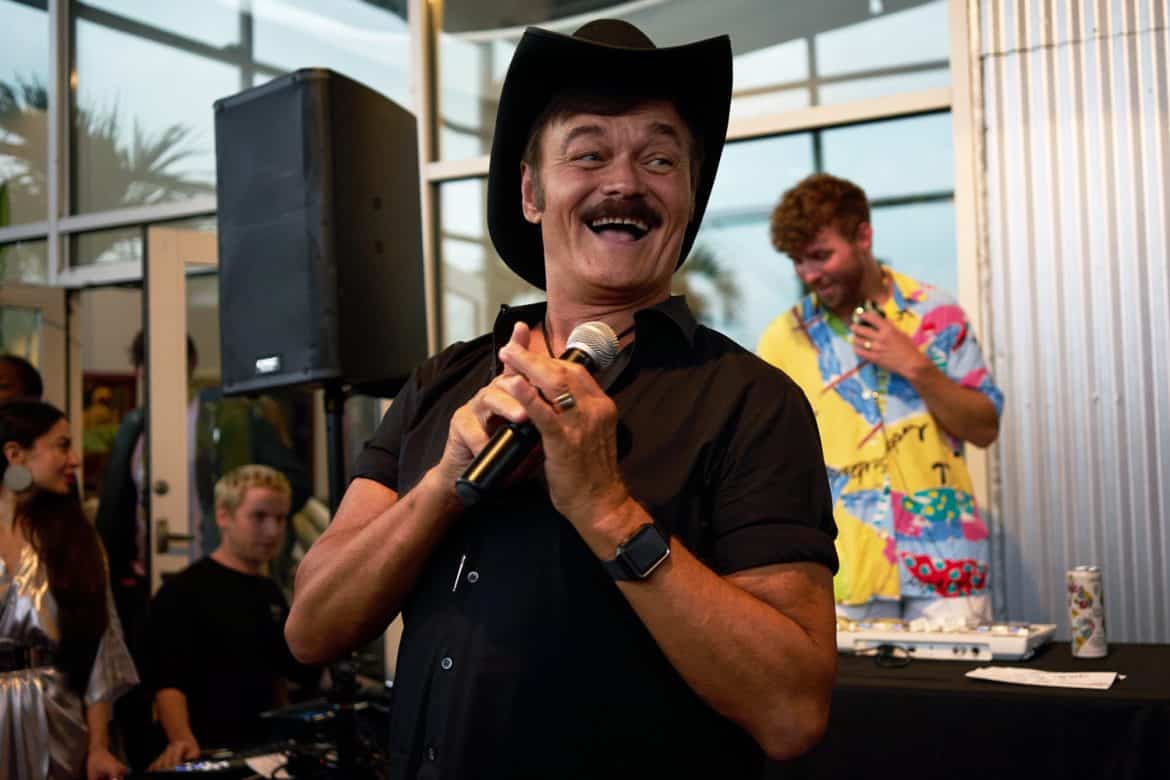 Last night at The Daily‘s Pride bash Randy Jones — the Cowboy from The Village People — treated guests to a lively performance of “YMCA.” After his set Jones took a moment to chat with us about Pride month, and the state of pop culture today.

How is your Pride Month going so far?
Busy as hell! Much busier than a man my age should be. I am supposed to be retired but I keep saying, “Retire from what? Life?” And then I think how lucky am I after 50 years in show business to still be booked consistently and to still be invited to the party… I am very fortunate and very blessed. I have had a remarkably enchanted life of luxury, friendship, and good fortune — I would not exchange anything for it. I am honored and so grateful for my legacy for my time with the Village People and some of the great songs that we have rerecorded.

What drives you to keep making music and perform?
It’s what I do. I have never had a real job. I have never done anything except getting up in front of people: talking, singing, communicating. I have a BFA in theatre, film, and television and I have a masters in choreography and dance. My whole life has been about communication. I have been on stage getting paid since I967. That in itself for me is something that I am proud of.

What do you do when you’re not on stage?
I’ve written three books. My last was called Macho Man: The Disco Era and Coming Out of Gay America. I speak about 15 to 20 times a year with groups on pop culture and social issues. I was born in 1952 so I can go back and talk about all of the major social changes in our country: the civil rights era, women’s rights, gay rights, the Vietnam war. All of the changes that happened in New York in the ’70s, ’80s, and ’90s. I do about 30-35 concerts a year. I shot a movie this year. I have a comedy show on Amazon called Danger Health Films. I am busy!

What I am most proud of is the fact that my mother, who is 87-years-old, loves me and loves doing stuff with me. And that I have been with my husband for 35 plus years!

Congratulations!
I know. It is a perfect time to celebrate and brag about that with Pride. Those of us who are older remember what it was like before Stonewall, before Marriage Equality and before a lot of the things that younger people take for granted. I would like to hope and think that younger generations would be curious about the history of what happened before they came of age. So many people struggled for a long time, and lost, and gave up so much for all of the wonderful progress that we have had today. It is imperative that we realize that we all — my generation and the ones before — stand on very broad shoulders of people who worked really hard to get us to where we are today. That is the best lesson coming out of Pride every year, especially on the 50th anniversary of Stonewall. 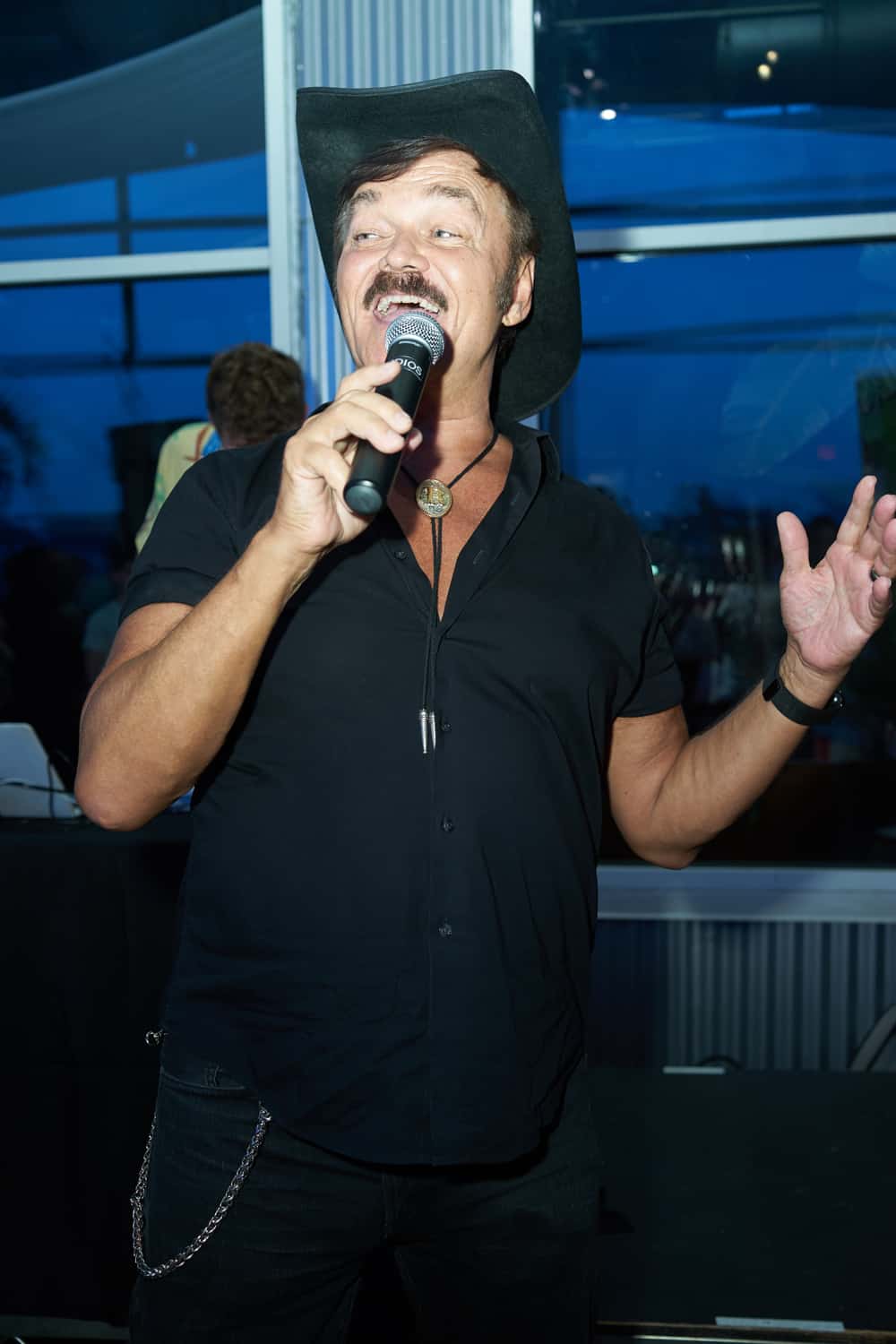 Are there any musicians or performers you’re excited about today?
There’s some really good stuff [out there]. I knew of Stefani [Germanottta] before she became Lady Gaga. I was retaken with her when I saw her performance in A Star is Born. I am in awe of the talent of Bradley Cooper. I’ve seen many of his performances but he outdid himself with that movie. He not only starred in it, sang in it, co-wrote it and directed it! Who does that these days? Stefanie impresses with every performance.

Someone that surprised me was Miley Cyrus, actually. There’s a lot of great talent. Diana Ross in Central Park was great. Cher is an incredible human being. We were on the same record label a few years back in the ’70s. I love what Bette Midler does. She’s been very true to herself, I’m a huge fan. As you can tell I like a wide variety of stuff.

Is there anything you don’t like?
I’m not a fan of reality TV. It’s done a lot in the past 20 or 30 years to elevate what I think of as ill behavior, and puts it in front of people who watch an inordinate amount of it who think, “I don’t aspire to be a doctor or get an education. I want to be on TV for 15 minutes and be famous!” I can tell you, that is not going to sustain you as a human being.

What kind of ill behavior?
People arguing and cursing and throwing drinks in each other’s faces and calling each other’s names… you’re mother wouldn’t want you to act that way. We have kids who think, “I want to be like that one.” That may sound stodgy of me, but young minds are impressionable and so many times they cannot discern between what is real and what is not real. Especially when they are being sold the idea that this is “reality” TV and there’s nothing real about it.

What have you been up to lately?
I have a new whole collection of songs that come out at the end of this year. The album is called “Still Making Noise.”

Larsen Thompson Is on the Way to Become America’s Sweetheart

Brandon Maxwell and the Hardest Thing About...