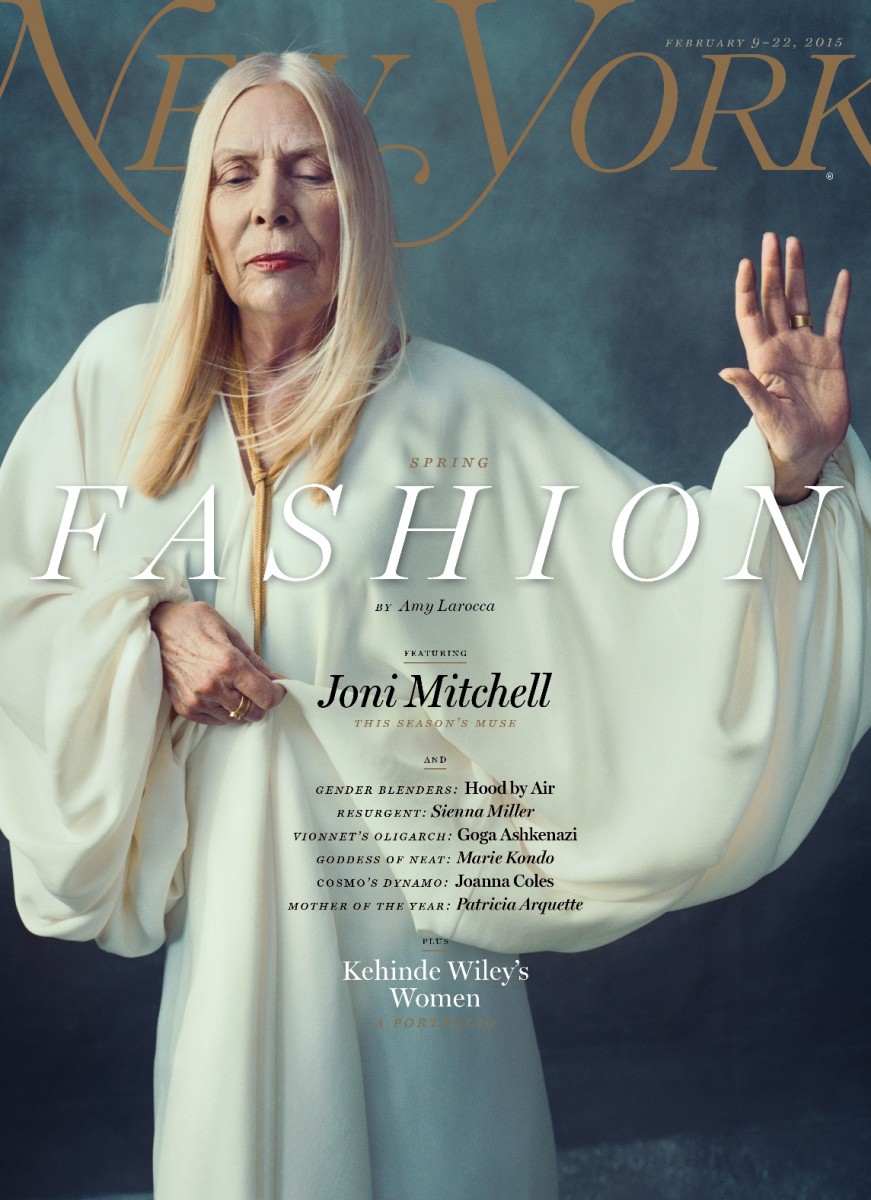 The season of the seasoned leading lady continues! This time, it’s a cover cameo, not another campaign: Joni Mitchell fronts New York‘s biannual fashion issue. Check out the full feature here; Carl Swanson penned the story, and Mitchell was shot by Norman Jean Roy (who did that epic Harper’s Bazaar March subscriber cover of Rihanna cavorting in the mouth of a shark). The septuagenarian is currently the face of Saint Laurent’s Spring ’15 campaign. The B&W ads were unveiled early last month, just days after news hit of Joan Didion‘s turn as Céline’s campaign gal. What else is in New York‘s Spring fashion issue? A portfolio of Spring ’15 looks modeled by artist Kehinde Wiley‘s muses (the artist’s retrospective at the Brooklyn Museum opens on February 20), a feature on Vionnet’s Goga Ashkenazi, Cosmo‘s Joanna Coles on “38 Hot Sex Moves That Will Make You A Better Feminist”, and a feature on Hood by Air entitled “Post-Everything Fashion.” The issue hits stands today.

Is Marco Zanini Headed To Pucci?

Rihanna Is Releasing a Visual Autobiography