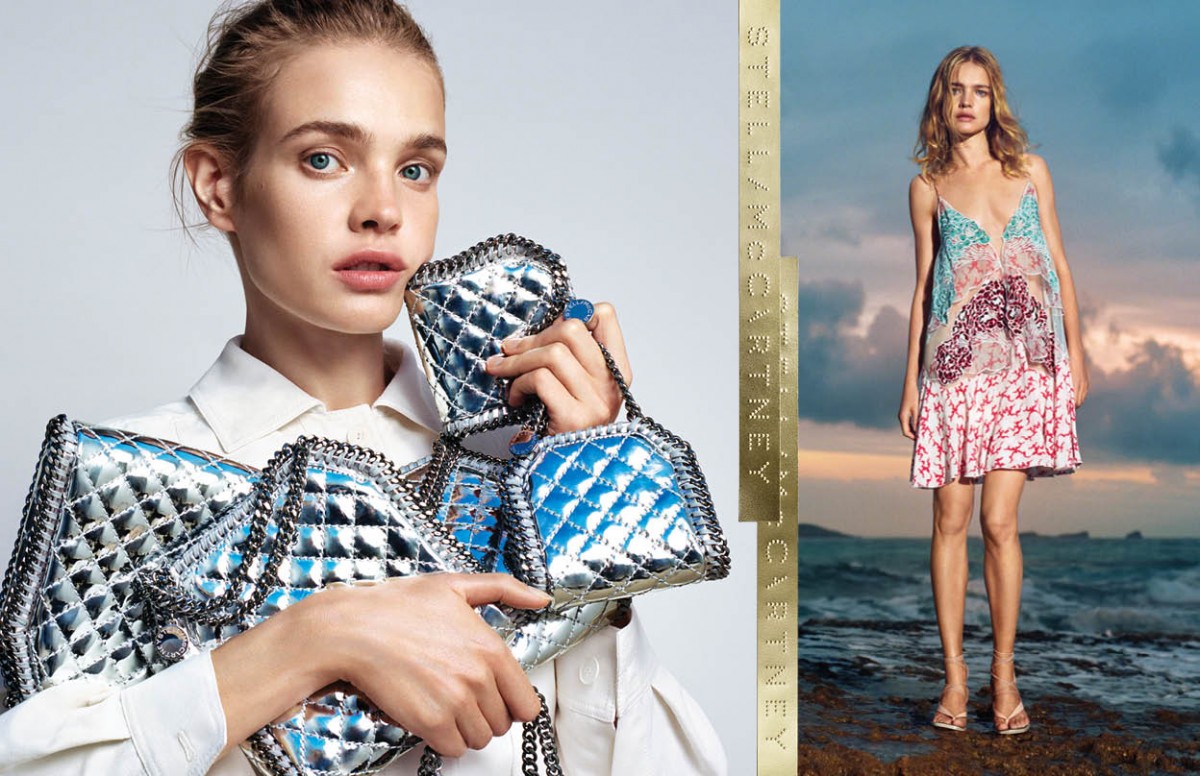 Stella McCartney has tapped Natalia Vodianova to be the face of the brand’s Spring 2015 ad campaign. It’s the baby-faced beauty’s seventh time as the face of the brand. The 32-year-old supermodel and mom of four was shot by photographer Harley Weir clutching a cluster of silver quilted Falabella bags, the brand’s now-iconic “it” bag. Vodianova, who dons a sundress oceanside in Ibiza in the shots, looks totally fresh-faced thanks to makeup artist Gucci Westman, complemented by beachside locks by Duffy. The campaign will run in March issues and a short film featuring Paul McCartney‘s 1971 track “Ram On” will also be released with the campaign. The brand plans to run the ad in Vogue, Harper’s Bazaar, W, Elle, V, and Interview as well as several international publications.