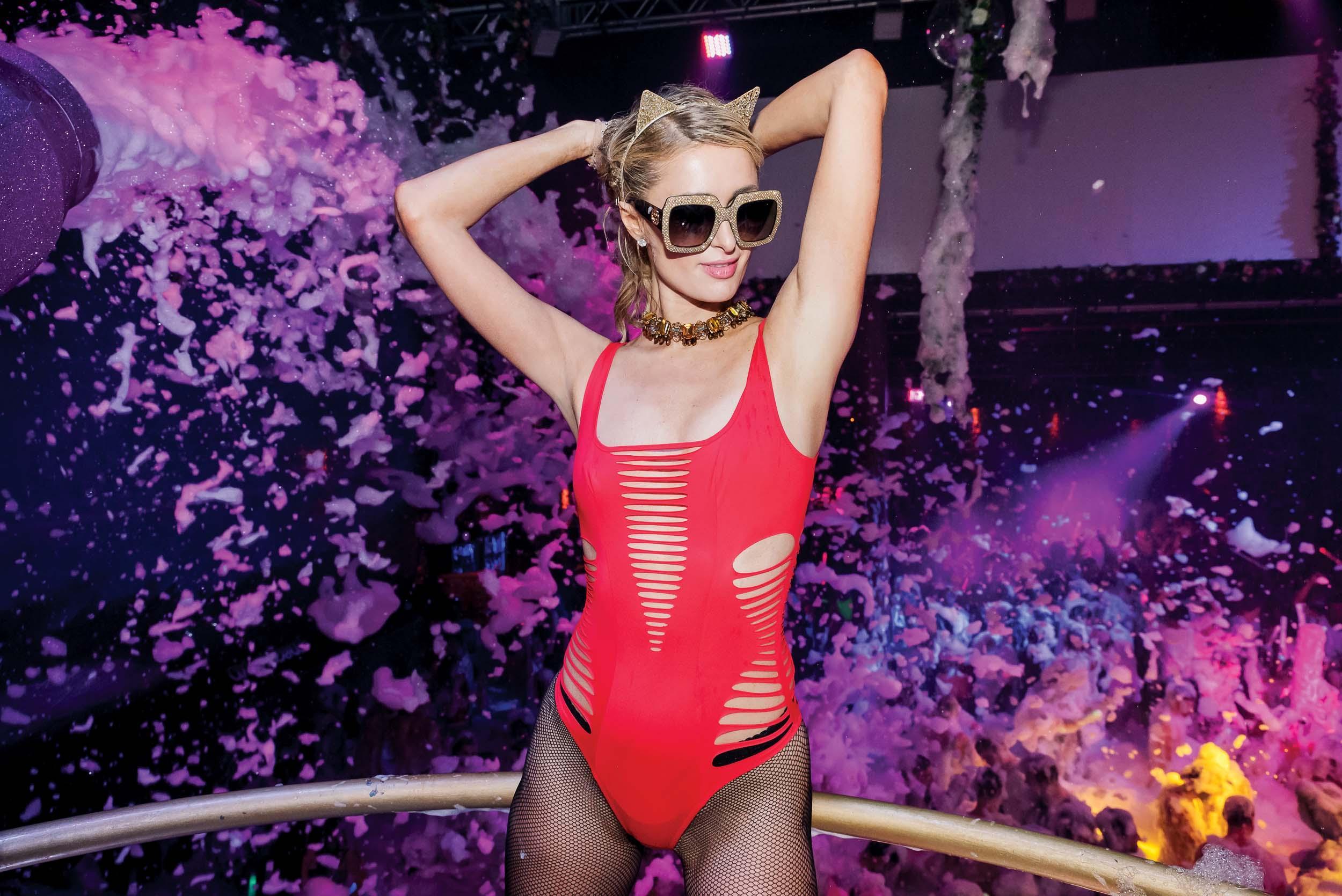 Paris Hilton on Her Not-So-Simple Life in Ibiza 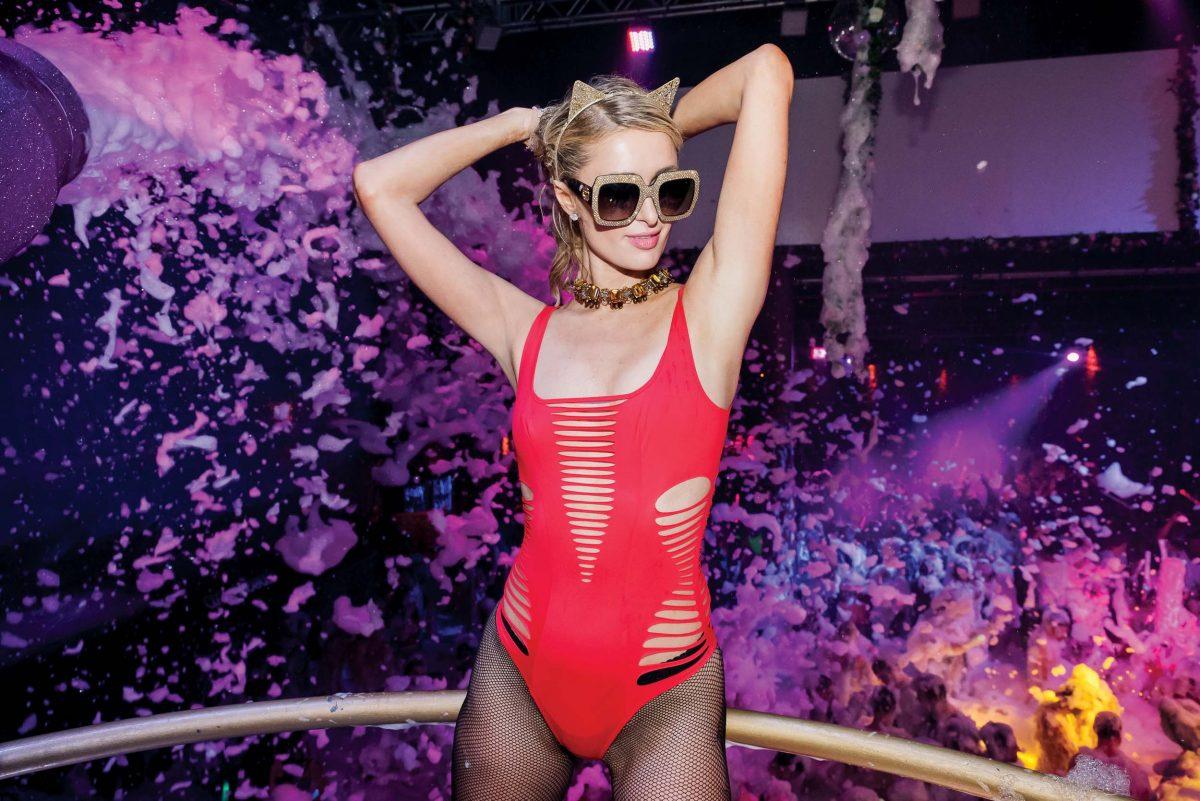 While Paris Hilton grew up summering in the Hamptons, these days, you’ll find her 3,871 miles away from the East End in Ibiza, Spain, where she’s a resident DJ at Amnesia, the island’s hottest club.

When did you discover Ibiza?
When I was 17, but I wanted to go earlier. We were living at the Waldorf Astoria in New York. My dad was about to get Nicky and me tickets. He was telling the concierge at the hotel that we wanted to go, and the guy was like, “No, Mr. Hilton, that’s a party island, don’t let them go!” My dad came back upstairs and said, “You’re not going until you’re 18.” But I made it at 17 when I was in London—my friend was taking a jet there. After that, I’ve never missed a summer. It’s my favorite place in the world.

How has Ibiza changed over the years?
Dramatically! It’s like a completely different island. St. Tropez used to be the place to be—I went every single summer since I was 14. Now, the entire St. Tropez crowd has moved to Ibiza. The island is so full that there aren’t hotel rooms available.

How would you describe the Ibiza culture?
It’s the most magical, spiritual, special, and beautiful island in the world. It’s full of love, music, happiness, and positive energy. The nightlife is insane, and it’s so beautiful in the day with the clear blue water.

What are some of your best memories from your early days going there?
I remember the first time I went to the foam party at Amnesia when I was 17. I never knew what a foam party was before that. I told the owner how amazing it was and how I’d love to play there one day. Little did I know that I would be their resident DJ for the past five years now. It’s a dream come true. Going to Ibiza is one of the first reasons I wanted to be a DJ.

How much of the summer do you spend in Ibiza these days?
For the past four years, I’ve been going directly from the Cannes Film Festival at the end of May during the opening of Ibiza to the closing in October. I used to spend half my year there. I’d DJ every Saturday at my party and would tour around the world and jet in and out of Ibiza for five months. Now that I’m in a serious relationship [with actor Chris Zylka] and my boyfriend has his film projects, I can’t do the residency for the full five months, so this year, I’ll be there in July and August. I can’t wait for the summer.

Has Chris been to Ibiza?
Never, so I’m excited to show him the island. We’ve been watching all the videos of the party online. He can’t wait to see me perform. There are so many romantic restaurants on the beach. I think it’ll be a more chill and relaxed summer than I’ve ever had. In the past, I’ve had my girlfriends fly in, so I had to entertain them. But he doesn’t care about going out—he’d much rather just be in bed with me watching TV and relaxing.

What’s a typical night in Ibiza for you?
When I perform, I’ll start with my sound check. Then I’ll get ready, have dinner at Cipriani, and bring the whole crew over to Amnesia. I have meet-and-greets with my fans, so I’ll take pictures and sign autographs. I start DJing around 4 a.m. and play for two or three hours. Around 7 a.m., I start spraying the foam—the foam party will go on for an hour. Then I’m exhausted, so I’ll go to bed, unless there’s a really crazy fun after-party.

Do you sleep the entire next day?
Yeah. The nights start really late. People don’t go to dinner until 12 or 1 in the morning, and no one gets to a club before 3 a.m., and that’s early! Sleep, and lots of Redbull, keep me alive!

Where do you stay?
Amnesia gets me a different place every year. Otherwise, too many fans or creepy stalkers will wait outside my building or try to break in. I always stay right on the water in a villa or penthouse.

Why do you have so many fans in Ibiza?
I think I represent the island. People call me the Queen of Ibiza. With my foam and diamonds party, I create such a special, unique event. It’s very Ibiza, very fantasy, very sexy, and very fun.

How do you spend your free time?
I’ll go out on a yacht, scuba dive, swim, go on a wave runner, have beautiful lunches, shop, go to the spa, dance, and go clubbing. I’ll also go to the recording studio. To get a residency in Ibiza is a huge deal. Only the best of the best have it. My friends who are DJs and producers will have me over to produce, write, and sing. Every Wednesday, I do something for APNEEF, a charity for children with disabilities. We go to my friend’s art studio to do projects with the kids. Once a month, we do the foam and diamonds for kids party, and I give my whole fee and the proceeds from the ticket sales to the charity.

How’s your Spanish?
Un poco! I’m trying to learn. I wish I was better, but I’m not on-point. When I’m in Ibiza, I usually understand what people say, but I can’t speak the language. I need some lessons!

Where do you shop?
I love going to art stores. I paint, make collages, draw, embellish crystals, and work with LED lights.

What do you tend to wear in Ibiza?
During the day, patterned dresses. I never wear high heels—I’m always in flats because the cobblestone roads are really old, so it’s bumpy and rocky. When I DJ, I wear heels because I’m all decked out and dressed up in sparkly raver Barbie outfits. I don’t know how some people walk around with Louboutins all day and night. I couldn’t do that.

Do you ever just chill out on the beach?
Yeah, we’ll sit out after lunch. But always within five minutes, 50 paparazzi will show up. It causes too much attention, so my friends and I will go back on the yacht for privacy, because it gets a little crazy on the beach.

Are you followed more in Ibiza than in L.A.?
I’m followed everywhere [Laughs], but in Ibiza, the people are always partying, so it’s a different vibe.

What’s your summer read?
I like reading inspirational books. I’ve read The Power of Now a few times. I love The Secret. I really believe in it. I love reading about horoscopes and business, too.

Do you miss summering in the Hamptons?
I used to go all the time, but I actually haven’t been during the summer in more than a decade. When I was little, it was fun, but now when you compare it to Ibiza or Europe, it’s just different. I went for Thanksgiving with my family this year—it was my first time going in the winter. It was really relaxing. I’ll always love it out there, but entertainment-wise, I’ll stick to Ibiza!