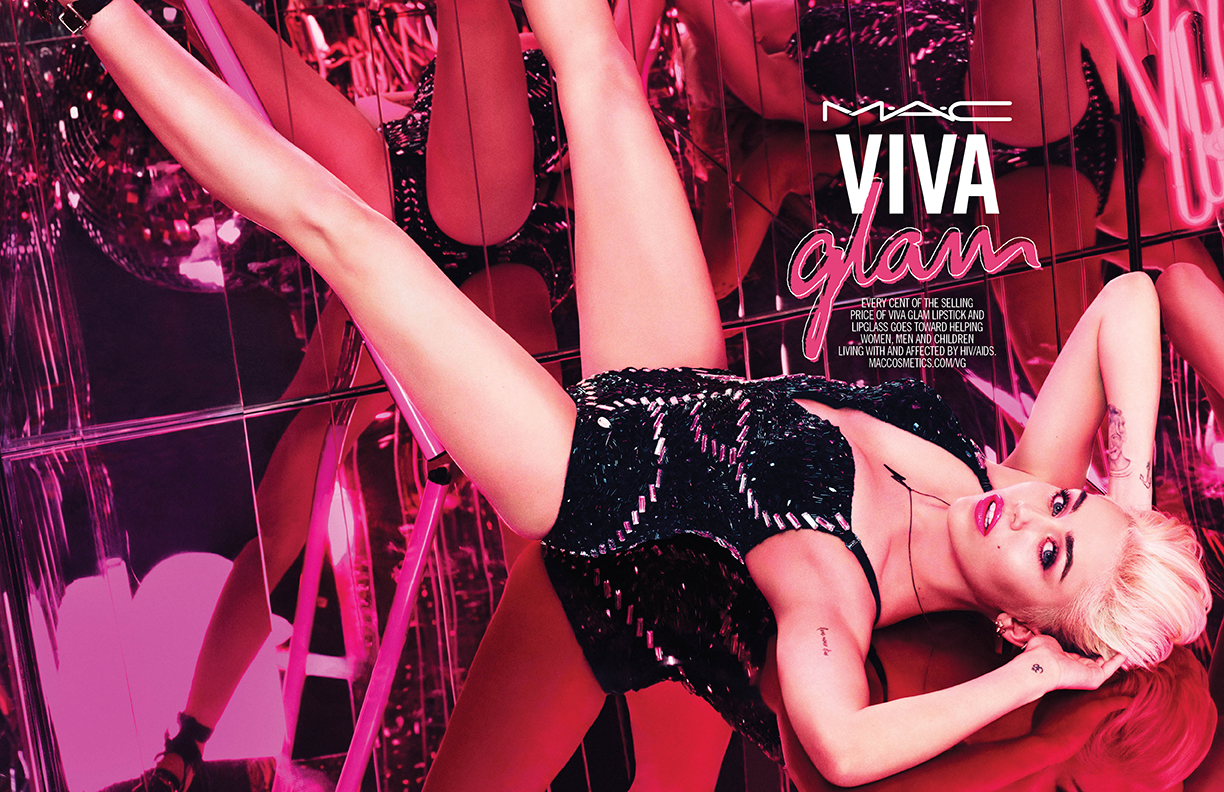 Miley Cyrus is the latest in a slew of divas and musicians to front as the face of MAC Cosmetics’ Viva Glam ad campaign. The image features the singer/performer in a sparkly black leotard by The Blonds, shot in a position that is becoming almost as signature as her peace sign, tongue-out pose. Miley follows in the Viva Glam-fronting footsteps of the likes of Lady Gaga, Cyndi Lauper, Rihanna, Ru Paul, Dita Von Teese, and Christina Aguilera. Viva Glam is MAC’s medium for raising money for those living with and affected by HIV/AIDS; every cent made goes to helping those in need. To kick off the campaign the brand will be selling a hot pink lipstick called “Amplified” for $16 and a hot pink with sparkling pearl lip gloss for $15. Who better to bring attention to a cause than someone who’s a master at getting attention? Just for fun, we’ve included a few images of Miley (the Carrot Top of the music industry) from her recent tour with all of her special tour props, including a big bird bolero, fake money, and, yes…those are stuffed fake boobs. That’s just Miley being Miley!

Scoop! Dsquared2’s Dean and Dan Caten On A Move To NYFW