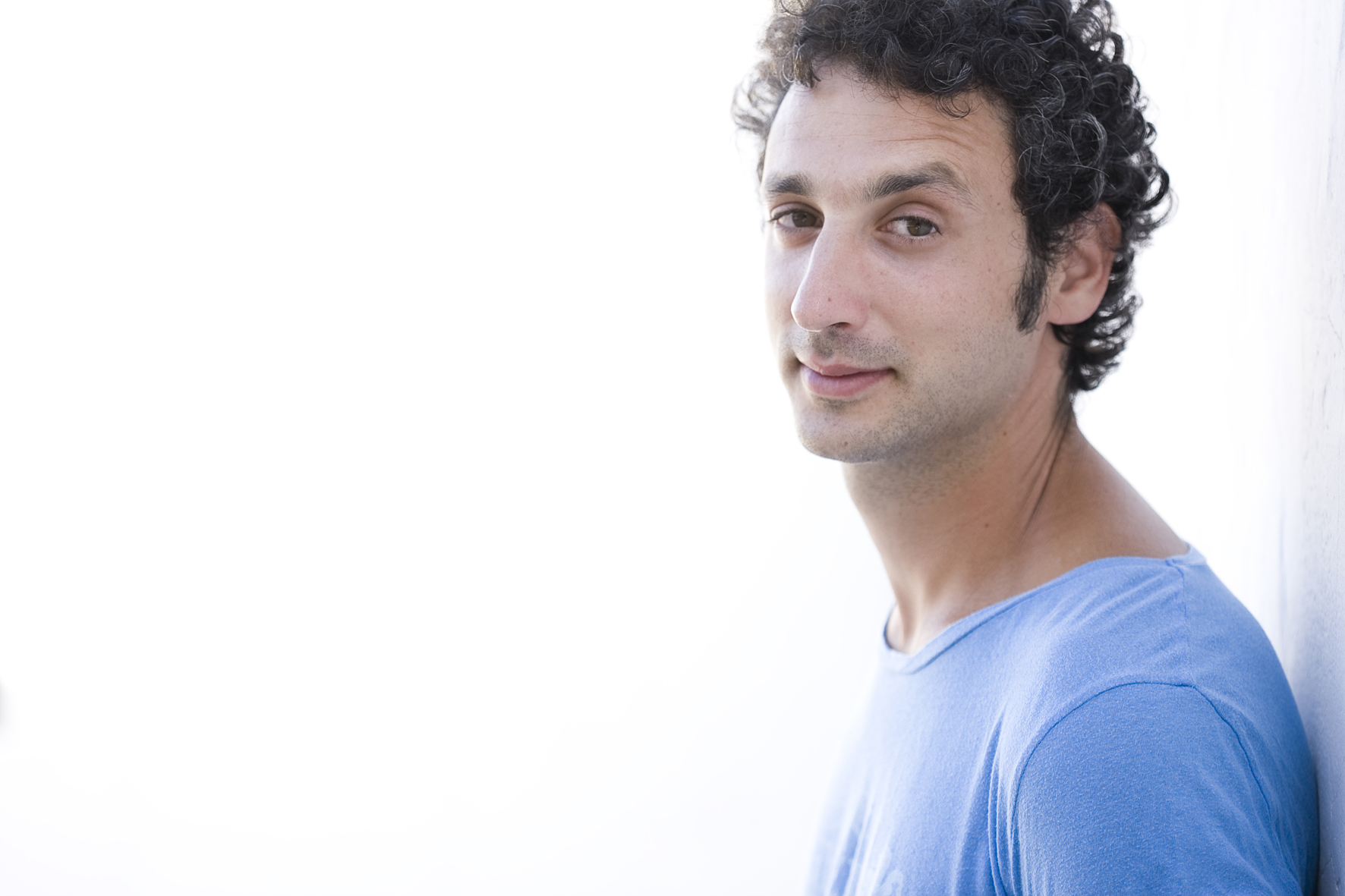 Handbag and shoe designer Jérôme Dreyfuss is known for making soft and supple leather bags, as well as shoes, for the cool downtown girl in every city (that’s a market his wife, designer Isabel Marant, has down pat, too). Business is starting to boom for the Parisian-based designer with store openings around the globe from Tokyo to London in the works. That’s good news not only his legion of in-the-know fans happy, but also for industry insiders who love Dreyfuss just as much for his fun personality as his statement-making accessories. His inspiration this season? Amy Winehouse, Kurt Cobain, and Jim Morrison in a van on a road trip to south Morocco. What’s not to love?

We hear your business is expanding. Fill us in!
Yes, we are opening three stores in the next month, in Seoul, Tokyo, and London. It’s my first London store; I’m super excited about London. I must say also I am excited about Seoul and Tokyo but as it’s far away, you’ve got less control. It’s not the same story. London is like being in New York or Paris. It’s easy. But London is so expensive!

Which neighborhood?
It’s on Mayfair at the corner of Britain Street and Berkeley Square.

How did you find a space on Mayfair Street?
I was in a cab at night with my partner, we passed by a store and I said, “You see this bank? That’s exactly the store I’m dreaming to have.” The day after I was visiting with a broker and he was showing me some stores. Everything was not right; I was like, “No, no, no, no.” Half an hour before I got on my train, he told me, “I have an idea. There is a bank that is shutting down. I have to show it to you. I’m not sure it’s for sale, but maybe.”

What did it take to secure the bank space?
You know, London is owned by the Qataris. They basically own the whole city. So when you deal, you deal with them. It’s super weird. Usually, you’re dealing with some people that are dealing with them. You go, you dance, you smile, and then they show your entire proposition to the Qataris, and the Qataris choose who they want. They don’t care about money because they are full of money. They just choose what they like. It took them almost six months for them to make a decision and then we had it. I’m super happy about it! The place is really nice. It’s a whole corner, so there are 25-meter (82-foot) windows on one side and 20-meter (65-foot) windows on the other side.

Does it look like an old bank on the inside?
It does, but we have to break everything down. We had so much fun when we were visiting, being in a bank alone. So we played everywhere like “Hello, how much do you want?” and went in the vaults and all around the building. But we had to break everything because it’s too old. It was done at the end of the seventies. I wanted to keep everything. You know that big door that turns at a bank? I could keep it, but it takes up about 10 meters (33 feet) and at that price in London, I was like, “Let’s take it away.” You have to take everything away. Everything is old and dirty.

What about Tokyo?
You know what, I did the same thing. I said to my Japanese partner, “There is a little street I love.” He said “You’ll never find anything on that street.” I said, “Could you look? If you find something that would be amazing.” Three days later they called and said, “Hey, you’re super lucky! There is one store space that opened up.” It took one week for Tokyo.

And Seoul?
I didn’t have to find a place because my partner owned half of the city; I was told, “OK we’re gonna put you here.” It was really convenient. We’re between Louis Vuitton and Prada, but I thought it was too much. I though it would be perfect to be on a little street, but when you are in Seoul, where you are is where everybody is. This is the only one that I’m not super secure about; it’s a huge place. There are four floors; it’s big and they wanted to put my name on it and I was like, “No, no, no, no. Don’t put my name on the building.” The brand is not about my name; it’s about the product.

How do you keep the quality of your leathers so nice?
The leathers are all made in France and Italy. Most of them are made in France because I go to the factories; I’m really interested to control from point A to point Z. When I started [designing], I realized how much pollution the leather industry was making. I wanted to control all of those things. I’m there to control that they use the right product, that we don’t do any pollution and this is very important for me. We only use vegetable product. A lot of the leather is dyed with chrome, which has carcinogens. I don’t want anyone to get cancer because of me. Because I was a Boy Scout, the first thing you learn from the Boy Scout is to protect nature. From my childhood, I remember that, and now it’s part of the story of the brand.

What was it like being a Boy Scout in France? It’s a very American thing, no?
It’s actually very French. It was invented by a French guy after the second World War.

How much time do you spend at the factory?
I’m there every two weeks. It is the part of my job I like the most. I’m trying to take care of the product I’m using and I’m trying to offer the best product to my client.

Where is your factory?
It’s not far. It’s five hundred kilometers. It’s in the South of France near Toulouse. France is not that big of a country. It’s like going to L.A. from San Francisco. With the train in France, it takes three hours to go everywhere.

What was your inspiration for your collection this season?
I had a fantasy of Amy Winehouse, Kurt Cobain and Jim Morrisson driving a van to South Morocco to find a place to surf. Don’t ask me why! I was inspired by surfboard patterns and I wanted to mix this idea of hippies driving their Volkswagen van with the feeling of luxury I like to give to my client. It’s really important to me that it looks cool. Not that it looks cool, but that the feeling about it is cool.

Do you surf?
No. In my fantasies I do. And I do super well! You should see me in my fantasy!

Before you started, did you know anything about the production process?
No I learned inside the factories. That’s also why I love to be inside the factories. You are learning a lot from the people working there since forty or thirty years. So many times they say “Oh no, you cannot do. I can show you, fifteen years ago I did that for Saint Laurent and he really liked that.” I’m teaching them how to make light, supple bags and they’re teaching me some of the technicalities. You never do a collection on your own. You need a whole team to do a collection, to build it.

What’s your design process like?
I take some leather here, and I make it. I have my sewing machine and I do my prototype. I’m not drawing, I’m writing a lot. Sometimes it’s just words to remember what I’m thinking of after reading a book. It’s the creation aspect that is interesting.

What kind of bags do French women want that American women don’t or vice versa?
There is something really cool in the French attitude because they never look too pretty. I think in America women are more done up. I see the people I’m working with, like some of the buyers, and they arrive and they are overdressed, over perfumed, too much hair, too much makeup, over done everything. I totally understand that when they see us, they think, “Oh my God. Those French people are dirty!” Dirty is maybe not the right word; there is a real cultural difference for that, I think. There is a big difference, for example, between the East Coast and the West Coast. I’m not selling the same pieces in Los Angeles as in New York.

Do you think about different regions when you are actually designing?
Yes. I’m listening a lot to my client and I know that they need bags to put in their store. Otherwise they’ll find another brand. I’m trying to understand what their need is and I’m trying to do my style with their need. Buyers will come in and say, “It’s amazing! But can you make it out of yellow?” And I’m like “There is no yellow in the collection, why should I make it in yellow?” And they say, “A New Yorker loves yellow.” So at first you say, “No.” Then you go back and you say, “What can I do to make her think it’s yellow and for me to be happy with this bag?” It’s always about trying to find a balance. What’s really hard is to be able to be what you are. Sometimes people are asking you to do something that you are not. That I don’t want. If they are giving you good advice, then it’s interesting.

Does a buyer ever suggest you change something and then it doesn’t sell?
Yes! Many times. I’m really happy when it happens because the season after I can say, “You see, I told you!” They learn from me, too. Working with buyers is like having a relationship someone. You need to know each other; you need to trust each other. When you trust each other, then you can listen to anything. Sometimes it works sometimes it does not. As I said, you’re not doing a collection by yourself; otherwise you’re not building anything. After that I just like to play and think about the life I have and go to the beach.