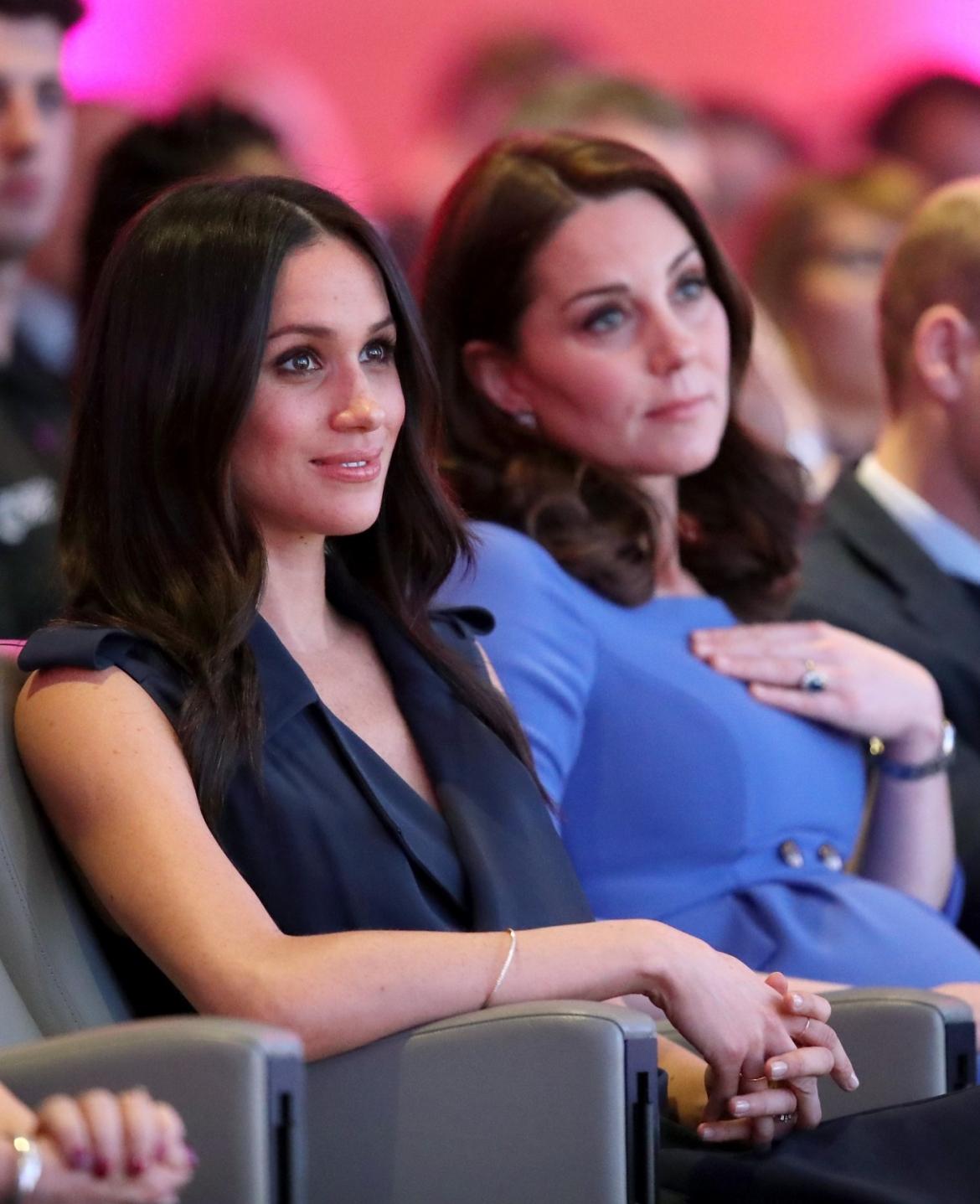 Meghan Markle Is Embracing Her New Faith Post-Baptism (The Cut)
Meghan Markle debuted her latest sartorial choice for the masses to obsess over: a diamond cross bracelet. The jewelry was reportedly a baptism gift after Markle officially converted to the Church of England last week. The actress was raised Episcopalian but was baptized by Archbishop of Canterbury Justin Welby at St. James’ Palace Chapel Royal in a private ceremony during which holy water from the River Jordan was poured on her head. The conversion was reportedly done out of respect for the Queen. The bracelet can’t hurt either. See it here.

Kylie Jenner Ate Like “Eleven” from Stranger Things While She Was Pregnant
While much of Kylie Jenner’s pregnancy has been shrouded in secrecy, the reality TV star opened up on Twitter on Sunday night to answer her fans burning questions about the past nine months. Apparently Jenner thought she was going to have a boy, was bummed to miss out on sushi and pregnancy-craved Eggos and donuts. She also really enjoys the bread from Los Angeles eatery Craig’s, FYI.

we thought we were gonna have a boy! i was soooo surprised! https://t.co/4Y7oJUUveu

there really was no worst part! probably not being able to eat sushi lol 😂 I had such a perfect experience. she moved a lot 😊 https://t.co/4IPq9Wv2yh

Eggos!!! I never liked them before i was pregnant & haven’t had one since i had her. so strange! Lol https://t.co/uCeljtsMP0

Lmao and in n out!! Donuts too 🤦🏻‍♀️ https://t.co/JMBmFeHcUH

the bread from Craig’s! I had it waiting for me lol https://t.co/6E8modERHx

The Internet Is Having a Field Day With The Daily Mail‘s Latest Story on Kate Middleton (The Cut)
It would seem the public’s fascination with everything Kate Middleton excludes any appendage-related news. The internet is dragging The Daily Mail for devoting half its front page and two full inside page’s to a story focused entirely on the length of Kate Middleton’s fingers. “Why are Kate’s fingers all the SAME length?” is splashed across the cover of the tabloid. Twitter really enjoyed mocking the conspiracist cover line.

Actually, if you examine Kate's fingers close up, they do look the same length. pic.twitter.com/8qVvjfnK14

“WHY ARE KATE’S FINGERS ALL THE SAME LENGTH?” pic.twitter.com/fHvMcQu9bO

Lululemon Enlists Students of Central Saint Martin for Capsule (WWD)
Activewear giant Lululemon has tapped MA fashion students at London’s prestigious Central Saint Martins to create a limited-edition capsule to be released tomorrow. The collection is titled “Art of Motion,” with students taking inspiration from artisans and designers in Kyoto, Japan. The range tickets from 45 pounds (approximately $62.50) to 98 pounds (approximately $136).