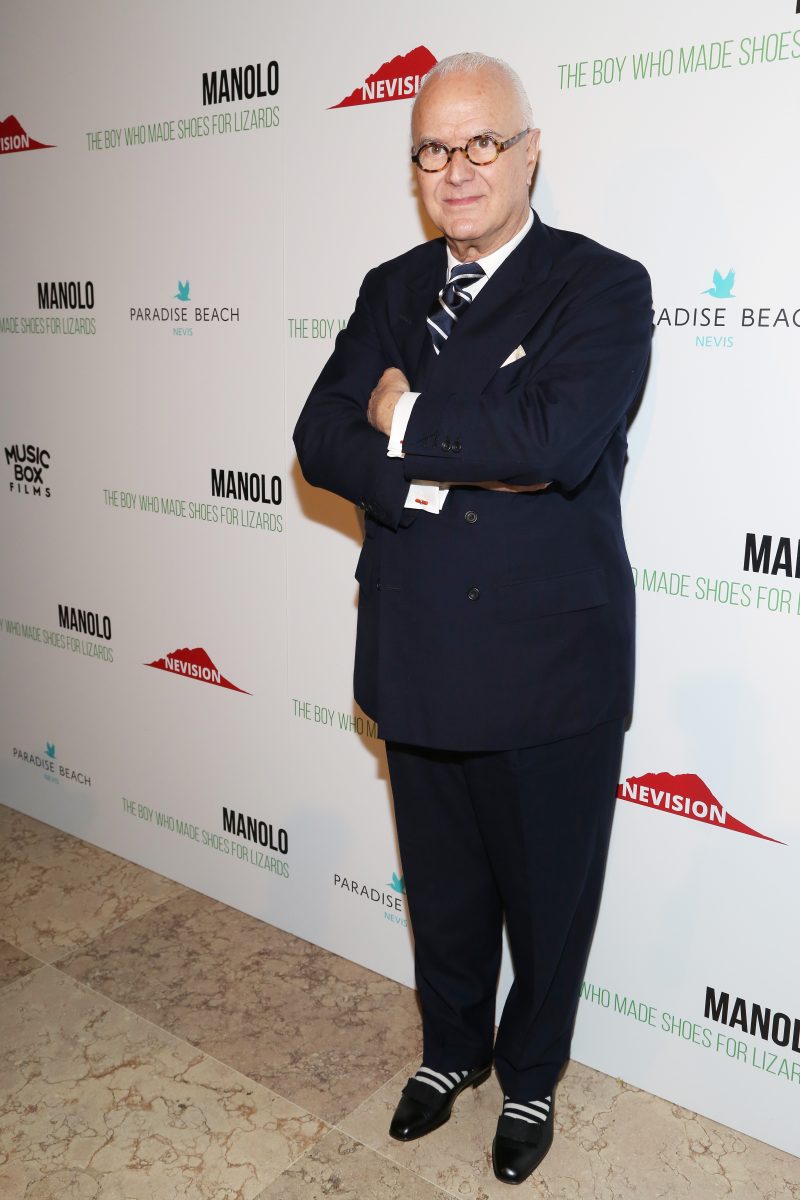 Last night, legendary shoe maestro Manolo Blahnik celebrated his documentary, Manolo: The Boy Who Made Shoes for Lizards at The Frick Museum with a bevy of chicsters: Carolina Herrera, Mario Testino, and Bianca Jagger are just a few who came out for the Cinema Society premiere. Longtime fashion journalist Michael Roberts presented a rare, never-before-seen peek into Blahnik’s world, featuring a “who’s who” of the fashion and entertainment industries, including Anna Wintour, Rihanna, and Andre Leon Talley.

Blahnik wasn’t quick to get on-camera for the project. “I’m still hesitant! I was tricked! [Laughs],” Blahnik told The Daily. “When you do a project like this you have to collaborate and do the best you can, but film is definitely not my favorite medium because I don’t like my face at all. I actually hate it. The film is lovely, but my face ain’t!” While Blahnik viewed the first two cuts of the film, he would see the final version along with everyone else at the premiere. “I was surprised watching myself—I realized I have this habit of screaming when something happens. I’ll be like, ‘Ahh’I have a moment in the film when John Galliano came and surprised me and I did just that. You’ll see!”

Others who came out for the film, cocktails, and light bites at the after-party included Amy Fine-Collins, Iris Apfel, Adam Lippes, Rachel Roy, and Ebonee Davis. It was the parfait ending to NYFW! 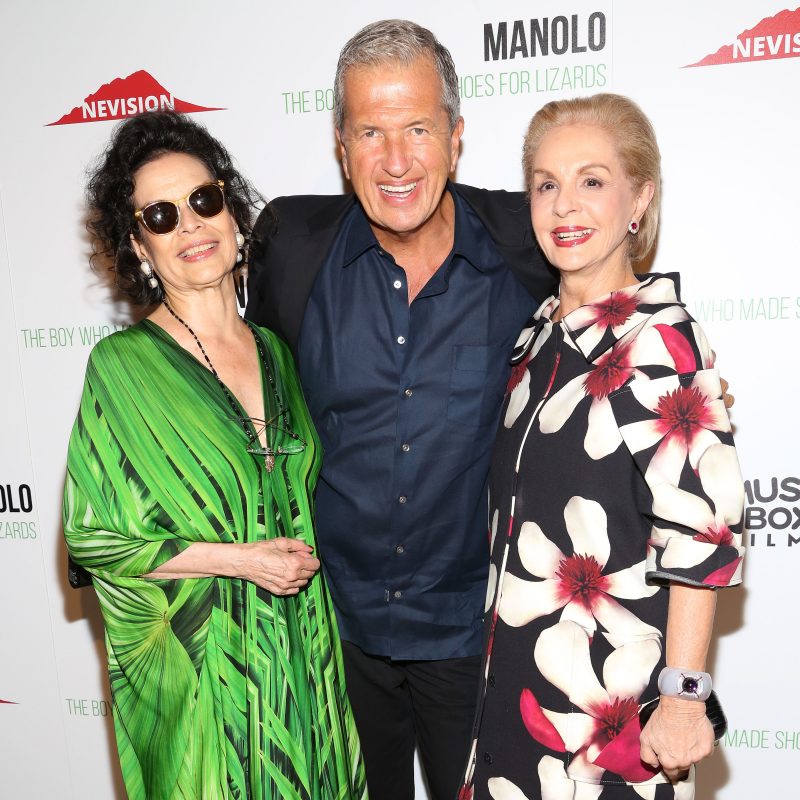