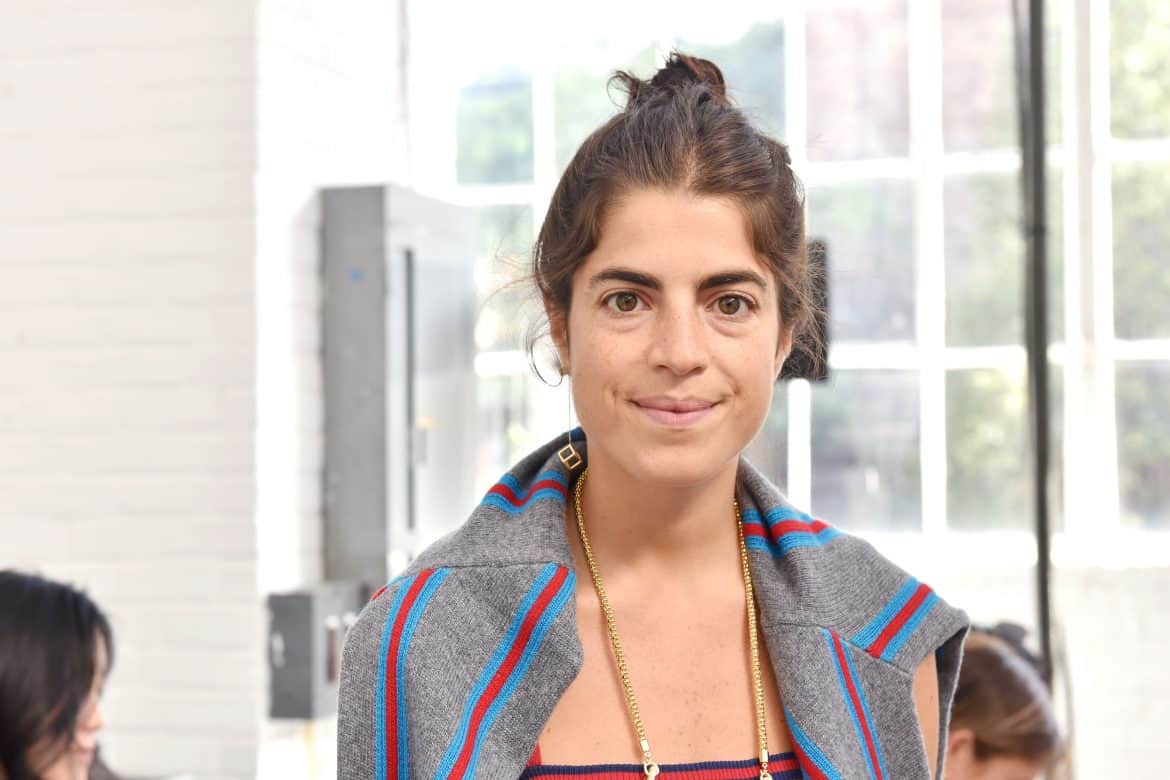 Leandra Medine Cohen has shared a post to the site she founded titled Notice of Wind Down & A Publishing Update. The statement, totaling 58 words, is the first that the style blogger-turned-entrepreneur has written an editorial piece for the site since her June promise, I Owe You Better: A Commitment to the Future.

Medine Cohen had confirmed to her employees via Zoom last Monday that the popular website will cease operations. The site had only recently rebranded—dropping the ‘Man’ to become just ‘Repeller’—after a turbulent year, in the wake of reports of a toxic and racist workplace culture. 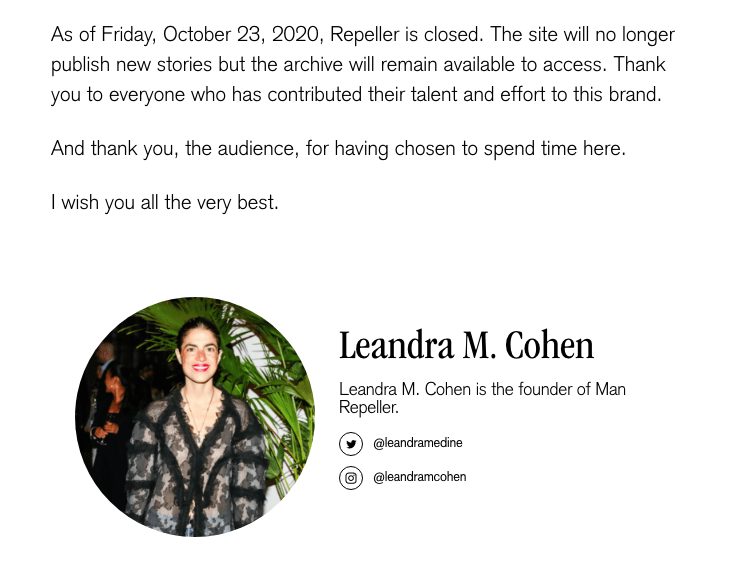 Devout readers of the website expressed their disappointment over the sparse statement in the comments section. On Twitter, people also called the update “chilling”, “a slap in the face”, “deeply weird”, and “no real goodbye”.

One fashion editor wrote, “That’s……it? Ten-plus years of this website, personal essays, hard-working staff and….this is how you close it?…This is honestly so disrespectful I can’t get over it. You even can’t fake your way through one like, “wow it’s been quite a ride, everyone who worked for this website is so talented and I’m proud to have had them and so sad for this to end, please hire them”?” 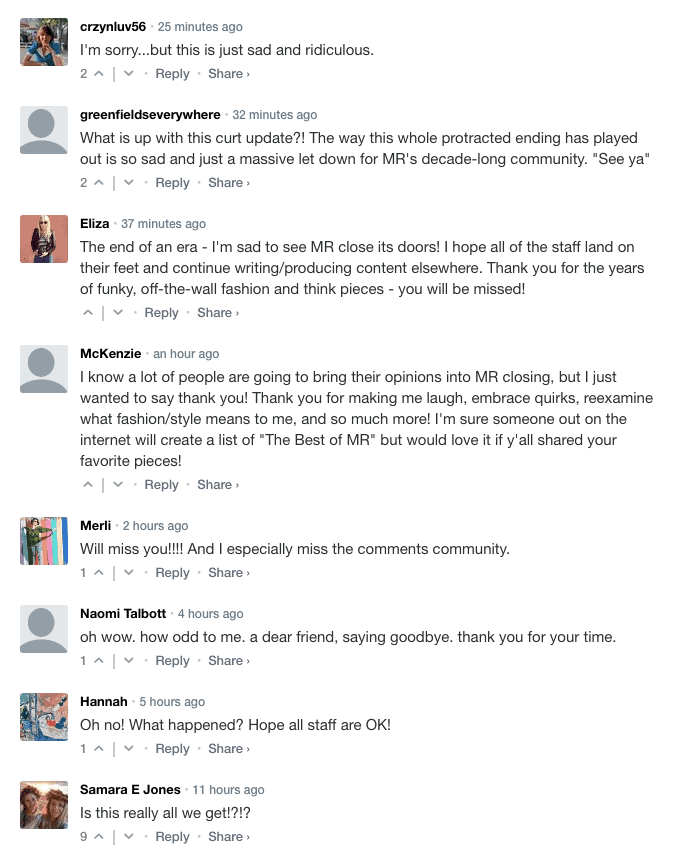 Business of Fashion originally reported that the website would wind down last week, after the staff were given the news on 10/19. Medine Cohen had briefly stepped back this summer (full story here), before announcing her return in a somewhat loose capacity. She originally founded Man Repeller as a personal style blog in 2010, and over the last decade it became one of the most widely-read fashion and pop culture publications in the industry.

Aside from the online destination manrepeller.com, the 31-year-old mom-of-two also launched a shoe line, before rebranding it under her personal name. Man Repeller also branched out into podcasts, like Oh Boy and Monacle, and Medine Cohen penned a memoir titled Man Repeller: Seeking Love, Finding Overalls in 2013.

The New York-native has not yet addressed the closure on her own Instagram account, where she almost one million followers.

We Found Something To Do On Halloween In New York City