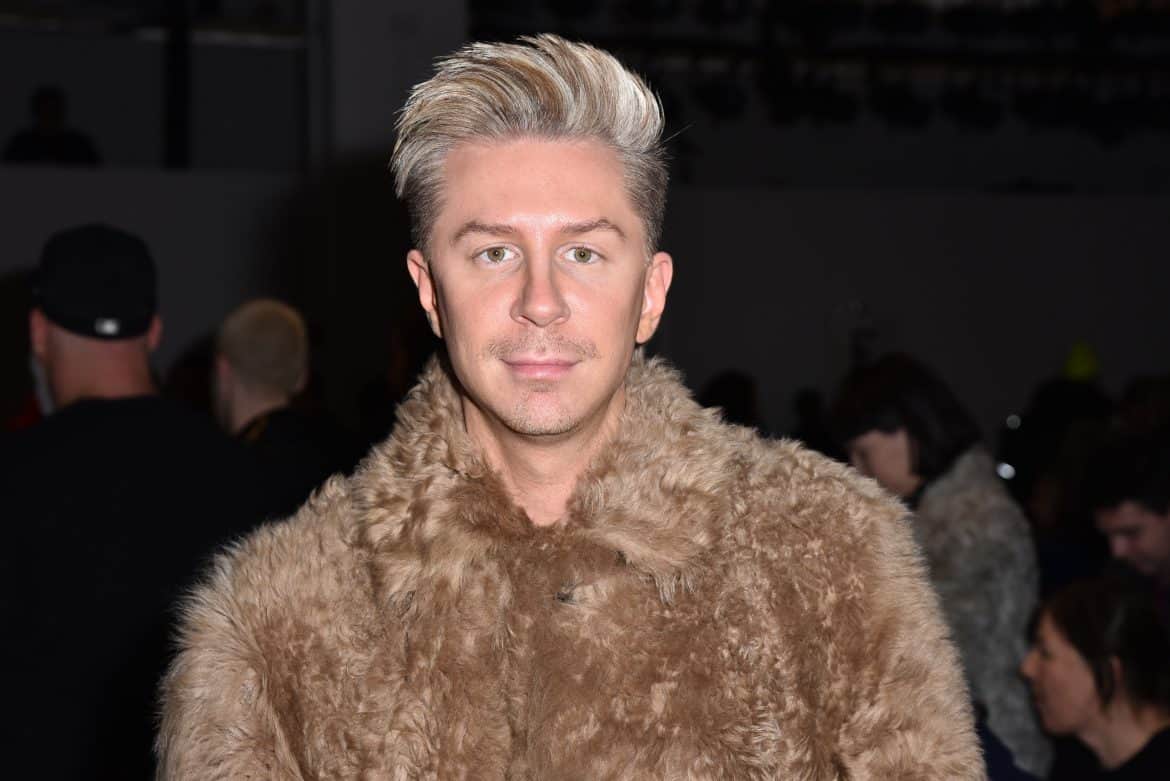 Over the weekend, an article by The New York Times questioning whether Anna Wintour’s diversity push has come too late was the subject on everyone’s lips. Kyle Anderson, former executive fashion director at Elle, quickly found himself at the center of an online kerfuffle as he shared a screenshot of the feature to his Instagram Stories, accompanied by the text: “Stop firing employees because they are white, especially men.”

Anderson, who worked at Elle from 2006 to 2011 and from 2017 to 2018—with a long stint at Marie Claire as accessories director in the interim—added: “All white guys I worked with lost their position in editorial over the past three years. Every white man (only) in my office lost their jobs on the same day. My personal story is horrendous and caused severe trauma.” 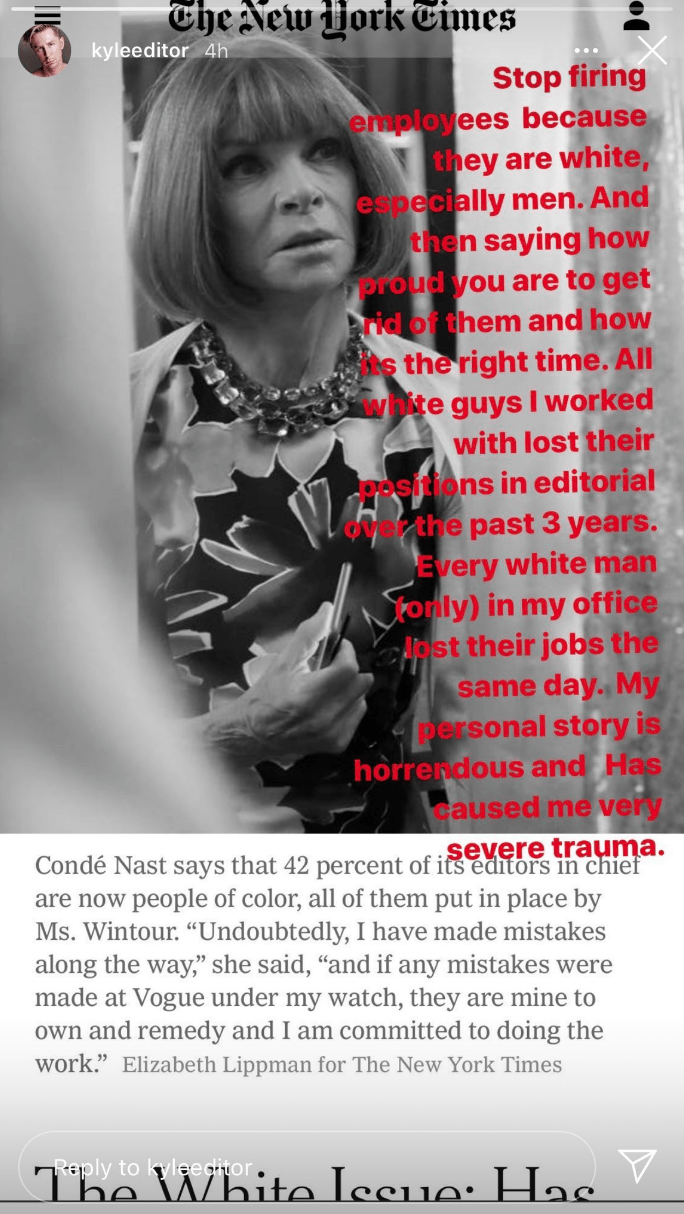 The message was reposted on Twitter by journalist Pierre Alexandre M’Pelé aka Pam Boy, who sarcastically stated, “Cry me a f**king river.” The tweet racked up over 1,000 likes, and Anderson responded, “F**k you asshole.”

Pam Boy then followed up with a subsequent tweet which read, “‘Especially men’ yes because white men are so oppressed and the world is certainly not built for their success to the detriment of women and POC.”

Anderson has since disabled comments on his Instagram account and turned his Twitter page to private. The Stockholm-born media figure now works primarily as a freelance stylist and fashion editor, although his Models.com profile shows no updates to his portfolio since 2018.

I would like to make a correction to your article—Kyle Anderson is not from Stockholm. He was born and raised in Wisconsin. He’s my cousin. Obviously, with the comments that he has made, being associated with him is problematic, but I wanted to make sure that your article was factually accurate.