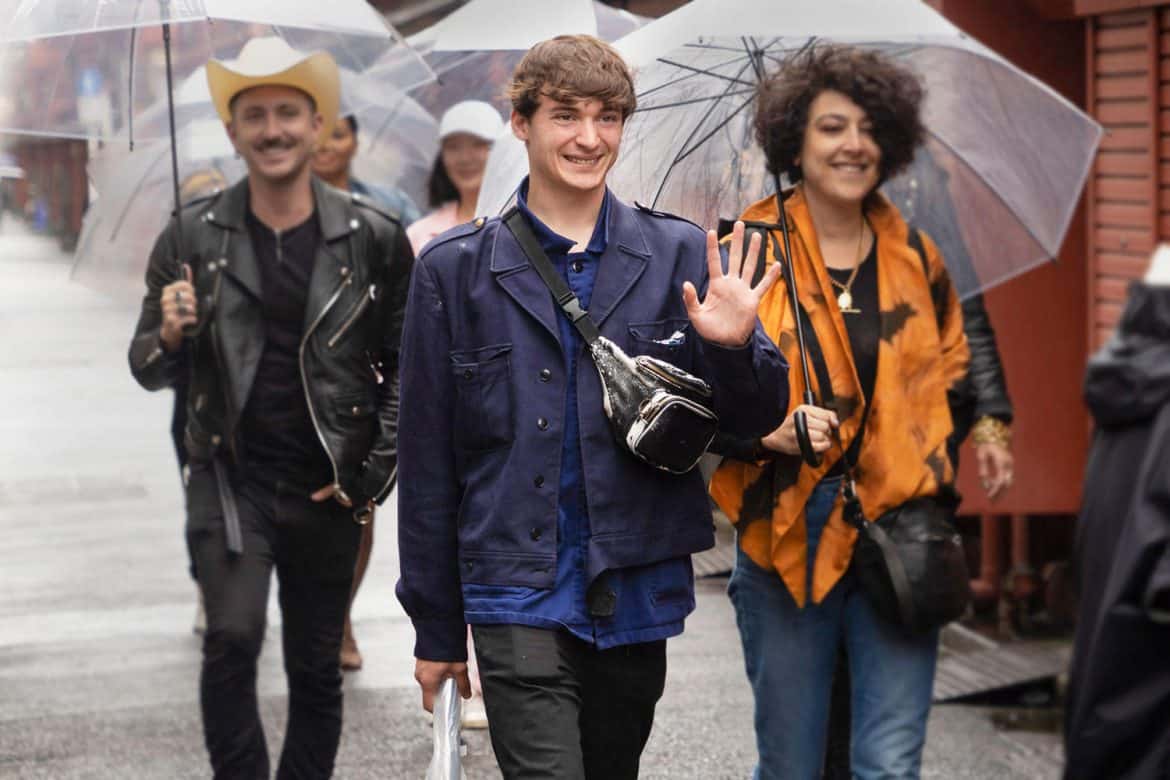 Warning! Making the Cut spoilers ahead! It was just last week that we caught up with Belgium designer, Sander Bos, who took home the win on Making the Cut episode 3. Now it looks like we have a real competition on our hands with Bos also winning episode 6. We got on the phone with the ambitious 25-year-old to talk about how things played out and what other reality show you’ll never see him on.

Congratulations!
So we meet again!

You were more rebellious in episode 6.  Do you think that’s true and why was that?
Definitely. Throughout the whole season the judges were picking at me like “Wearable! Wearable! Wearable!” Some of the other designers were doing just one thing so I was like, “Why can’t I just do wearable?”

Was this particular competition difficult for you?
It was hard. It brought me to that mental space that I was like, “I’ll show you!” 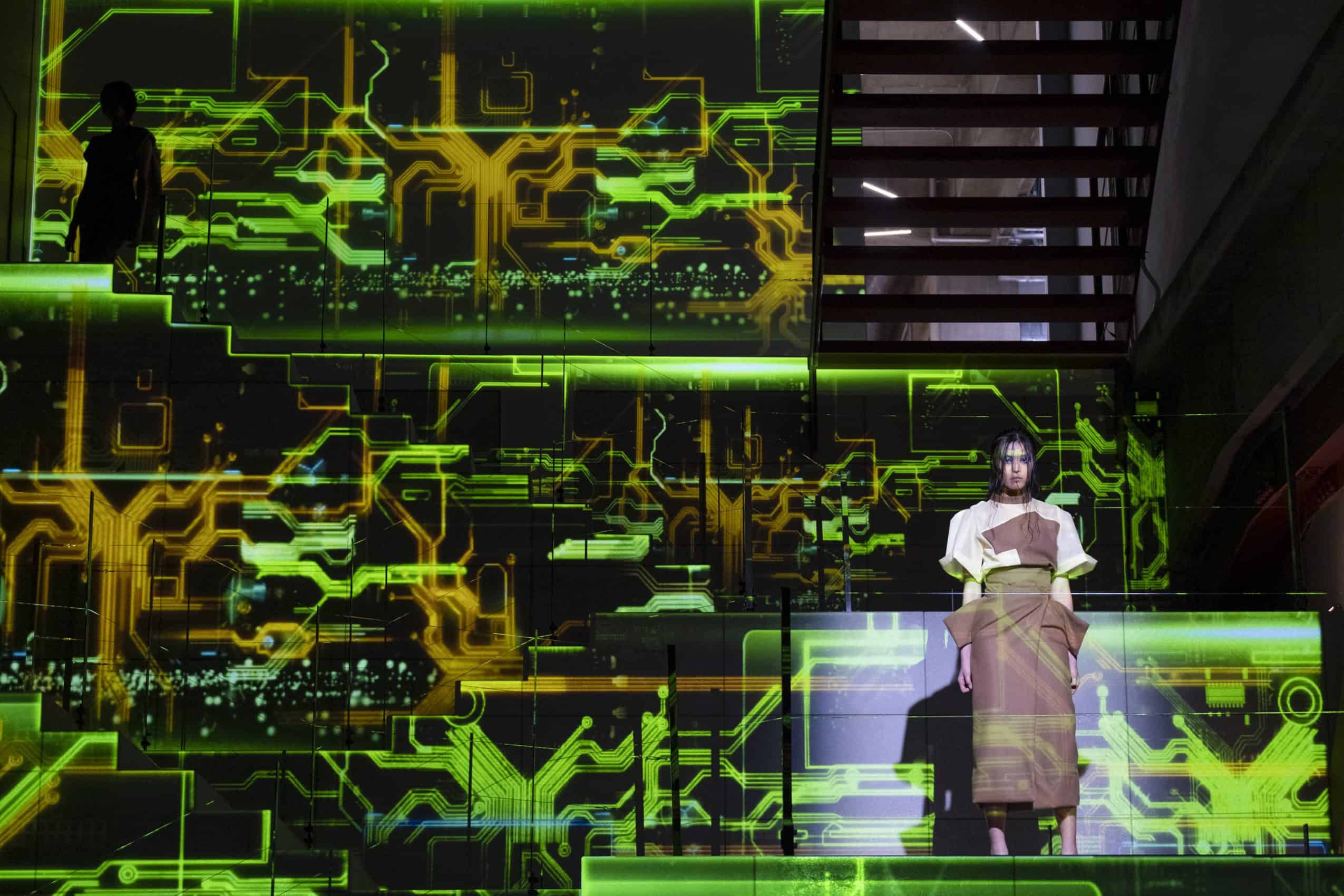 You and Rinat were very close on the show.  Was that a genuine friendship?
We have a very real friendship. We talk every day. We’re very similar. When she had to go home, I cried my eyes out. A piece of my heart went home. She fought hard for her place. She reminds me of myself. We grew very close over the season.

You’re coming off as very competitive in the last two episodes. Are you a competitive person?
No. I think I am more competitive with myself than the other contestants. I think all the other designers were in their own lane.  We all have our own style. All the things I’ve done on the show were things I’ve never done before. I wanted to challenge myself and see how I could push it.

Were you tired on these past few episodes? It seemed like everyone was. Was it grueling?
Definitely. We were awake for 20 hours in a day. Everyone was jet lagged as hell! 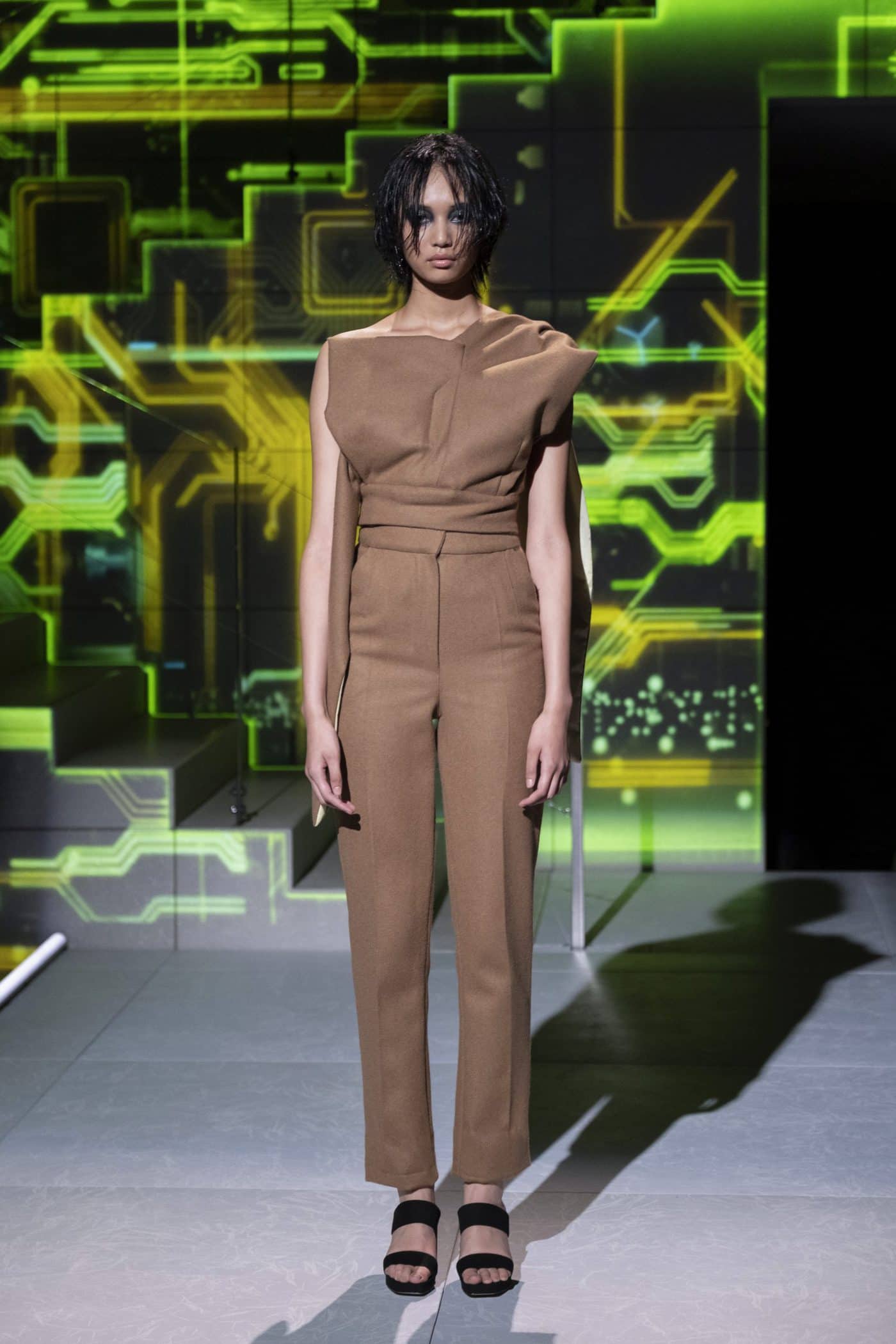 What has the response been to being on the show?
It has been crazy! So many people from around the world. I’ve even had some indecent proposals. I’m like, “Excuse me! I’m a married woman! How dare you?” I’ve gotten nudes! What?! I block them! Most of it is love and support.

Have you gotten recognized again since we last chatted?
A few times people have pointed at me. I’ve really tried to self quarantine as much as possible. I haven’t gone out that much.

You have a very sassy personality. You remind me of some of the contestants on RuPaul’s Drag Race.
I’ve heard that a lot from people. They say, “You should be on RuPaul’s Drag Race!” I say, “I’m not a drag queen!” Isn’t that one of the requirements? I would love to be a judge! I would die! It would be the best thing on Making the Cut if the judges said, “You didn’t make the cut, but you can lip synch for your life to save yourself.” That would be everything. Mic drop!