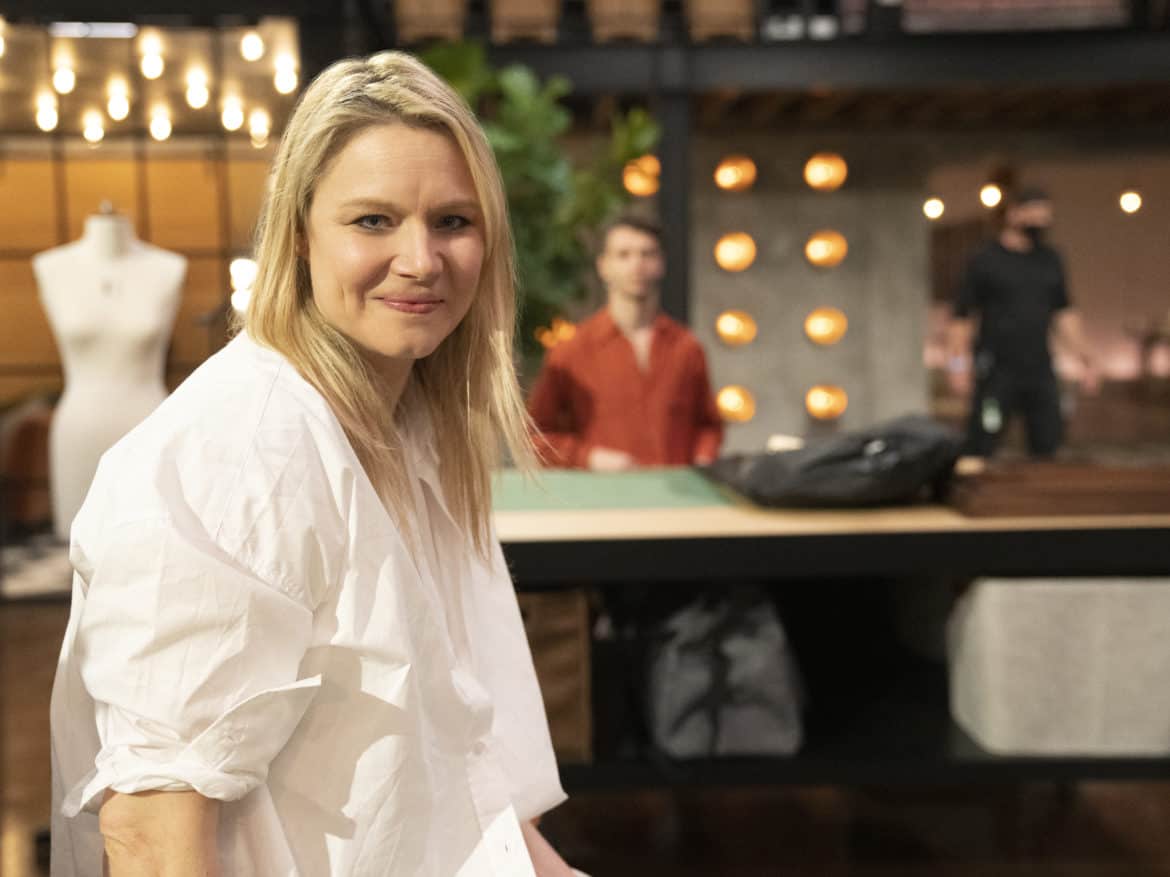 Making the Cut Spoilers ahead! In the latest episode of Making the Cut, Georgia Hardinge seemed downright shocked that she went home as the challenge winner. After launching her namesake label in 2010,  the British designer has gone on to dress some of the biggest stars in the world including Florence Welch and Kylie Minogue. Training at Parsons Paris | The New School, Georgia won acclaim by receiving the best designer award for her graduate collection. But will she Make the Cut? We got on a Zoom recently to discuss her stint on the show!

You seemed really surprised and emotional when you were announced as the winner.
I was quite surprised as I hadn’t had that much interaction with the judges in the past few episodes. I hadn’t gotten that much feedback. I didn’t know if that was because I was in the middle or if they weren’t understanding how I can incorporate my aesthetic into ready-to-wear and accessible looks for Amazon. I didn’t know where I stood so it was a big shock to me that I won. I really felt like I learned to understand how to create the shiny show piece and then create a real accessible look from that.

Were you quite tired by the time you won?
Yeah! We were living off of no steam whatsoever. As you’ve seen, we were shattered. I was breastfeeding the week before I left to America. I was jet lagged as soon as I arrived. I have a one year old baby so I’ve had sleep deprivation for a year. We were all pushed to our limits.

What have been the past few weeks have been like since the show aired?
It’s been a whirlwind journey! I’ve been selling lots of my products. My family are crazy about the show. I was really nervous. I had to have my studio manager watch the first episode before I could watch it myself. I didn’t want to look like an idiot. Are they going to make me look like a complete fool?

Had you watched the show?
They had asked me to do it the year before and I really wanted to but I was pregnant. I watched the second season to prepare. I wanted to get far in the competition. I wanted to learn what the projects were every episode. 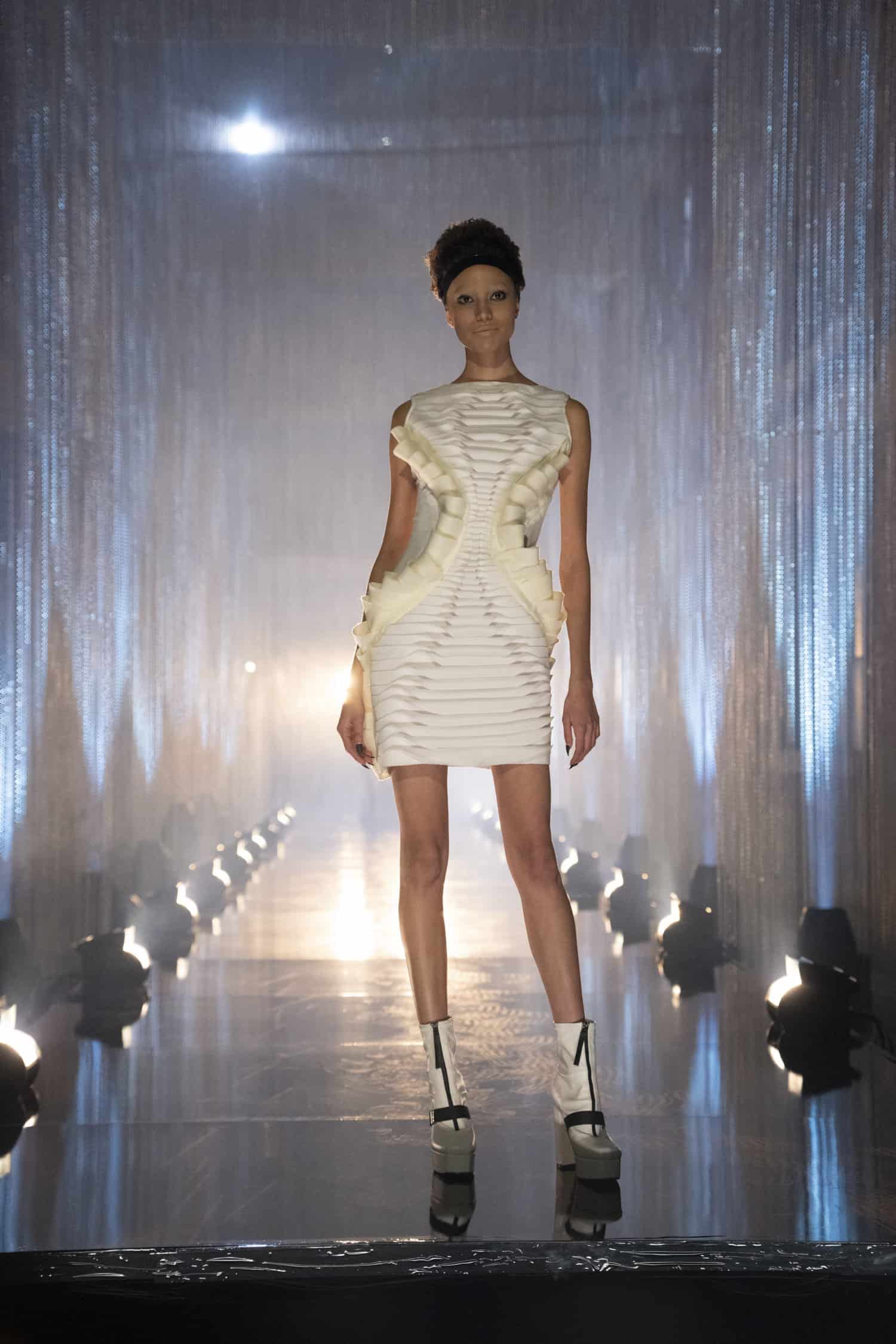 You have a really prolific bio. You’ve accomplished a lot. Did you do the show to give your brand a new shot in the arm?
Completely. I feel you have to be relevant. Especially with TikTok. I feel like a Grandma when I touch it. You need to learn these things to be relevant in the market. It’s a really difficult industry to be in. You can get stepped on. I’m so young at heart so this is kind of my energy. I lost my mother and father when I was very young and design is my therapy. This gave me an energy to keep going and have a drive. I will jump at everything around my passion.

You’ve dressed Beyonce and Gaga!
When I started out I was doing really cutting edge and sculptural pieces. Completely unwearable pieces! This is what I wanted to do. I had no clue about making money. The stylists contacted me and asked me to style Lady Gaga. It’s funny because she wore one of my more wearable pieces. It was past the meat days! Beyonce wore my leggings from a shop in LA called Curve. It’s a beautiful boutique. She paid her hard earned cashed on my pieces instead of being gifted! That was cool!

The SUPIMA Design Competition Is Back, Hosted By Christian Siriano & Coco Rocha! Meet The Eight Finalists (And See Their Collections!) Here