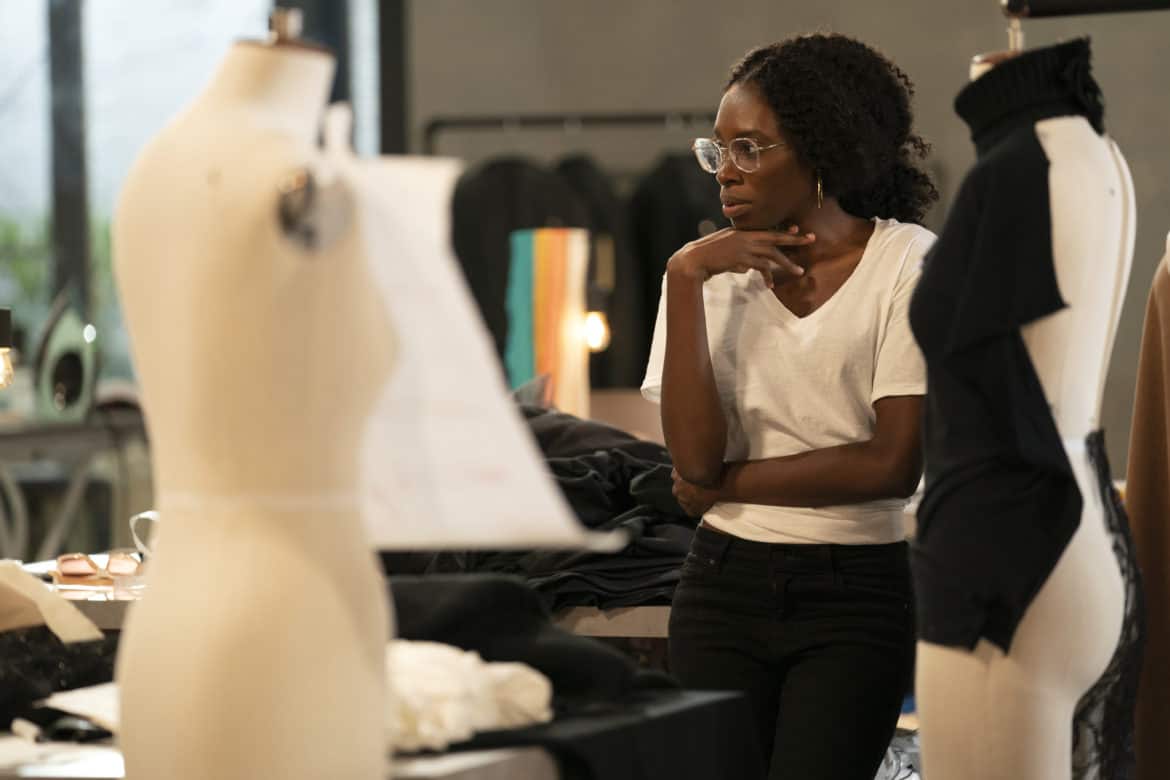 Making The Cut spoilers ahead!!! On the latest episode of Making The Cut, Andrea Pitter finally got some accolades from the judges as the winner of the accessible look. We got on a Zoom with the Brooklyn-based bridal designer to discuss her win, find out why she signed up for the show, and learn why her family is also rooting for Gary Graham in the competition.

What were some highs and lows of the show at this stage in the game?
There’s a high that comes with coming in second three times. There’s also a low that comes with it. I think showing that I’m consistent has been a high for me. I don’t like to lose. Those three times that I came in second didn’t necessarily make me feel good. I don’t know if it made me a stronger competitor, but I had fun! I had a lot of fun. I made some really awesome friends. So yes, episode six is my moment.

Tell me a little bit about the accessible look. What were you thinking with your approach?
I have a son, and every now and then we need to run outside. I don’t have time to necessarily get myself together and get him together. So when you’re making the choice, I always choose him. I was like, ‘I want to make something that makes sense to my life.’ So, I decided to make a coat that I literally could be naked under. I just wanted to make something that made sense to real people. As far as the dress was concerned, it was that same scenario. I like to be comfortable and I wanted to create a dress that I could wear with sneakers or with heels: something I could wear to go to the park with my son or that I can take the dog on a walk in. I can do all of these things but I still look put together. 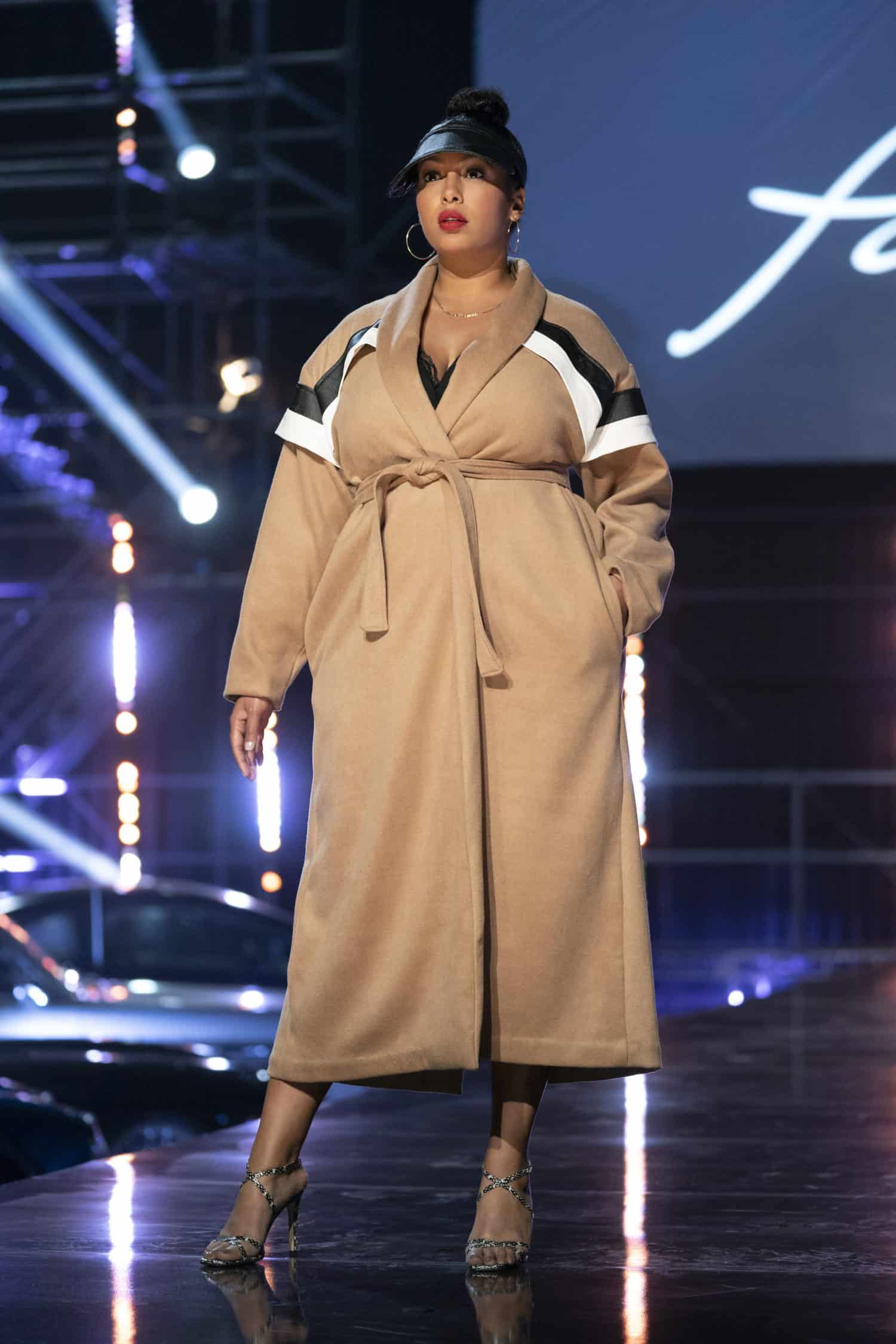 Why did you want to do the show?
I wanted to kind of change the monotony of everything that was happening. At first, I wasn’t necessarily interested in doing the show. I started to read about it and I was like, hold on, this isn’t the normal design competition. This is for people who have established themselves in their careers or created notable businesses. And I was like, ‘Okay, check mark.’ It’s for people who want a million dollars. I definitely want a million dollars! Then I think about all of the other things that came with it, like being around like minded people, and it sounded like a good idea, especially for where I was at the time when I saw that application.

How long were you away from your son for and what was that like?
A couple of weeks. You know, what’s interesting about that is I think I parent a little bit differently than my mom and dad did. They were very much like ‘I need to be around my kids all the time.’ I think I give my son space to kind of do what he needs to do. I also take space to do what I need to do as a parent, and a happy me is a happy him. My child was not concerned about me being away. It was hard for a second when I thought I was missing things, but like every time I got to speak to him, he would blow me off! He was just like, ‘I don’t miss you.’ I didn’t want my kid at home, wondering where mommy is. I was happy that he was well adjusted.

What does your family think of you on the show?
They think that I’m getting played.

Why?
Every episode that I don’t win they’re like, ‘What’s happening?’ My family is team Andrea but funny enough, they’re also team Gary. There’s an interesting toss up because they’re like, ‘Gary keeps winning, we see why.’ I’m like, ‘You guys love yourself some Gary! So do I.’ But every episode they say, ‘You were so close. You should have won.’ But that’s what a bias looks like!

Sweet! Tell me a little bit more about your brand. Where did you go to fashion school?
I went to The High School of Fashion Industries and then I went to FIT. I spent seven years chasing a dream. My degree is actually in sportswear, but I’m a bridal gown designer. That’s always interesting to have to explain. Post-graduation, I worked for manufacturing companies and different design companies. I realized that that’s not necessarily what I wanted to do, so I opened a store. I think I was around 23 or 24, and I opened up on $4,000 cash and a $4,000 loan. It was a very, very, very humble beginning. I had nothing in my store; barely any clothing to sell. I landed on bridal, and I’m happy I did because I created something special.

Is your store still open?
It is!

Can people come find you there?
No, I do not work in the store. I am there when we have events or if I’m scheduled to be there. My brand is sold in other stores throughout the country.  Pantora can be found in Texas, Virginia, and Georgia in a few other stores. 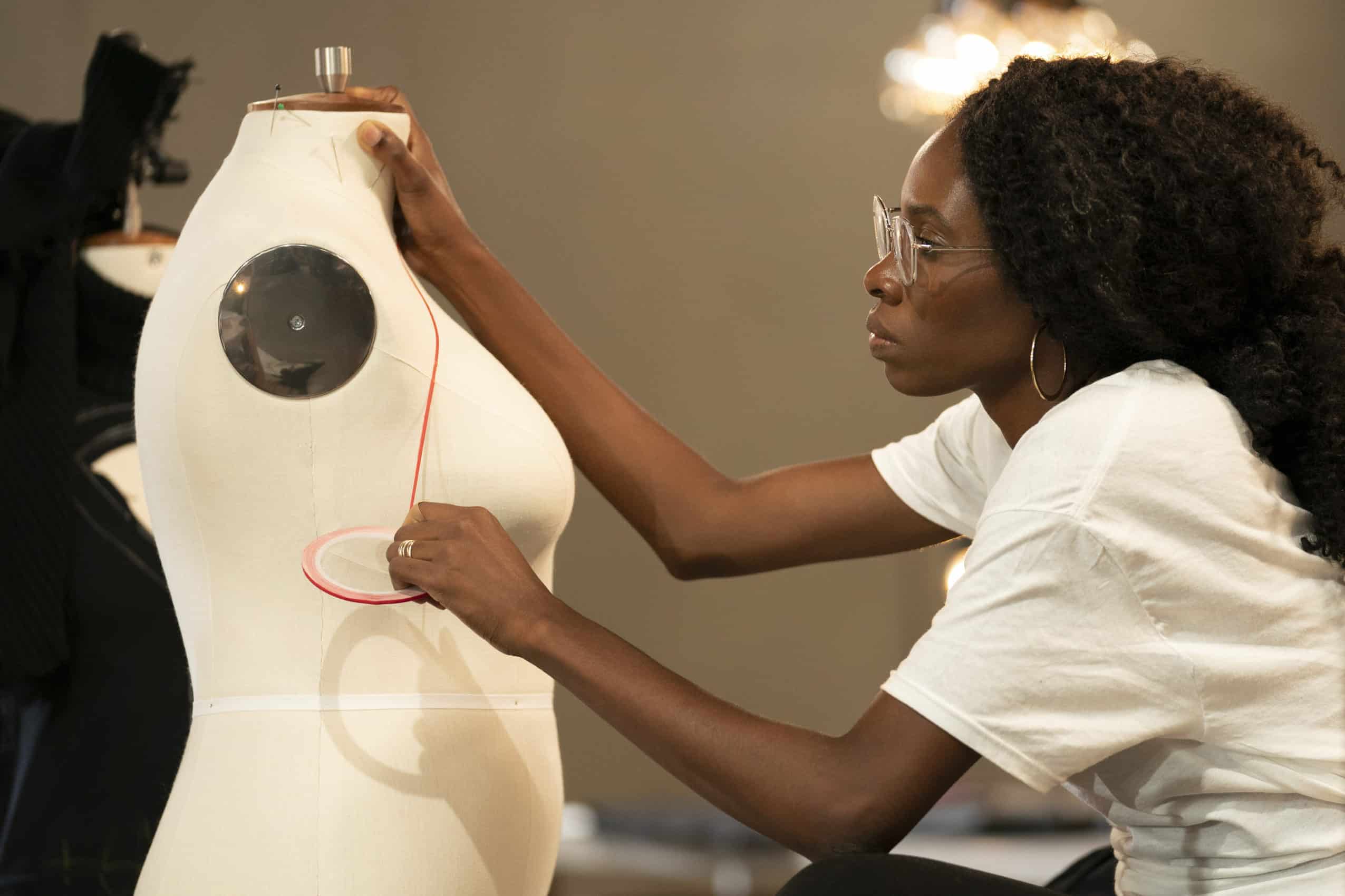 Have you gotten recognized since the show started airing?
Yes! The first day it came out. It was a Friday afternoon and my husband was putting up a poster in the store with my picture and Heidi’s picture. I was about a couple steps away, I wasn’t close to the poster. This woman was staring at me for quite some time. She just stopped and stared. And I was like, ‘Okay, let’s try to make this as least awkward as possible.’ And she goes, ‘I watched you last night!’ And I’m like you’re watching me now! That was really cool. She said, ‘I’m so proud of you!’ I haven’t been outside much for people to recognize me. But when I visit my old neighborhood, a lot of people are really, really excited to be able to watch me and see someone who they’ve seen growing up as a five-year-old who’s now someone they get to watch on TV today.

This must be a very fun summer for you!
Yeah, my parents have been getting accosted. They’re so proud. So proud!

Girl Gang’s “I Am Mentally Strong” Collection Is Here!