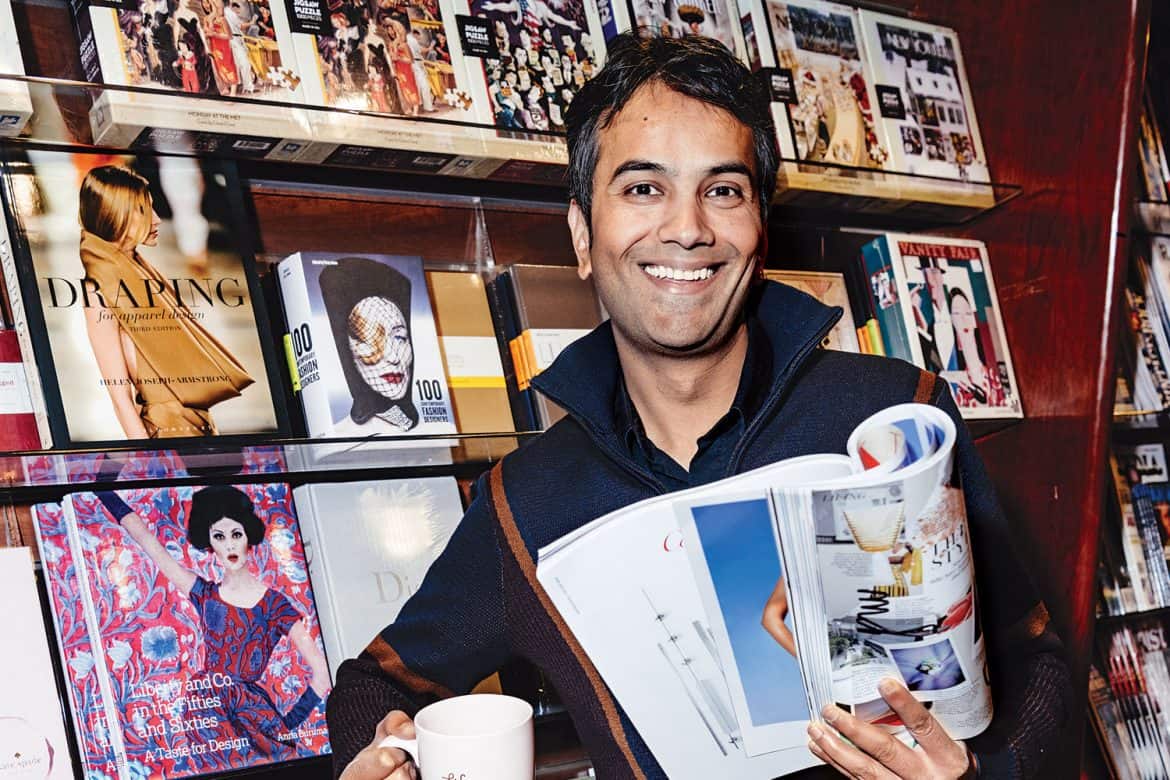 It’s been a hot minute since The Daily stopped by Magazine Café on West 37th Street to catch up with our buddy Manish Golchha. How are beloved glossies holding up in stores? Brace yourself…

I see you have a few gray hairs since we last chatted!
I just turned 40. I’m still looking good, so I’m not disappointed.

How are things at the store?
The store is better than ever! We did some renovations, including a new glass front. We’ve also added a gift section and stationery products, which is getting a great response. Besides that, the magazines are doing excellent because we’re now the only store in Midtown. We’re the only destination, so that’s helpful to us. Our competition closed down.

Last man standing!
The problem we’re having is we can’t keep popular magazines in stock, which is an issue. The supply chain isn’t that strong anymore for international magazines. It’s difficult to reorder. They come from overseas, and the volumes are less because they don’t want to pulp the magazines when they are left over. Shipping from Europe is expensive.

Has that increased the newsstand prices of international magazines, compared to, say, five years ago?
No. The prices are still the same. No one is going to pay more than $15.

Obviously the international editions of French Vogue and British Vogue do well. Are any other Vogue editions doing well?
The current issue of Vogue Italia is extremely hot. It’s an eco-friendly issue because there were no photo shoots. It’s basically illustrations inside, so they didn’t have to fly models to do photo shoots. People are finding the illustrations different and are taking to it. It’s cool! But I think it’s just a novelty. They had to do something different to get the eyeballs. 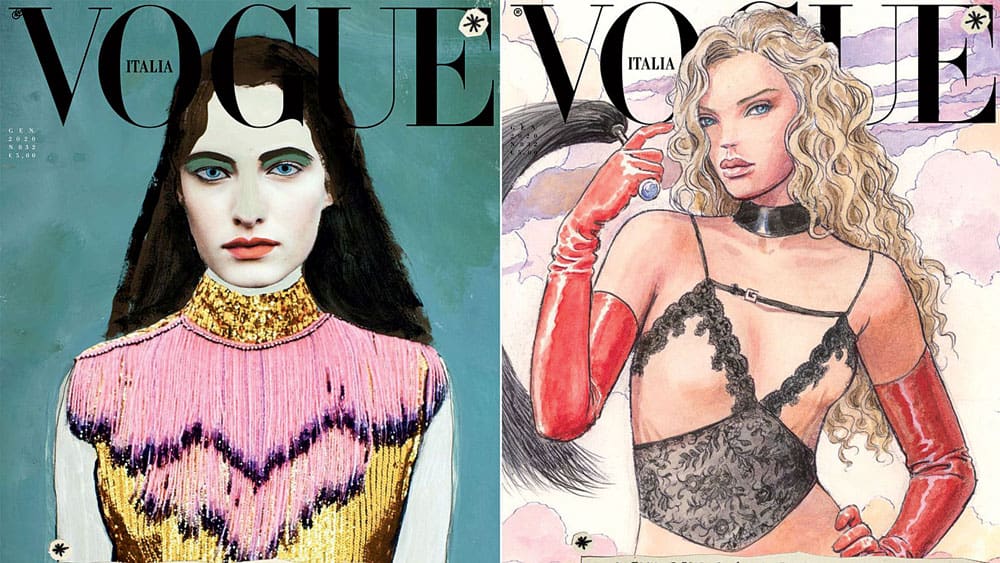 Which American titles are flying off shelves?
Vogue is always our No. 1 seller; we sell about 200–300 copies a month. V is doing very well. InStyle and Harper’s Bazaar are also doing well. Interview took a bit of a break, if I’m not mistaken. We weren’t getting it here. It’s back, but it’s not like before. It’s gone down. Maybe they skimp on the quality or there are changes in the team.

Any other glossies that have dipped in sales?
Porter is not doing too well. People aren’t picking it up.

Is Jennifer Aniston still selling like hotcakes?
Not really. Taylor Swift does unbelievably well. Beyoncé is on every fourth cover. J. Lo [sells] once in awhile. Gwyneth Paltrow still does well.

How are the tabloids doing? Is Meghan Markle your favorite person now because she sells so many magazines?
Yes! I would like her to be in controversy forever! The tabloids are okay. There are less than before.

How are the indies doing?
Lula Magazine has gone down. iD, LOVE, Pop, and Dazed & Confused are all selling pretty well.

How many copies of System do you sell a month?
We used to sell way more before, but we sell 30 to 40 copies a month.

What’s the hottest new title?
Cabana has exploded out of nowhere. It’s become a raging-hot magazine. They always have different covers with a text [heavy] feel with different designs. We can’t keep enough of them on our shelves. We sold 1,000 copies of one of the issues. People love collecting them.

What’s your favorite magazine to read?
Numéro Homme is pretty interesting for men’s fashion. Besides that, I love gadgets, so I love Stuff.

Any gadgets we should know about?
Besides self-driving cars? Foldable phones are coming!

We noticed you’re selling greeting cards now.
We always have, but we’ve expanded our section. We also have a seasonal table of curated gifts. You can get a sexy truth-or-dare game. You pick a stick and then you have to play truth or dare. All the dares have to be sexy.

You’ve gotten really racy here at Magazine Café!
Why not? Life is short!

What else is new?
We’re selling calendars and stationery. We started two months ago and people love it.

How did you find the real estate in the store for calendars and stationery?
This is where the men’s magazine section used to be.

And now it has stationery in it! I think that says it all.
We’re also now selling puzzles. They’re a big hit with all the tourists! Also, pens and bags. We want to be a stationery store and a magazine store! We also have a section where we’re selling old magazines for $5.

Why do you think things have changed so much in magazines?
People can get access to content on their smartphones. Print isn’t going to die. It will always have a place. The market has shrunk, but people still like having a magazine to hold in their hands. We’re seeing things stabilize.

Make sure to pick up your free copy of The Daily Front Row outside all the major shows today or read the full issue below.

NYC and LA Lit Up Last Night With A-List Parties

The Wolk Morais Diary: A Chic Guide to London for LFW