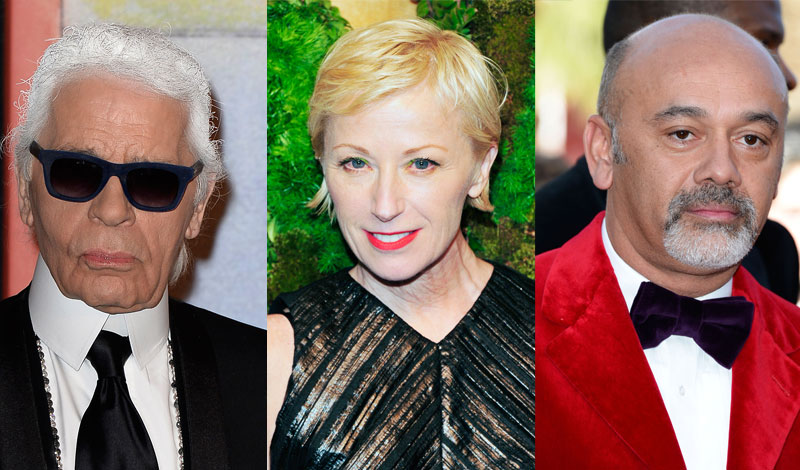 Lagerfeld, Kawakubo, and Louboutin chez Louis Vuitton? The mega luxury purveyor is once again tapping into its chic rolodex for design collaborators with various iconoclasts to design their own interpretations of the brand’s iconic brown and gold monogram pattern. The brand is turning 160 this year and the collaborations will be in honor of the big birthday. The list of designers contributing their creativity to the classic LV pattern includes Karl Lagerfeld, Rei Kawakubo, Christian Louboutin, Cindy Sherman, Marc Newson, and Frank Gehry, who will all create bags and luggage for the label in their own vision. Lagerfeld and Sherman will also create a limited, numbered set of 25 trunks.

The project is being dubbed “The Icon and the Iconoclasts”. Further details of what the collection will entail are being kept under wraps, Lagerfeld will be creating a punching bag, while Newson is said to have designed a men’s bag, according to WWD. Newly-minted creative director Nicolas Ghesquière made the selection of designers alongside Delphine Arnault, who headed up the project. Ghesquière’s predecessor, Marc Jacobs, was also known for spearheading collaborations with artists like Takashi Murakami, Stephen Sprouse, Richard Prince, and Yayoi Kusama. But the iconoclasts collaboration is said to be following in the footsteps of a 1966 project Louis Vuitton did to commemorate the monogram with artists and designers like Azzedine Alaïa, Manolo Blahnik, Romeo Gigli, Helmut Lang, Isaac Mizrahi, Sybilla, and Vivienne Westwood. The latest version will also come with an advertising campaign, a book, and a launch event in New York City. Expect the aforementioned event to take place in November, while the collaboration will launch in mid-October.

The CFDA Awards Gets Sketchy With Artist Katie Rodgers