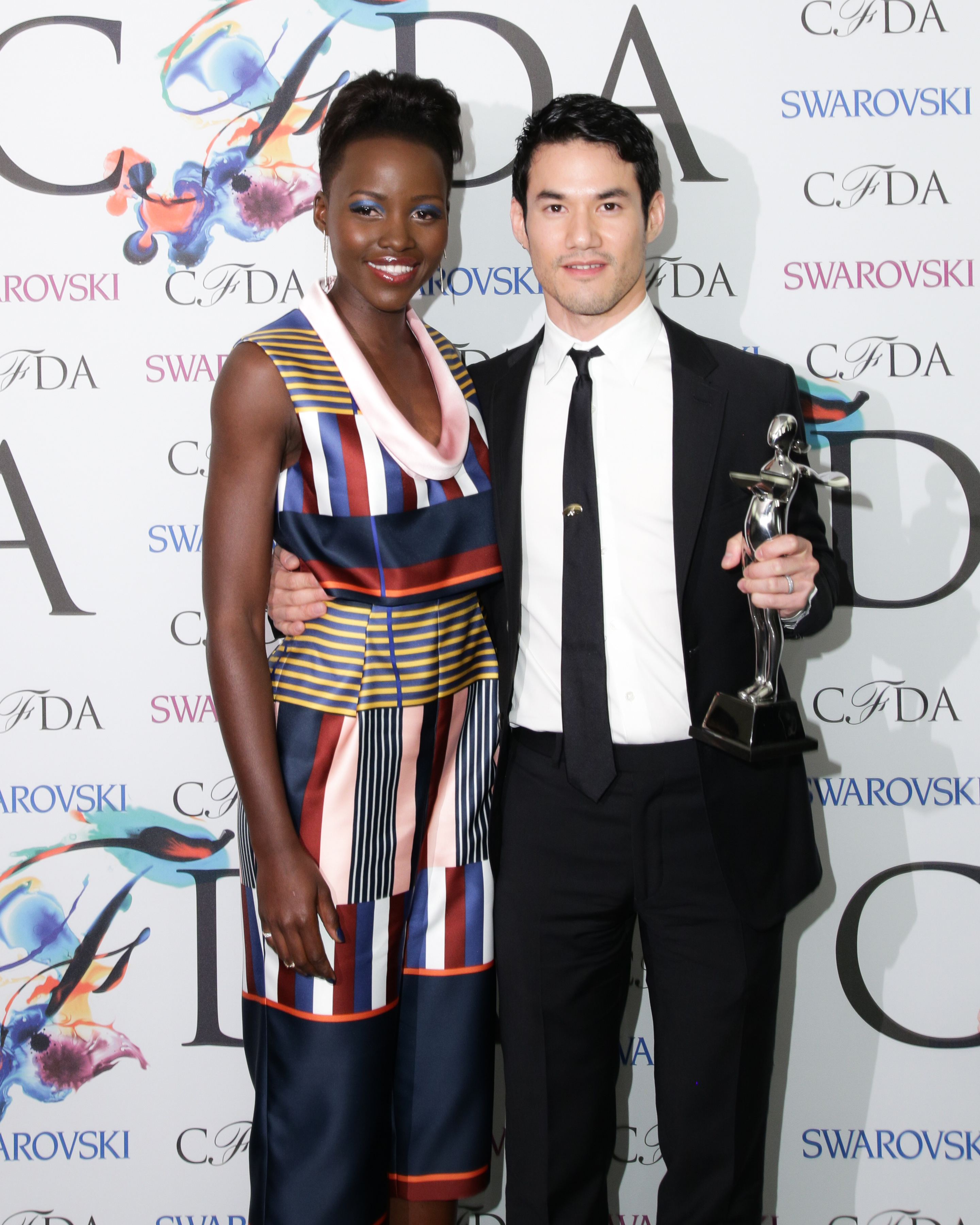 The latest crop of CFDA Award winners were fêted at Lincoln Center’s Alice Tully Hall last eve, with Joseph Altuzarra taking top honors for the femmes as Womenswear Designer of the Year, Public School’s Maxwell Osborne and Dao-Yi Chow nabbing the Menswear Designer of the Year accolade, while the Accessories Designer of the Year award went to The Row’s Mary-Kate and Ashley Olsen. This year’s host was John Waters, while the 2014 Fashion Icon award went to Rihanna, presented by Anna Wintour. As for the industry’s burgeoning talents getting some serious CFDA love? Creatures of the Wind’s Shane Gabier and Christopher Peters scored the Swarovski Award for Womenswear, and the complementary Menswear Award went to Tim Coppens; on the accounterment front, Irene Neuwirth took home the Swarovski Award for Accessory Design. On the established-and-revered front, Tom Ford got this year’s Geoffrey Beene Lifetime Achievement Award, presented by the fashion dynamo’s husband, Richard Buckley.