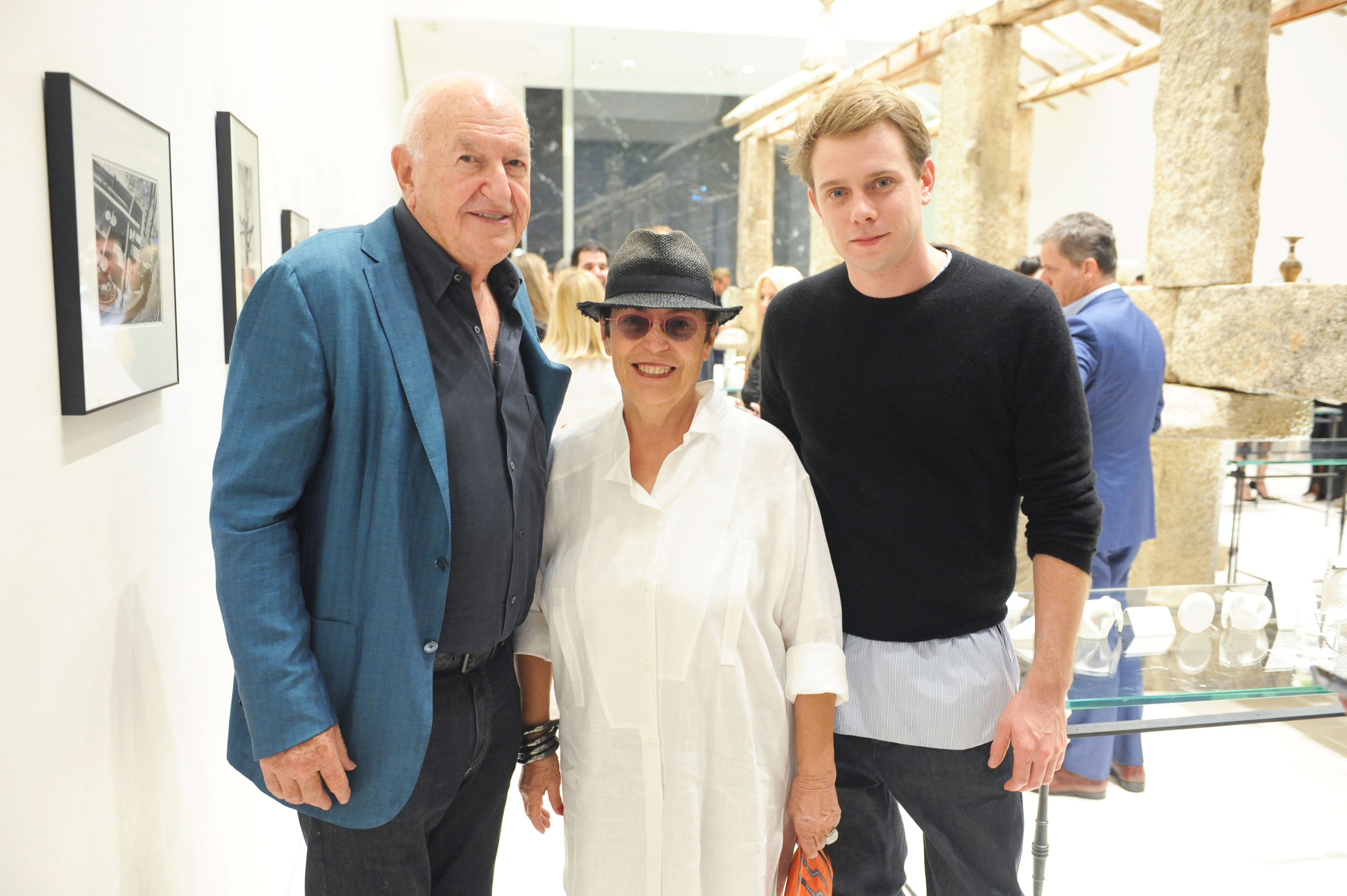 This week in Miami’s Design District The Loewe Foundation held an opening party for the Chance Encounters exhibition, curated by Jonathan Anderson. Creative polymaths, Don and Mera Rubell, founders of the Rubell Family Collection and the highly anticipated No Man’s Land, joined Anderson to celebrate the exhibition. “I just love the way he thinks. He thinks like an artist and he translates it into fashion,” Mera told us. “He’s fearless and breaks the rules. He’s conscious of the human body. His clothes can be worn by a young 20-something and also a young 70-something.” Don added, “He has a sense of humor! Jonathan is also a collector and that means a lot.”

The exhibition is installed in and around the 18th Century granary building, which Anderson transported to Miami from a small town on the border between Galicia and Portugal. Built out of stone and wood and originally used for grain storage, the exhibition has a dramatic, even surreal presence in the space that stages a meeting of past and present.

“When we first opened the store, we wanted someone to host us so we asked Don and Mera,” Anderson told us. “They were the most welcoming people. They are incredibly inspiring as a couple. When you talk to them you feel full of energy. When I think of the Rubell’s I think of Miami.” What’s his impression of the city? “Before I ever came here, I always thought Miami was just like a J.Lo video and then I got here and fell in love with it. I’m obsessed with it.” You’re most likely to spot Anderson at The Standard during his downtime in town. “I feel like I’m staying in a 1970s chinoiserie sort of era.”