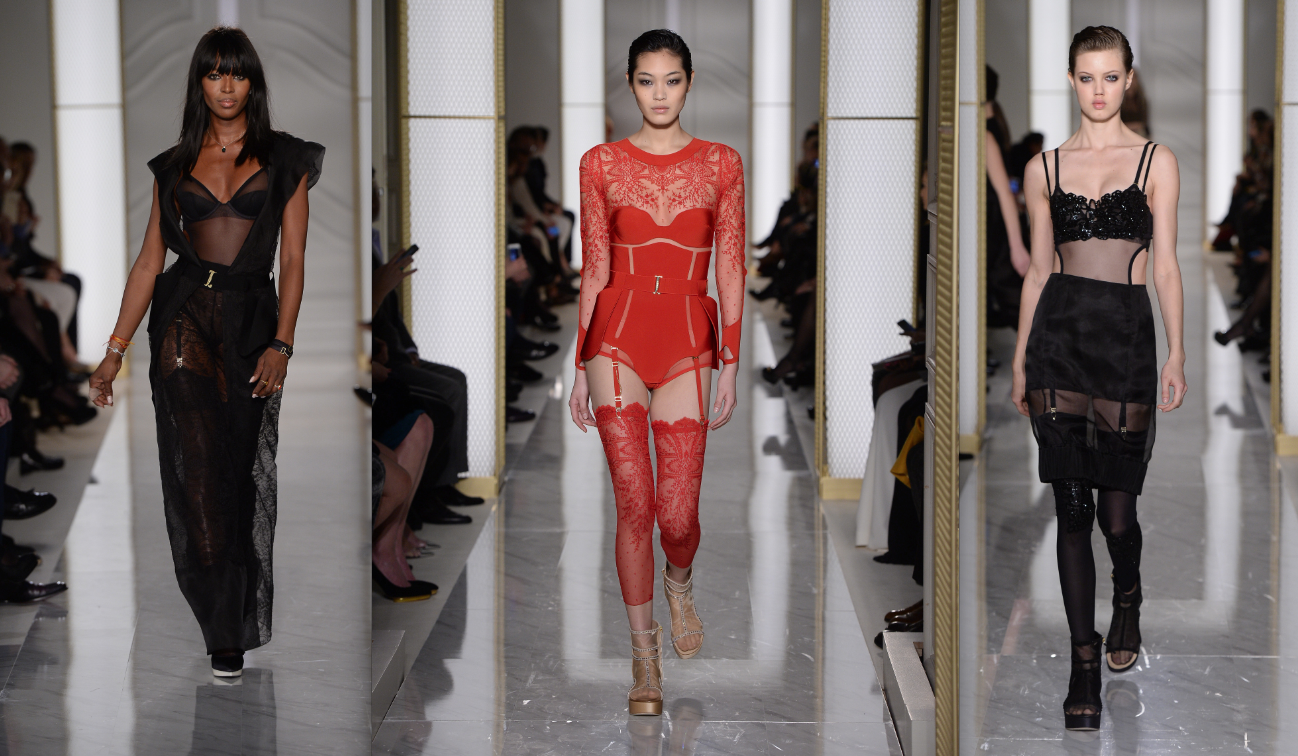 If you can spend thousands upon thousands on a couture wardrobe, you should be luxe from the inside out! That was theme of La Perla’s debut couture collection at the Hôtel Salomon de Rothschild, which blurred the lines between sporty daywear and boudoir underpinnings. The collection evolved from lingerie to beachwear to clothing with see-through effects. There were pieces made from an “impossible lace”, which was derived from an early Calais pattern from the 1900s. These were made from an antique loom belonging to Calais, which La Perla restored to recreate intricate lace techniques that remain light as a feather. Chic. Suspender straps were connected to hose done in red or black lace or in black adorned with feathers. They came without feet for a more modern take on the age-old lingerie staple. It was soft, sensual, and sexy, while maintaining a fierce edge, which is why they chose Naomi Campbell to close the show. Not only is she the embodiment of that message, she still has the body to carry it at age 44. Did we mention Campbell is also the face and body of Agent Provocateur‘s Spring 2015 line? This is why she is an icon. Mon Dieu! Now, who wouldn’t want to open up a package of La Perla straight from Paris for Valentine’s Day, darlings?