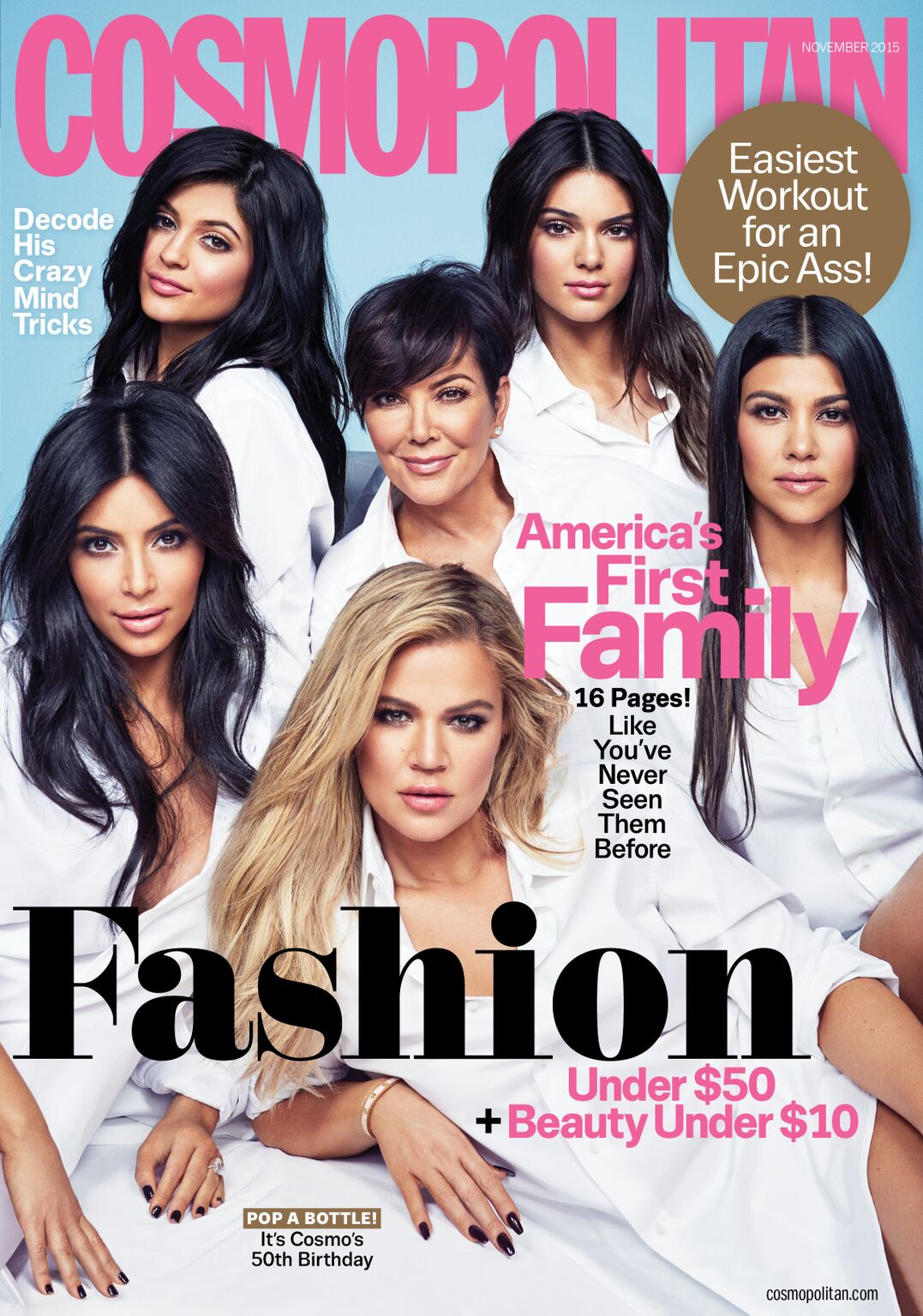 As recently revealed on an episode of Keeping Up with The Kardashians, the Kardashian and Jenner girls (dubbed America’s First Family) cover the November issue of Cosmopolitan, which celebrates its 50th birthday this year. Cosmo worked with the schedule gods to put Kim Kardashian, Kendall Jenner, Kris Jenner, Khloe Kardashian, Kylie Jenner, and Kourtney Kardashian in one room together for the shoot. The mag will be celebrating life at 50 with a bash in Los Angeles on October 12. (The Hearst title has reason to party, with the revenue numbers up 35 percent and up 30 percent in ad paging for the issue.)

Inside, we’re promised 16 pages of the ladies “like we’ve never seen them before” and a piece about the fam written by Ryan Seacrest. “It takes courage to go on camera and deal with something with which you never thought you’d be dealing. I, for one, thank them for sharing the journey, because more often than not, it’s not only entertaining, it’s inspiring,” Seacrest writes. If none of this is your cup of tea, Cosmo promises on its coverline a piece on the “Easiest Workout for an Epic Ass!” You could also just ask Kim. Bam!