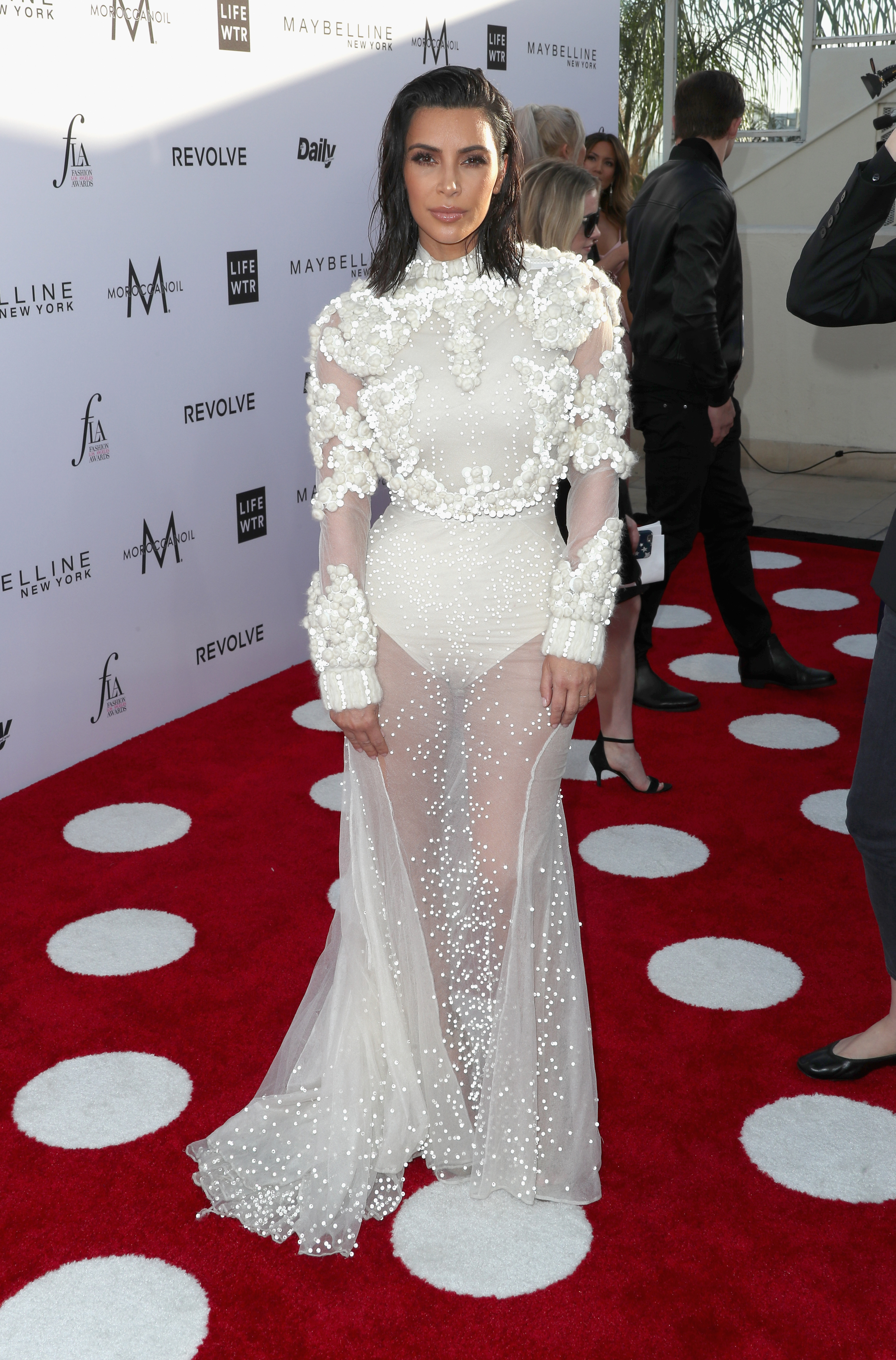 Kim Kardashian’s FLA Red Carpet Moment [E! News]
#AboutLastNight! The E! reality star and business mogul stepped out Sunday evening for The Daily’s Fashion Los Angeles Awards in a completely sheer Givenchy gown, which she explained on Twitter was inspired by the Givenchy look she wore for her 2014 wedding to Kanye West.

Burberry Signs Strategic Deal with Coty [BoF]
Burberry has announced a strategic partnership with Coty to help accelerate the growth and development of its beauty division, effective in October.

A New Gossip Girl-Inspired TV Show is Coming [Harper’s Bazaar]
HBO reportedly has the rights to Prep, the 2005 Random House-published novel by Curtis Sittenfeld about a Midwestern girl coming of age and navigating life in a New England boarding school.

Paris Jackson on Her Modeling Debut, Fashion Goals, and Acting