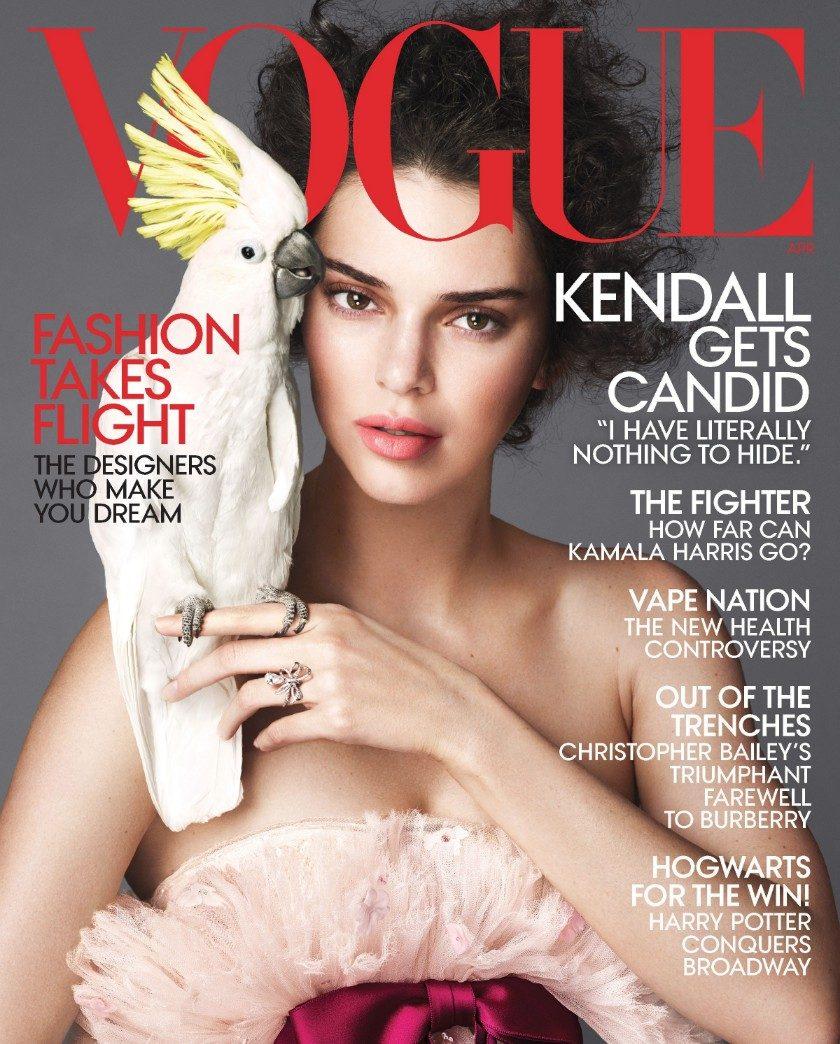 The latest issue of Vogue once again features Kendall Jenner on its cover. But this time, the requisite beautiful photo spread is accompanied by an in-depth and unusually candid interview in which the usually fiercely private model finally addresses the lesbian rumors that have swirled around her for years.

“Why, I wonder, does the internet seem to think you’re gay?” asks interviewer Jonathan Van Meter.

“I think it’s because I’m not like all my other sisters, who are like, ‘Here’s me and my boyfriend!’ So it was a thing for a minute because no one ever saw me with a guy. I would always go that extra mile to be low-key with guys, sneaking around all the time. You don’t want to, like, look crazy […]

“I don’t think I have a bisexual or gay bone in my body, but I don’t know! Who knows?! I’m all down for experience — not against it whatsoever — but I’ve never been there before.”

“Also, I know I have kind of a . . . male energy? But I don’t want to say that wrong, because I’m not transgender or anything. But I have a tough energy. I move differently. But to answer your question: I’m not gay. I have literally nothing to hide […] I would never hide something like that.”

According to Van Meter, Jenner is currently dating Detroit Pistons power forward Blake Griffin, although Jenner herself was not exactly forthcoming with specifics during their initial interview. “She refuses to confirm this fact,” writes Van Meter, “but one of the reasons we can be fairly certain is that the day after Valentine’s Day she calls me from Michigan, and when I ask why she’s there she says coyly, ‘I’m visiting a friend.’ When I ask point-blank if she has a boyfriend, she says, ‘I like my private life.’ Pause. ‘Yeah . . . no. I’m happy. He’s very nice. I have someone being very nice to me.’”

dear Kevin, you are as tall as you are funny. nice chatting. @kevinhart4real @obb #coldasballs

So, there you have it. Kendall Jenner: not gay, not bi, but “down for experience” and almost definitely dating Blake Griffin.