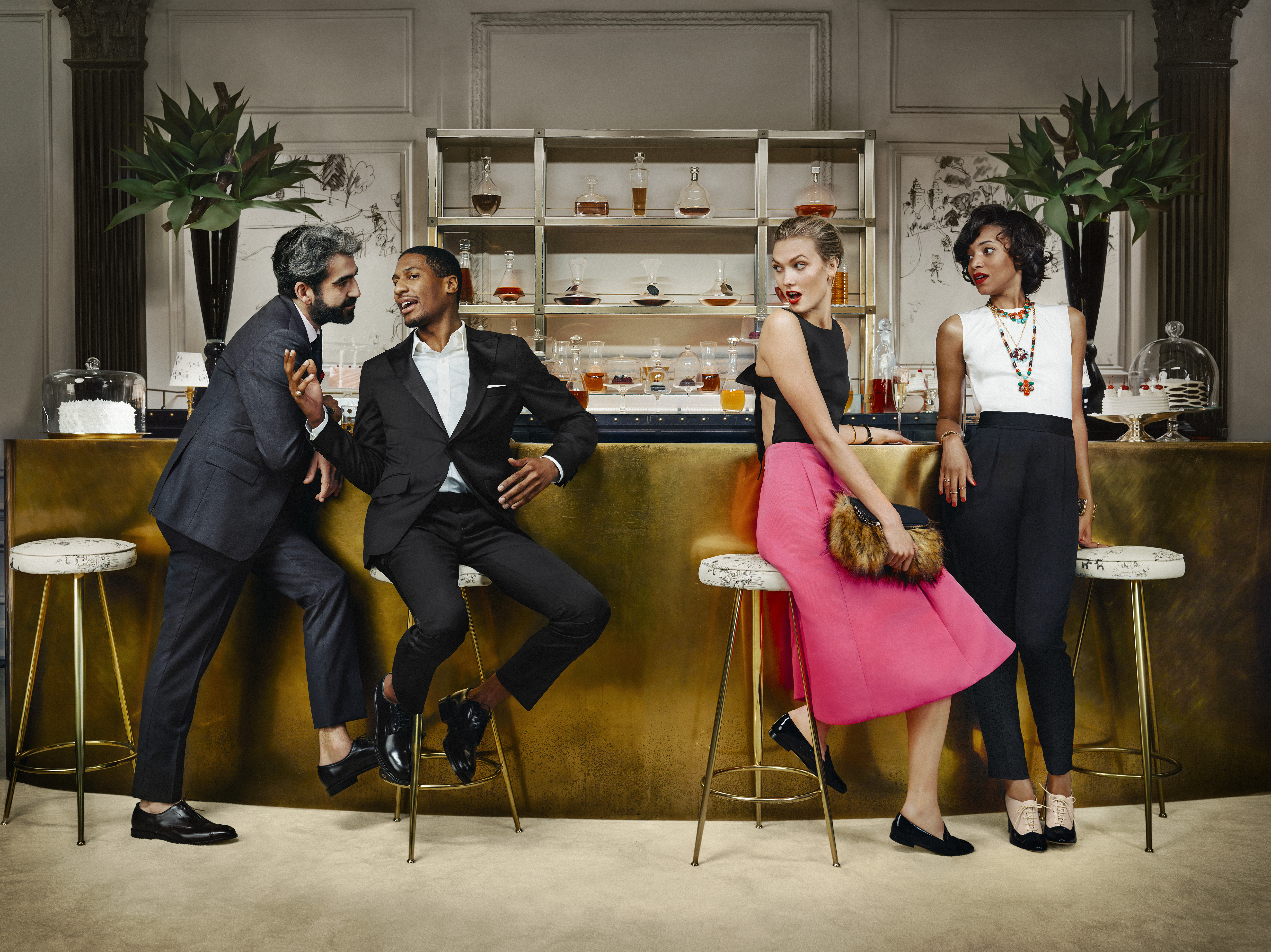 There is no shortage of Karlie Kloss in this year’s set of fall campaigns! The mod returns as the star of Kate Spade New York’s newest ad set along with a colorful cast of New York characters. Par example? Artist Anh Duong,Vogue‘s resident sex and relationship columnist Karley Sciortino, singer Alice Smith, and fiery redhead twins Juliet and Elise Marold. On the male front, John Batiste and Alireza Niroomand round out the group, who are collectively dressed in quintessential fall fabrics (lots of plaid) and rich, bold hues. The cozy-meets-flirty campaign was shot at the iconic Pierre Hotel in the Big Apple by Emma Summerton and was styled by Elin Svahn. Additionally, Jimmy Paul was on hair duty, and Romy Soleimani was on deck for makeup.