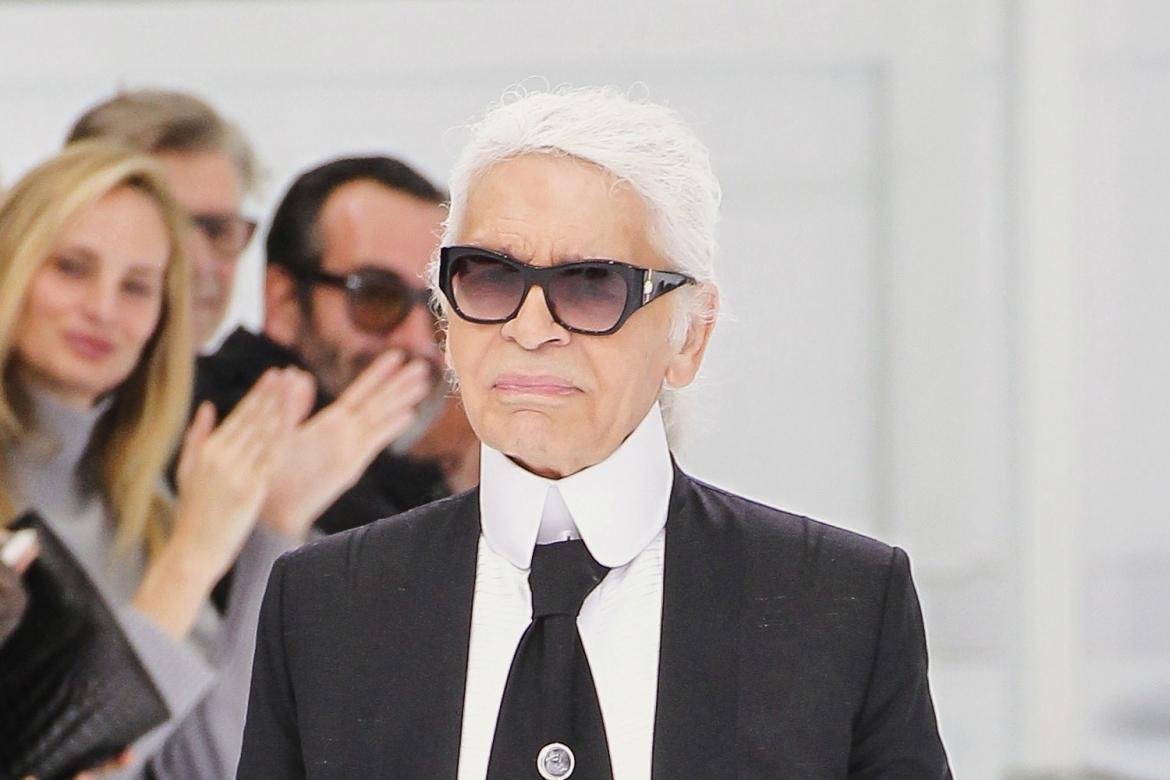 Karl Lagerfeld has never been one to hold his tongue. But in his interview with Philip Utz for the latest issue of Número, the perpetually-quotable Lagerfeld goes from sassy to savage. We sifted through the story, released in English today, plucking out the most outrageous of Lagerfeld’s observations:

On other designers:
“That is exactly why all the other designers hate me… They can spend an hour deciding where a button should go, or choosing sketches done by their assistants, which riles me to distraction. I am a machine. The worst thing about all of this, is that they try and blame me for their problems with working overtime… All these designers who design exclusively for brands [as oppose to designing for multiple brands, like Lagerfeld] end up finding themselves completely sterilised. By dint of revisiting their own classics, they end up going around in circles, biting their own tails. As far as I’m concerned, I am obliged to constantly reinvent myself by going from one house to the next, which is what also allows me to see what’s happening next door. I’m constantly moving, which stops me from navel-gazing all day and becoming fossilised.”

On the recently deceased Azzedine Alaïa:
“The worst thing about all of this, is that they try and blame me for their problems with working overtime. Azzedine [Alaïa], for example, before falling down the stairs, claimed that the supposedly unsustainable rhythms in fashion today were entirely my fault, which is absurd. When you are running a billion-dollar business, you must keep up. And if is doesn’t suit you, then you may as well mess around in your bedroom…I don’t criticise him, even if at the end of his career all he did was make ballet slippers for menopausal fashion victims.”

On the recently deceased Pierre Bergé:
“I’m sorry but last year I lost my two best enemies Pierre Bergé and the other one. Azzedine [Alaïa] loathed me, go figure. And for Pierre’s funeral, my florist asked me, ‘Do you want us to send a cactus?’”

On being cremated and scattered with Choupette:
“There will be no burial. I’d rather die….I’ve asked to be cremated and for my ashes to dispersed with those of my mother … and those of Choupette [Karl Lagerfeld’s cat], if she dies before me.”

Happy #FathersDay Daddy @karllagerfeld. Thank you for bringing me into the (fashion) world. 😘

On his new winterwear capsule:
“Coco Snow– which isn’t, I assure you, a capsule collection for cokeheads, but a winter sports line.”

On his metabolic status:
“I don’t get fat anymore. I was on a diet for 15 years, but now I can eat all I want without ever gaining a gram. It’s very strange.”

On male models:
“Men’s fashion does little for me. I buy it of course, and I’m delighted that Hedi [Slimane] is going to Céline but drawing a men’s collection and having to put up with all those stupid models, no thanks. Not to mention the fact with all their accusations of harassment they have become quite toxic. No, no, no, don’t leave me alone with one of those sordid creatures…”

“Sébastien [Jondeau, Lagerfeld’s longtime personal assistant] embodies a male canon that is the complete opposite of those skinny things with wonky teeth we generally see on runways… They certainly don’t run the risk of getting harassed. To be honest what they really need is a good dentist.” 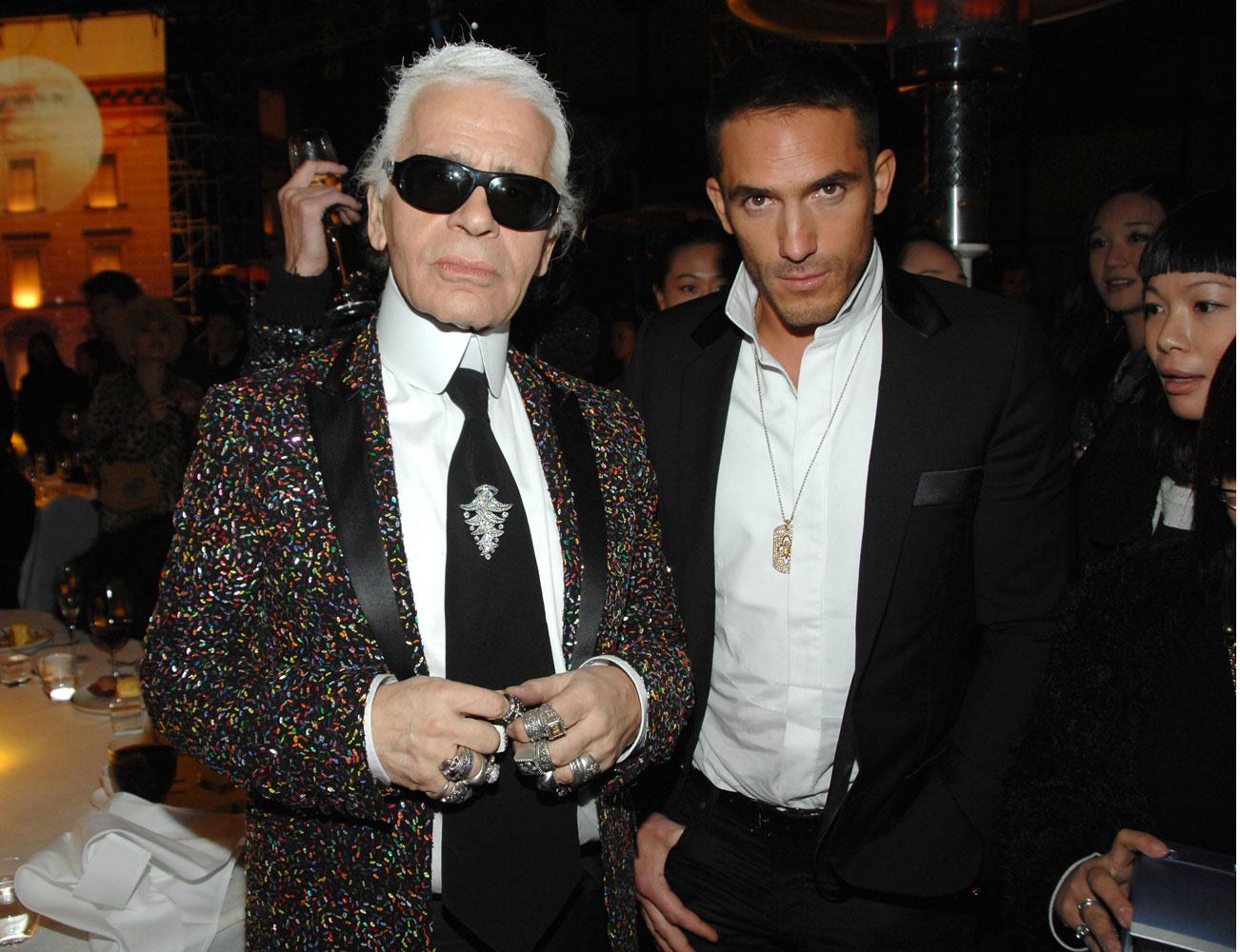 On his colleagues:
“I’m not surrounded by idiots, I have fantastic teams. So, when it comes to the retarded and other ignoramuses, I don’t see them, I don’t know them …”

On #MeToo:
“I’m fed up with it….What shocks me most in all of this are the starlets who have taken 20 years to remember what happened. Not to mention the fact there are no prosecution witnesses. That said I cannot stand Mr Weinstein. I had a problem with him at amfAR [the amfAR Gala is organised during the Cannes Film Festival in the fight against AIDS] …it wasn’t of a sexual nature, but a professional one. I’ll spare you the details, but he isn’t exactly what you might call a man of his word.”

“I read somewhere that now you must ask a model if she is comfortable with posing. It’s simply too much, from now on, as a designer, you can’t do anything. As for the accusations against the poor Karl Templer [former creative director at Interview magazine], I don’t believe a single word of it. A girl complained he tried to pull her pants down and he is instantly excommunicated from a profession that up until then had venerated him. It’s unbelievable. If you don’t want your pants pulled about, don’t become a model! Join a nunnery, there’ll always be a place for you in the convent. They’re recruiting even!”

On eyeing a successor for Chanel:
“I don’t propose anything or anyone, because the house of Chanel doesn’t belong to me. Marc Jacobs, who I adore, also dreamed of replacing me… When I first knew him, he was 17 years old working as an assistant for my friend Perry Ellis. Alas when he was made artistic director there, he got fired because of his grunge collection which didn’t work at all.”

On who he’d take to a deserted island between Virgil Abloh, Simon Porte Jacquemus and Jonathan Anderson:
“I’d kill myself first.”