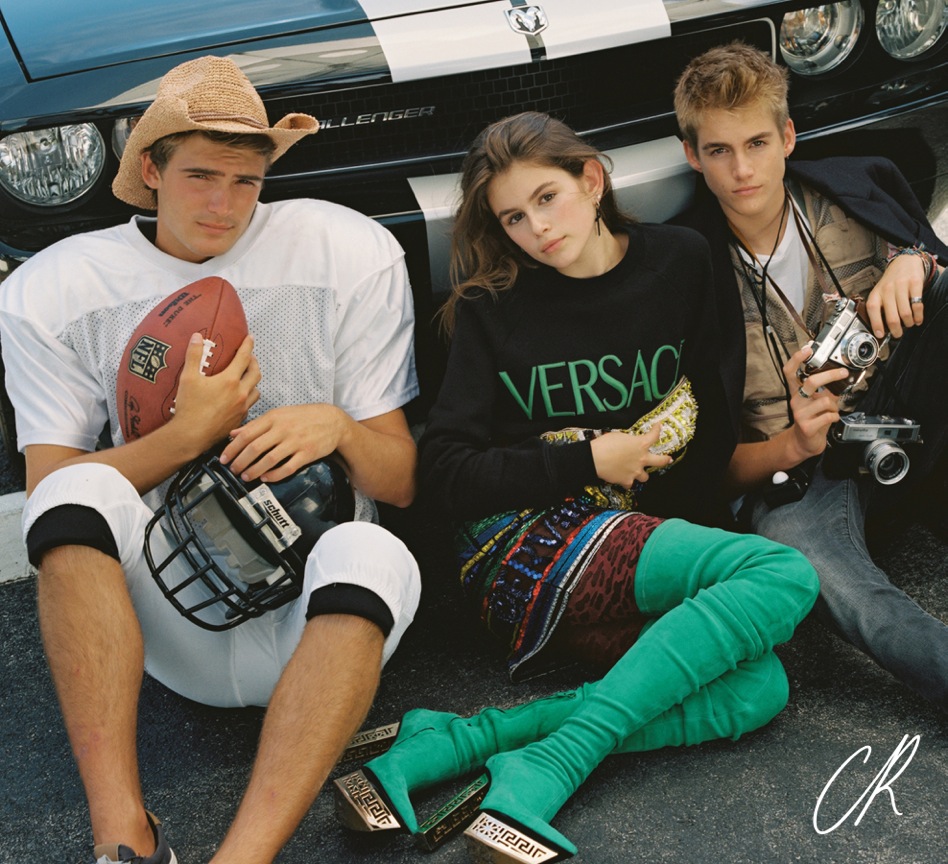 Just a few days after IMG Models announced its representation of Cindy Crawford‘s daughter Kaia Gerber, the 13-year-old mod is already booking like a pro: the stunning brunette has landed a coveted gig with CR Fashion Book along with bro Presley Walker Geber, who has also signed on with the powerhouse agency. “I found them to be very polite and from a very good background for their age. I am not that surprised—I have known Cindy, their mom, since my days at Elle Magazine,” said editor-in-chief Carine Roitfeld. “We never know if they will end up in fashion in the end…but this story is proof that the apple never falls very far from the tree.” Roifield, who was one of the first to cast Gigi Hadid and photographed her with sister Bella for a spread, chose the siblings to appear in CR Fashion Book‘s seventh issue. She shot them along with Bruce Weber. The spread marks Gerber’s second prestigious editorial spread, her first being her debut in the August 2015 issue of Vogue Italia, which was shot by Steven Meiseil. The best piece of advice from her mom? “She told me that I should have a thought behind what I’m doing. You can’t just look off somewhere and not have any thought behind it. Think about being in love or being happy or sad,” Gerber told the pub. “Each pose should have a thought behind it. It’s almost like acting.”