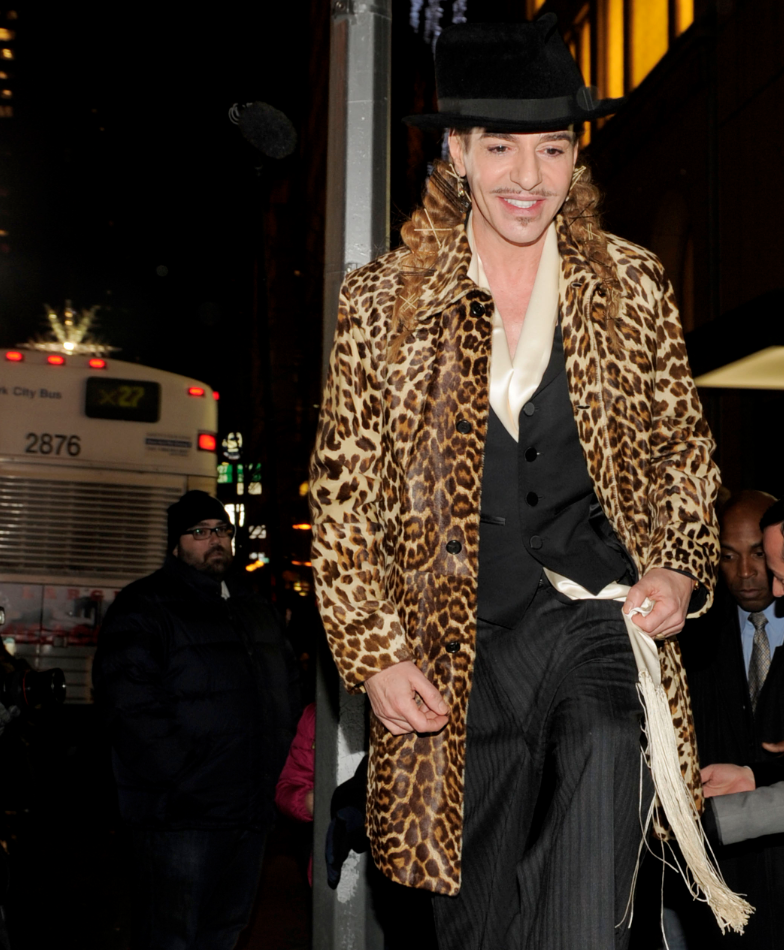 Is John Galliano’s next chapter finally here? Page Six reports today that sources are telling the paper that the designer is headed to Maison Martin Margiela. A rep for Galliano tells them: “He’s having active and ongoing conversations with a few companies.” Galliano’s last big move was working with Oscar de la Renta in February 2013 on a successful collection that many thought would turn into a full time gig, but reportedly didn’t come together due to money matters. More potential designer shuffles: word has it that Peter Copping, currently creative director of Nina Ricci, will be joining Oscar de la Renta in a senior design role. Guillaume Henry, who just departed Carven, is said to be taking Copping’s place at Nina Ricci. Everybody following along? Galliano moving to Margiela wouldn’t be the biggest shocker. Renzo Rosso, who owns a large stake in the brand, has gone on record supporting Galliano: “Who wouldn’t like to work with him? If he ever got back his name, I would be the first to produce his collections,” Renzo has said. Galliano was fired from Dior in 2011 after…well, ya know.