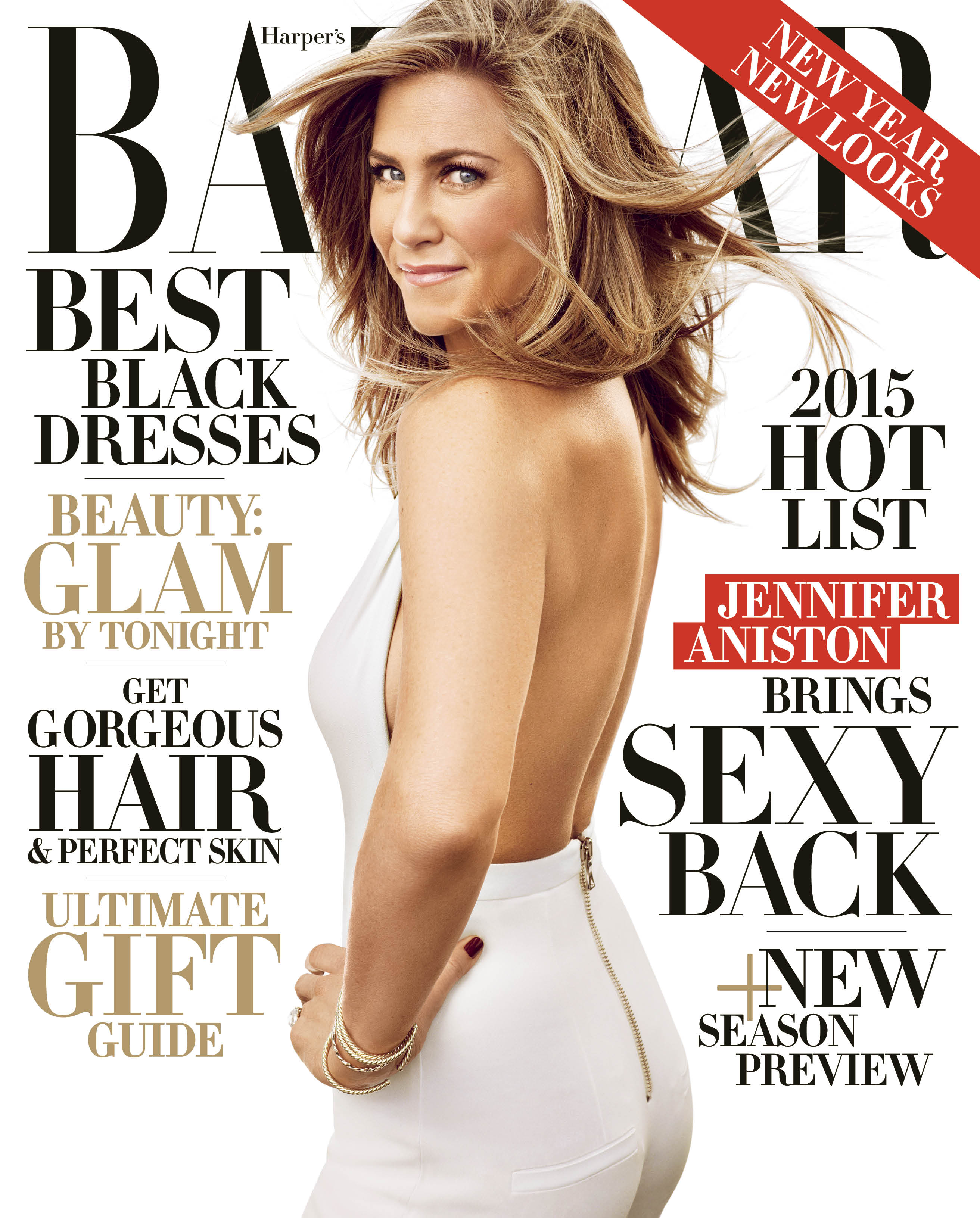 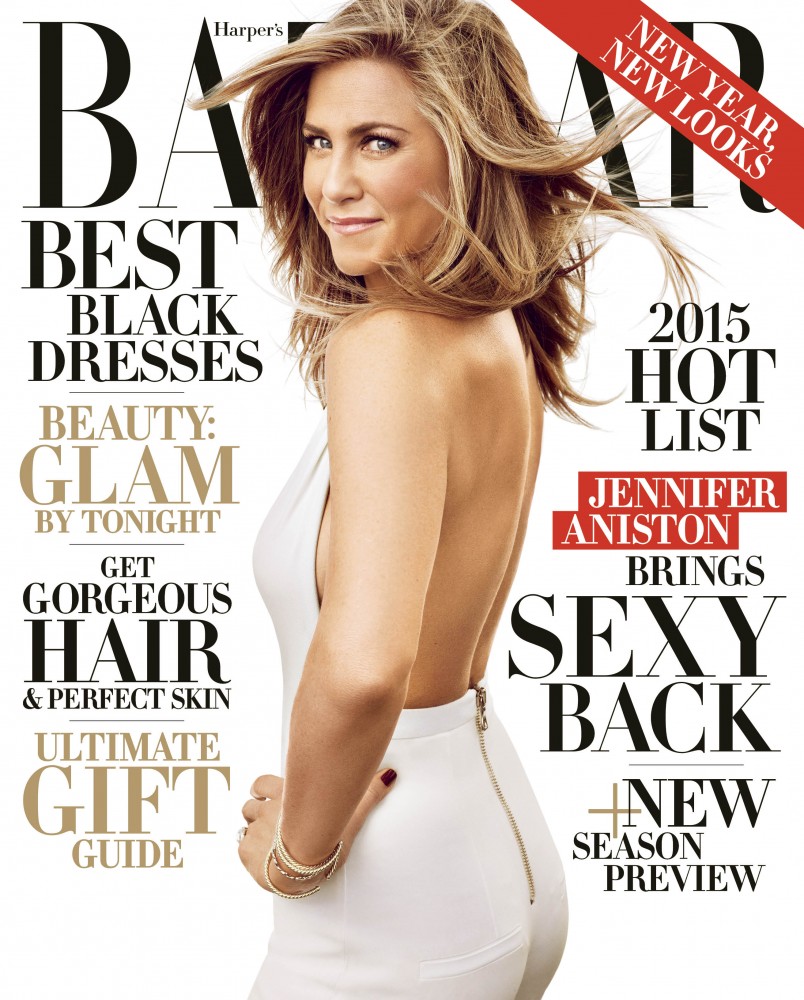 Melvin Sokolsky shot Jennifer Aniston for Harper’s Bazaar’s December/January issue, which hits stands on November 25th. Inside the issue, she tells Laura Brown how she’s learned to deal with those endless US Weekly and InTouch stories about her sad, childless and lonely life. “There was a part of me that used to get very upset,” Aniston says. “I was guilty of getting too up in arms about stuff that wasn’t real, phantom boxing with something that’s not even there. Now I’d rather just focus on people and things that are here, happening, and what’s yet to come. My friends, my family, wonderful people I work with. We know what the real is.” She also opens up about fiancé Justin Theroux, saying, “It’s almost impossible to get bored with one another. We’ve tried so hard! And even that’s interesting because his eyes are so pretty, but we can entertain ourselves and talk about endless things, which is pretty great.” Aniston returns to screens, sans makeup, in the upcoming Cake, which is gaining Oscar buzz for her performance.