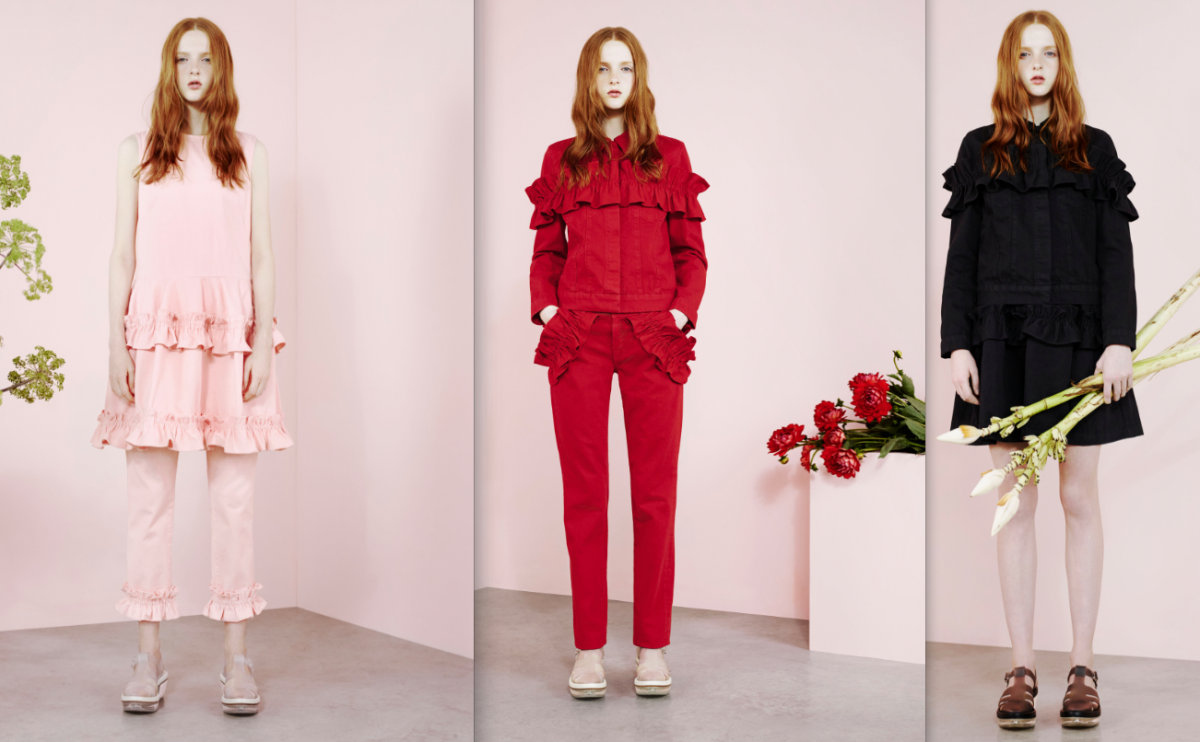 J Brand has unveiled its latest designer collaboration with haute burgeoning designer Simone Rocha. The 28-year-old Irish designer has been getting plenty of industry acclaim: She won the British Fashion Award for Emerging Talent in Womenswear last December, a finalist for this year’s inaugural LVMH prize, and a full feature spread in W‘s April issue, where she was featured as an up-and-coming designer to watch.

Now the designer is following in the footsteps of other J Brand collaborators like Proenza Schouler and Christopher Kane to create a capsule collection. The 14-piece collection, which includes statement-making monochromatic denim looks with quirky ruffle details, will be available starting November 14th exclusively at Dover Street Market’s global locations and online. From December 1st onwards, the collection can be found at Selfridges, Net-A-Porter, Browns, Bergdorf Goodman, Bon Marche, Montaigne Market, 10 Corso Como, and Isetan, in addition to JBrandJeans.com. Plus, the collection is modeled by up-and-coming Aussie mod Madison Stubbington, who we featured on our September 4th cover during New York Fashion Week. Click here to check her out!