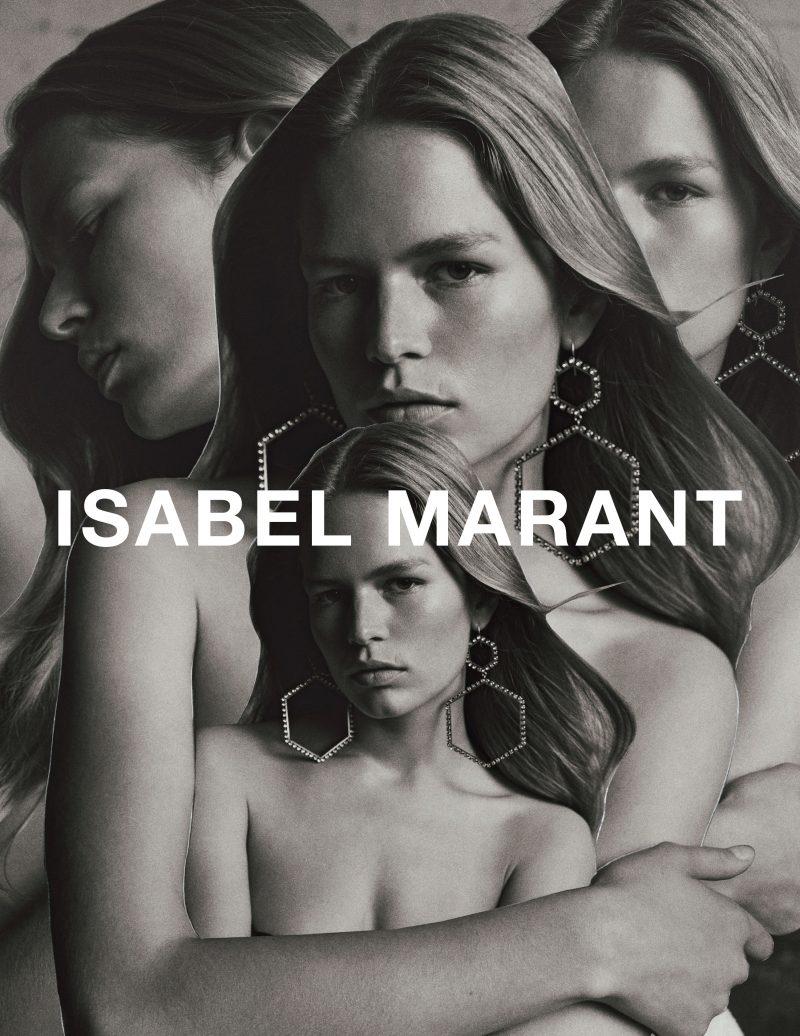 Triple the Anna, triple the glam! Isabel Marant tapped Anna Ewers for its Fall/Winter 2017 campaign, giving the beauty the ultimate exposure by featuring her not once, but anywhere from two to five times in one campaign photo. The campaign was shot by Inez & Vinoodh with creative direction by Atelier Franck Durand and styling by Géraldine Saglio. Ewers also starred in Marant’s Spring 2017 campaign, also shot by Inez & Vinoodh. The highlights? That sparkly top tucked into a pair of studded jeans and a major pair of statement earrings—and it wouldn’t be a Marant moment without some lustworthy footwear like cowboy-inspired thigh-high boots. Oh la la!