EXCLUSIVE: Interview Magazine Back From the Dead Already? 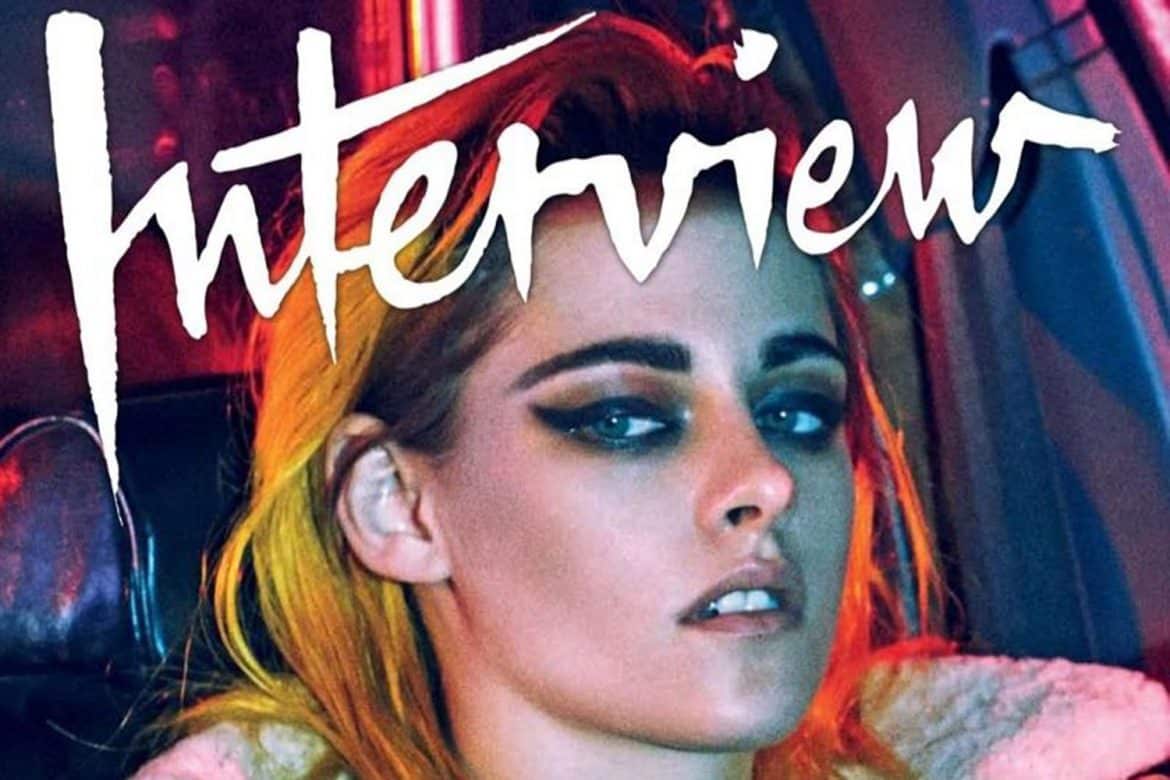 It looks like Interview magazine might be coming back from the dead after filing for Chapter 7 bankruptcy and shuttering on May 21st. A memo obtained by The Daily and written by Interview publisher Jason Nikic reveals that the magazine will return with a September 2018 issue.

The memo states that editor-in-chief Nick Haramis will return to the helm with Rihanna’s stylist Mel Ottenberg joining the staff as creative director, replacing Karl Templer. “Over the coming weeks, our editorial and creative teams will take the responsibility of making this rebirthed Interview as beautiful, as creative, and as visually stunning as ever,” wrote Nikic. “We are equally committed [to] bringing the same set of creativity, acumen, and devotion to the business of Warhol’s legacy as we have always brought to the editorial side. When we look into our crystal ball, it tells us the future looks bright indeed! And we hope that you, our patrons, continue to have faith in the importance Interview has played in its role as the “Crystal Ball of Pop” by supporting its rebirth and giving this icon a chance to driving pop culture for the next fifty years.”

The full memo below: 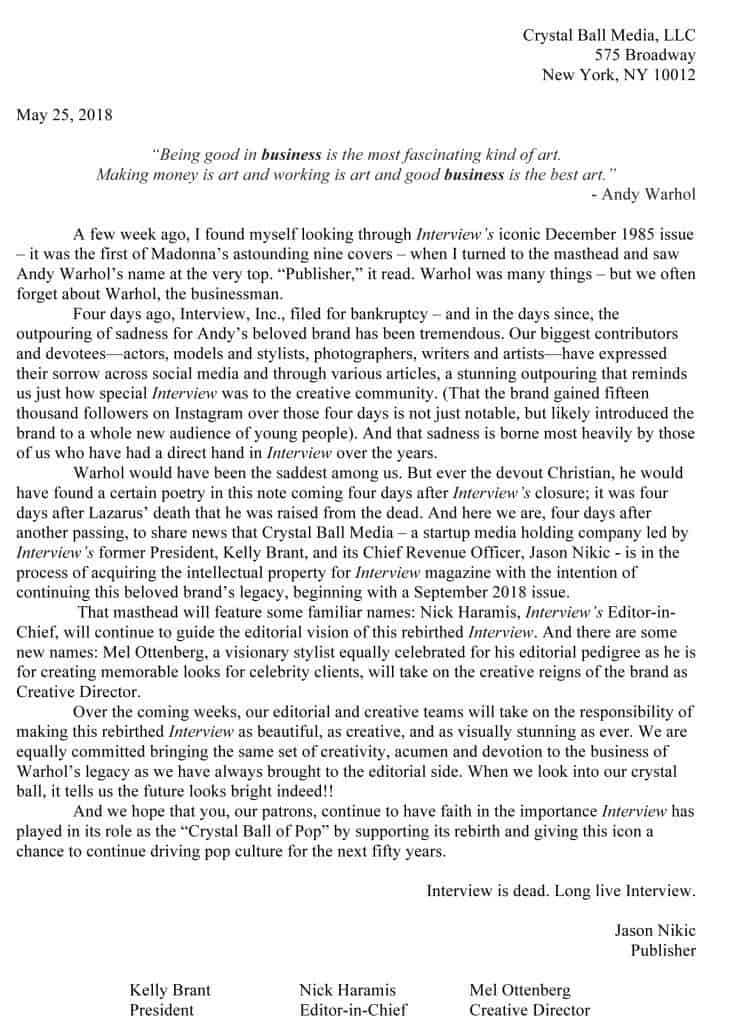 Last week’s bankruptcy revealed that Brant Publications owes money to 300 writers, editors, photographers, models, and agents, among them former Interview editorial director Fabien Baron and his stylist wife Ludivine Poiblanc, who are suing the magazine for $600,000.

Last week, Baron issued a statement regarding the closure, writing, “I am saddened and surprised by the news that Brant Publications has chosen to shutter the cultural icon that Interview has been since its founding by Andy Warhol. The abrupt decision to liquidate the magazine is regrettable given the myriad other options that were available to avert this outcome.  The artistic success of the magazine was due to the extraordinary work of a raft of talented contributors, many of whom are unfortunately now creditors due to the owner’s flagrant disregard for their welfare.”

I bought my first issue of Interview in 1978. Later I would buy my copies of it at Fiorucci, and, was gifted all its back issues by my then BF. I grew up with Interview and I dreamt of the day that I might someday do something that would warrant me being included amongst its glamorous people on its glamorous pages. Thru all of its changes I looked up to Interview and was inspired by its content and all its contributors. Thank you for everything INTERVIEW! I will truly miss you. Photo @mikaeljansson @fabienbaron #karltempler Cover (and story) styled by @kegrand #June/July2008.