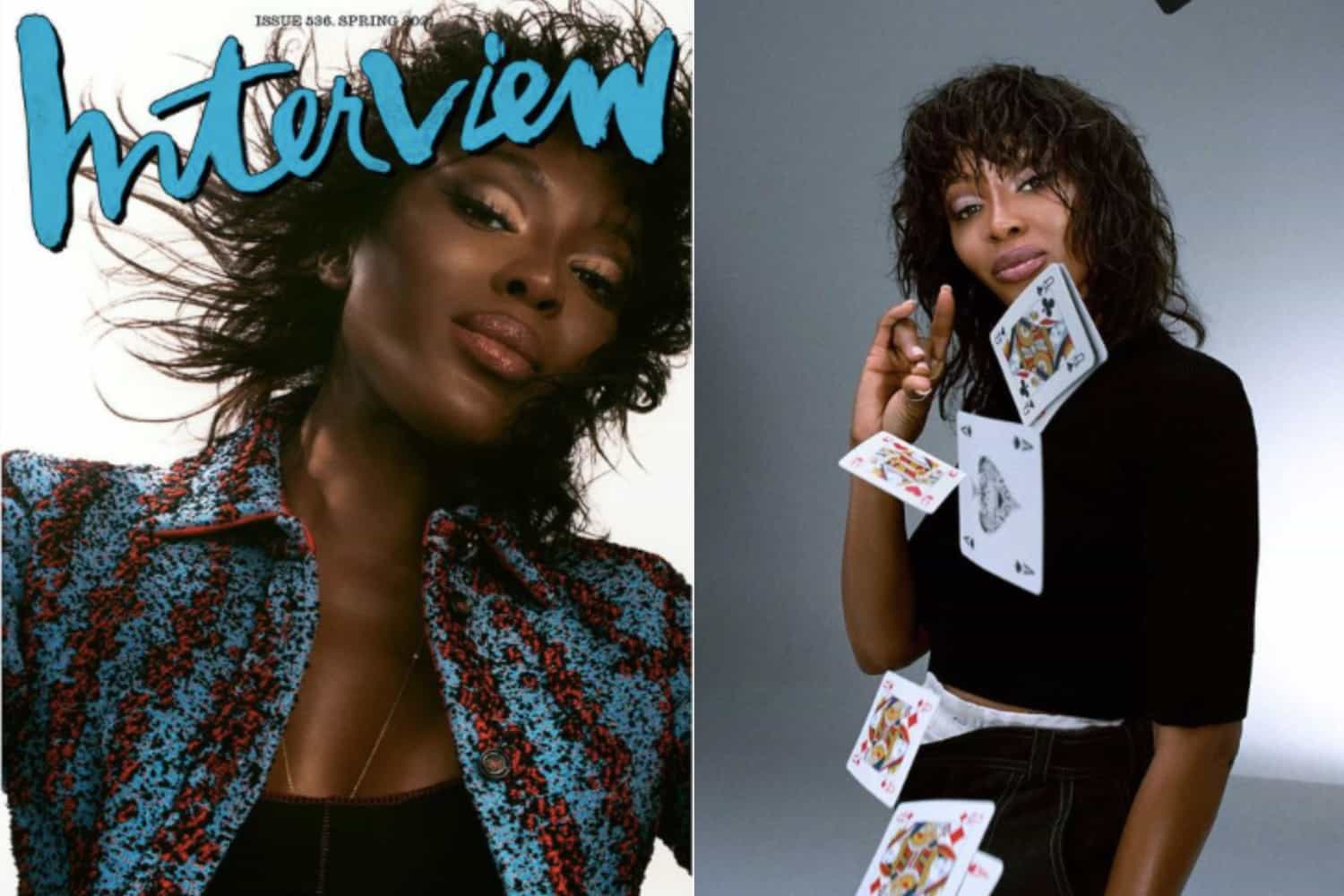 Supermodel and diva extraordinaire Naomi Campbell has had a career that’s nothing short of legendary. Now, in an exclusive chat with Interview, she’s revealing all to her old pal Marc Jacobs.

Over the 35 years of her career, the 50-year-old has had to stand up for herself as one of the only Black models on the international runways. She reveals she had to regularly say “No” to various opportunities when she wouldn’t be offered the same pay as white models doing the same jobs, especially in her early years on the fashion scene. “It was worth my agent at the time not wanting to work with me because I didn’t want to accept something that was degrading to myself and to my culture,” Campbell tells Jacobs.

The two also discuss the importance of image ownership in the fashion industry, especially having control over fashion photography and being able to use it as a designer or model. Campbell revealed that this is essentially the first time she’s talked about the topic, as it’s something that needs to change. She also reveals it’s the driving force behind her upcoming Apple docuseries The Supermodels, co-starring Cindy Crawford, Christy Turlington, and Linda Evangelista.

“I’m bringing this up because I feel like it’s going to come up sooner than later, so it might as well come up now. When we signed papers giving our lives away, no one ever explained anything back then, and when you’re younger, you want so much to be in a magazine, or to do the shoot, so you just sign these things, but no one ever really, really explained what the small print was about,” Campbell says in the interview.

When the conversation turns to her many walks over the years, Campbell says her walk varies depending on who and what she wears. She needs “the whole vibe”—and that includes heels. “Plus, when I walk in flat shoes, I walk the complete opposite of how I walk on the catwalk. When I’m in sneakers, I walk like a tomboy. Sometimes my toes turn in, so who knows? It’s like a whole other person,” she says.

The supermodel is known as a top-tier diva, but she doesn’t see that as a negative term. In fact, she fully owns it! Campbell’s signature trait especially comes forth when asked if she’s worn outfits she didn’t like on the runway (“Oh my god, so many! What I would do is walk so fast that if you blinked, you’d miss me. No extra turns, no stopping and lingering”), but she says that there are qualifications to being a diva.

“Divas are allowed to be divas because they’re bigger than this world in terms of their talent. I embrace divas,” Campbell tells Jacobs, reminiscing on the divas (she calls them “queens”) she’s met like Aretha Franklin, Tina Turner, and Whitney Houston.

Like everyone in the last year, Campbell was at home during quarantine—and she tells Jacobs exactly what that was like for her. “High heels are not happening unless I’m working on set,” Campbell says, elaborating that she’ll wear lots of caftans at home and put on Pat McGrath’s makeup when attending virtual events. She also describes how she cooked, cleaned, and washed her own clothes during the pandemic—and watched plenty of the Real Housewives franchise! However, when asked about the last time she did the dishes, she simply replies: “I don’t know.”

Finally, though she tries to be “at [her] best” when it comes to impressing others, Campbell believes authenticity the best way to make a good impression. “People are going to have their opinion of you, so you just have to be yourself,” she tells Jacobs. We couldn’t have said it better!