Mel Ottenberg On Taking Risks, Who’s Shaping Culture Now, The Joy Of Baked Goods, And Why Indie Print Mags Have The Upper Hand 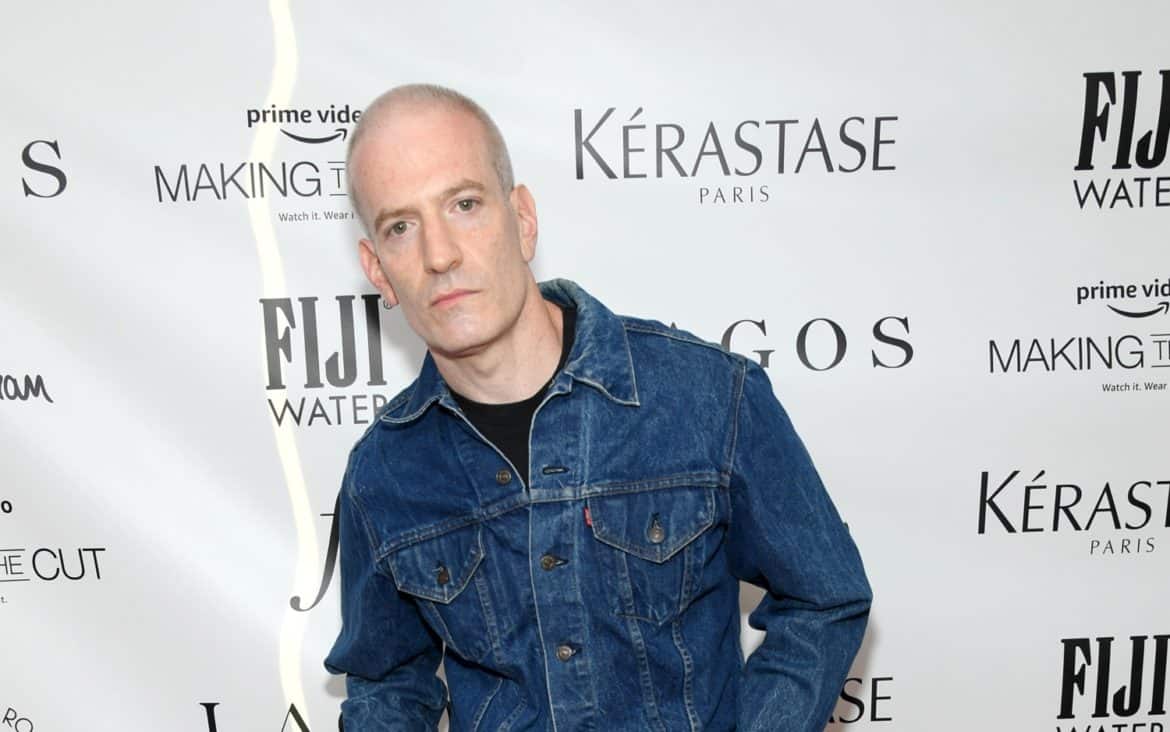 When Mr. Interview became the interviewee! Having built his name as a stylist, Mel Ottenberg joined Andy Warhol’s Interview as creative director in 2018 and immediately set about breathing new life and relevance into the storied publication. Now one year into the role of editor in chief, the large-format mag has been making headlines of its own thanks to its inimitable mix of humor and haute-ness—from Anne Hathaway on a gym rope to Zendaya giving her best Barbarella. We jumped at the chance to fire some Qs back at Ottenberg about his passion for print and a good diner breakfast.

How do you feel about your award?
I was really pleasantly surprised to hear about it! I’m excited.

What’s something memorable you’ve won before?
I won an honorable mention for a watercolor drawing in fourth grade. And I won a music video styling award for Bitch Better Have My Money. Then there’s you!

What did you once think the role of an EIC entailed? How’s that different to now?
I’ve worked with a lot of great editors in chief throughout my career, so I feel I always knew it was their job to inspire the talent they work with, have vision and ideas about what they want, and know how to go about getting it. The most important thing that I learned from editors I worked with when I was a stylist is how to get a point of view across; how to really work with the teams to tell the stories they want to tell. I never necessarily thought that I would be an editor in chief. I’ve liked floating around. But Interview is such a legacy magazine and it was too great of an opportunity to pass up. The difference between what I thought it was like, and what it is like, hasn’t been much of a surprise. There’s so many details—but that’s the beauty of it and it’s fun to be a part of so many things. That’s the thrill! 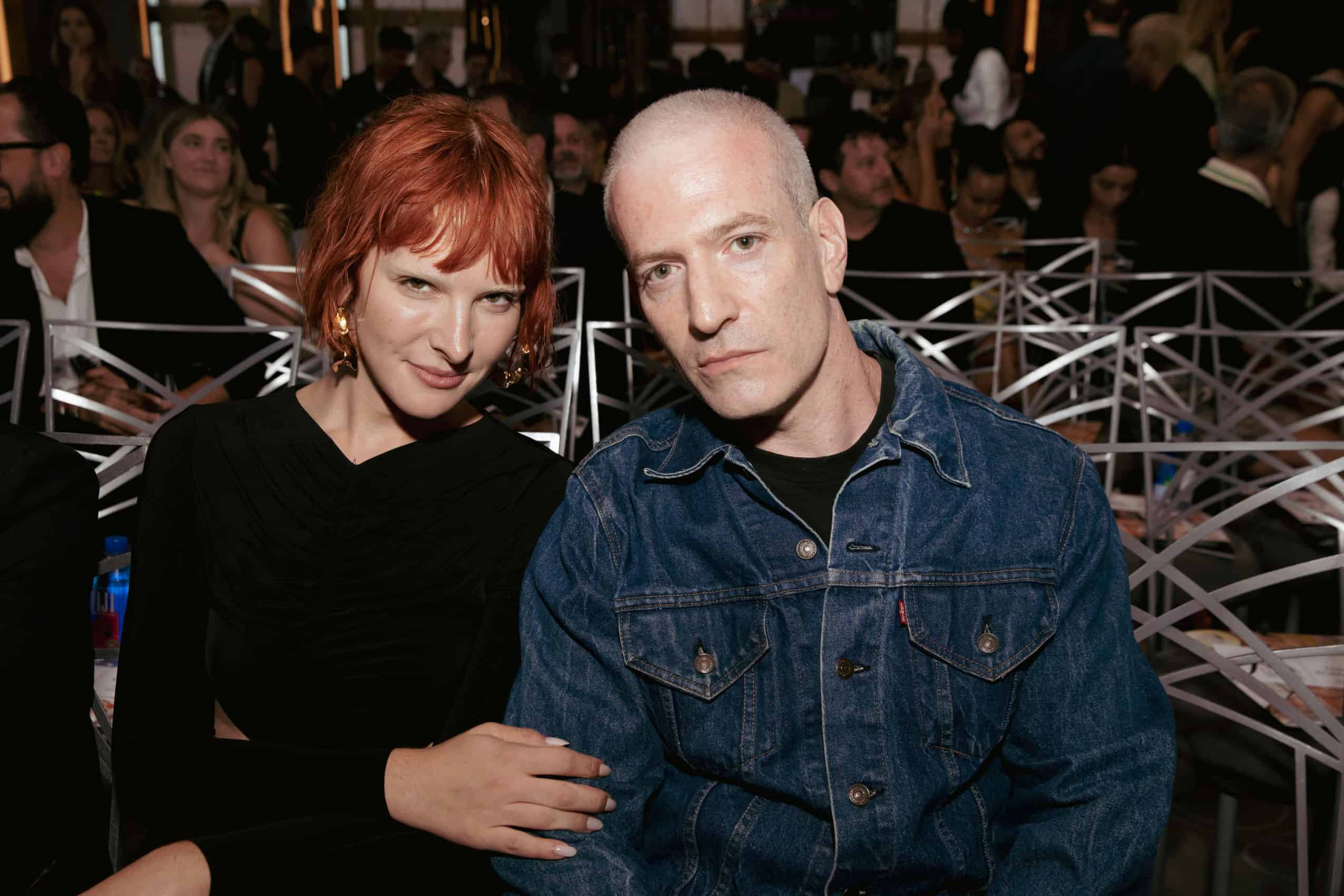 Your mom and stepdad were in publishing, is that what ignited your love for this world?
The funny thing is, and I laugh with them about it now, is that growing up at the dinner table in Washington D.C. where I’m from, everyone was always talking about politics, science, magazines, and dealing with editors in chief. My parents were in custom publishing, designing magazines for lawyers, museums, and many different industries. I think my parents were the coolest, totally the American dream, but I don’t think I thought that way at the time. But, I did start right out of college so it’s become a part of who I am.

And your dad was a baker, what’s your opinion on baked goods?
Yes! I’m really into baked goods. One hundred million percent—bread is in my veins! My great-great grandfather started a bakery in 1859, so my dad is a fourth-generation baker.

What was your first internship?
In the summer of 1995, I was an intern for Richard Tyler, who was a really hot designer in the end of the ‘90s. He had an amazing studio on Gramercy and worked with all the major models.

You joined Interview as creative director, what were some initial changes?
The September 2018 issue was my first, and we did a whole redesign and relaunch that summer, because the magazine was going under and it was not a good moment. But it was an opportunity to rebirth something I really cared about. I wanted to channel the energy I felt from Interview as a teenager; what I loved about it, the work that I aspired to be a part of. I first read The Andy Warhol Diaries at 13. It was about channeling those feelings in a way that works for now. 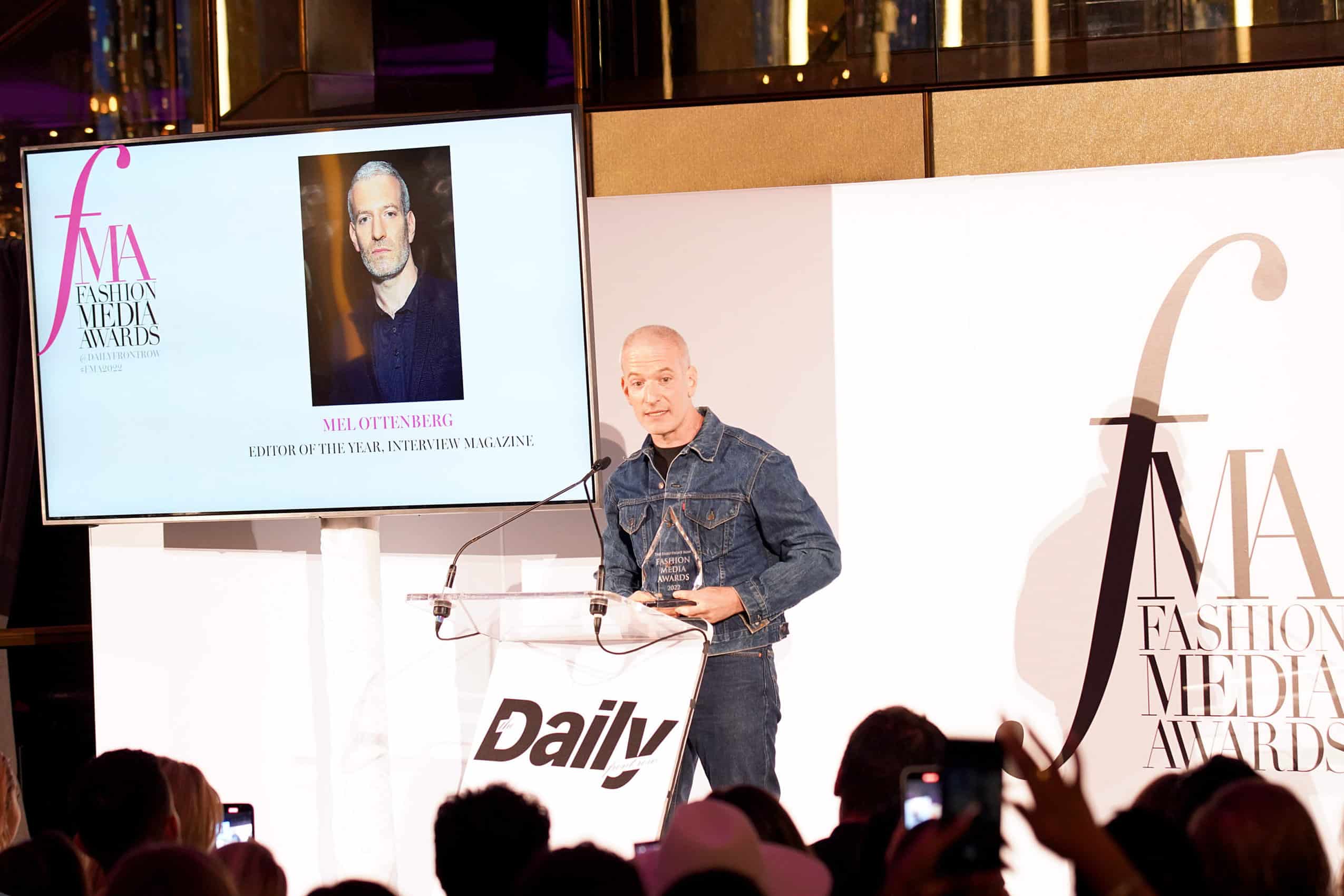 What are pitch meetings like?
Interview really is a collaboration between me and the awesome team. It’s all about the mix: the biggest celebrities, the club kids, artists, fashion, nobodies, somebodies. Some 53 years after the inception, it’s a fundamental part of what makes Interview work. We discuss different people. High brow, low brow, glamorous, grunge, big stars, up and campers, kids that we are obsessed with on Instagram and TikTok. Some stuff becomes an idea right away, and some stuff goes nowhere, but it’s always a conversation. I like to work with people with a strong point of view and ideas that can end up happening now or later. It’s about timing too. I’ll talk to the team as I want to see what they think—they might talk me out of it! Recently, I wanted to shoot [surprise!] but it wasn’t the right time. It’s not like we sit down, say here are the ideas, and it’s done in an hour and we’re out. It’s a lot more free flowing and it’s always a process.

You mention ‘the mix’—can you put words to what your unique mix is?
I’m very lucky to work at a magazine that’s independent; a real indie mag where we can do a lot of things, take chances, and do things that are not like everybody else. When our September cover comes out, it’s not going to be for everyone and it’s not going to look like everyone else’s cover. I like that! I think the mix is really big celebrities done in an unexpected way, fashion and models when it really feels like the right moment, always musicians and actors, artists and writers that are blue chip and then those that you’ve never heard of. And then also the people on the fringe of society. Maybe they’re really eccentric, or people don’t know them—maybe they don’t want to be known!

Who is your favorite pop culture depiction of an editor?
It would be from Bob Colacello’s book, Holy Terror: Andy Warhol Close Up.

What do you find most exciting about print media in 2022?
There’s a certain feeling of no rules and freedom right now. I think that there’s a real desire for something new and it’s not just doing everything the same old way, there’s a sense of freedom back. We’re living in a world that I don’t think any of us wanted to inherit, but this is our world, and there’s a certain interest in taking chances.

What’s the thing you find most daunting?
The difference between now and the past is that there used to be enormous budgets, more time, bigger teams. Without those things, everything always seems to be very difficult and we really have to wear a million hats. In order to survive, you have to be crafty and imaginative on a much more limited set of means. But you can still have the nerve to create something that people are psyched about in this terrible time in society. No one wants the same boring thing over and over.

To borrow from Andy’s question book, what do you love about NYC?
I love working at home, I love working in the diner by my house and that the office is a five-minute bike ride away. I love meeting people for lunch, I love walking around and running into someone, I love going to a rave and seeing the new kids, or going out to dinner and seeing my people and getting ideas. NYC is a big pain in the ass, but somehow it works.

Who do you think is moving the needle in pop culture right now?
I love TikTok and its humor. I think that the music that’s huge on TikTok is pushing things forward—Nicki, Beyoncé, Harry Styles, Bad Bunny. Also the kids! The young generation of New York are so much cooler and more interesting. I’m always excited to see what they’re doing. 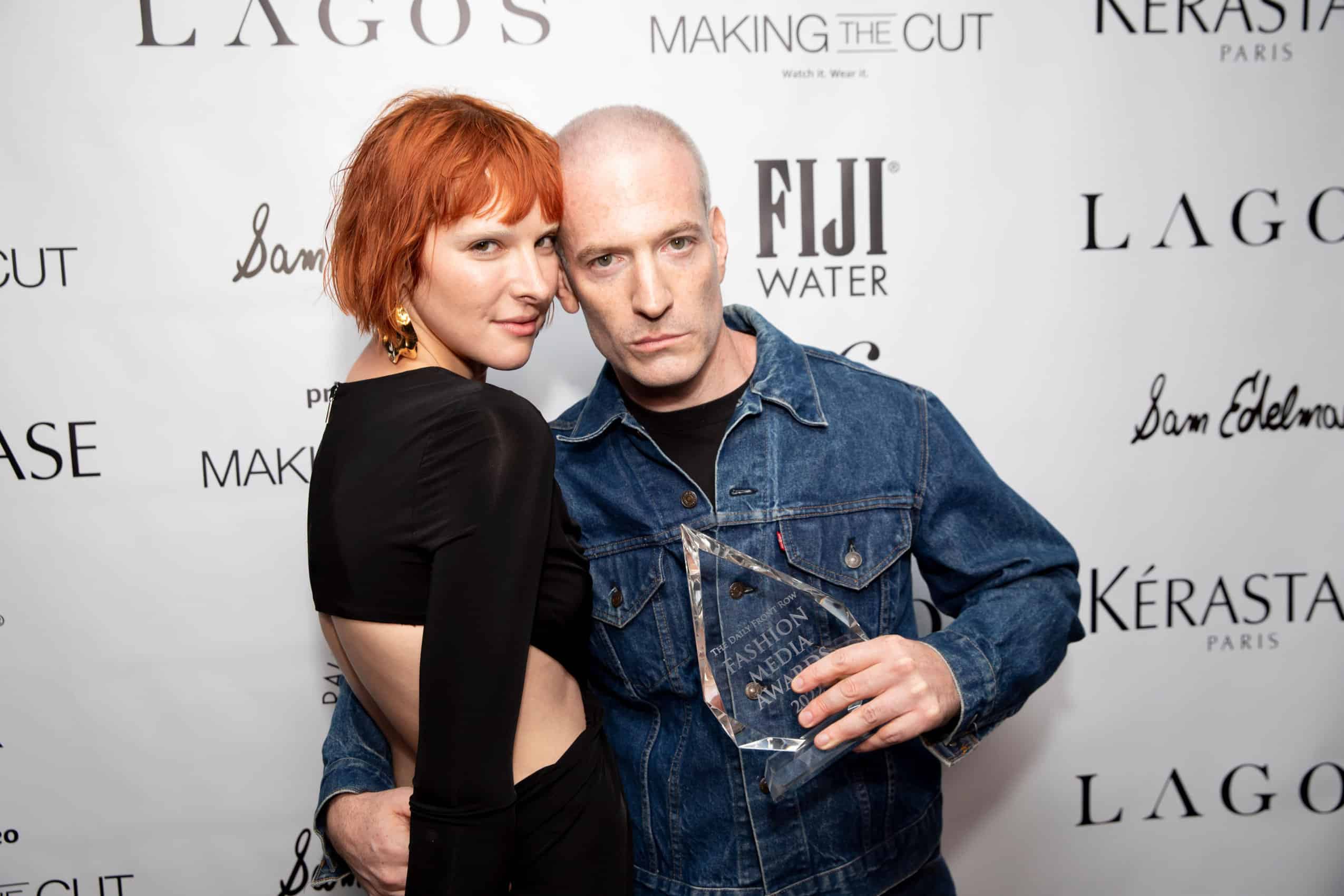 Who are you excited to see during NYFW
I’ve been on a nice vacation so I’m in the mood to go to shows and talk to people, see what’s going on. I think it’s going to be really fun. The people always energize me.

Do you still go to fashion parties?
I love going out, I’m not going out as much. I’ll do some, I’ll be at some big art things and Interview has some stuff going on. I like to wake up clear headed and active on September 11 and have a good reflecting moment about my long history with New York. It’s the opposite of how I felt on the actual 9/11; really hungover after an amazing Marc Jacobs party at this club called Circus on Avenue A. I was watching the towers falling. I got a bagel at one point and said ‘make this the best bagel sandwich ever’ because I thought the world was ending. As time has progressed, I feel more emotional about that history. That being said, there’s so much going on, I will usually have some late nights!

Do you have any magazine subscriptions?
Yes! To Interview, World of Interiors, New York Magazine, and digital subscriptions to The New Yorker, New York Times, and Washington Post.

Where else do you get your news?
I definitely get news from Instagram, but try to read that with a grain of salt. My ideal morning is going to the diner and reading the New York Times. 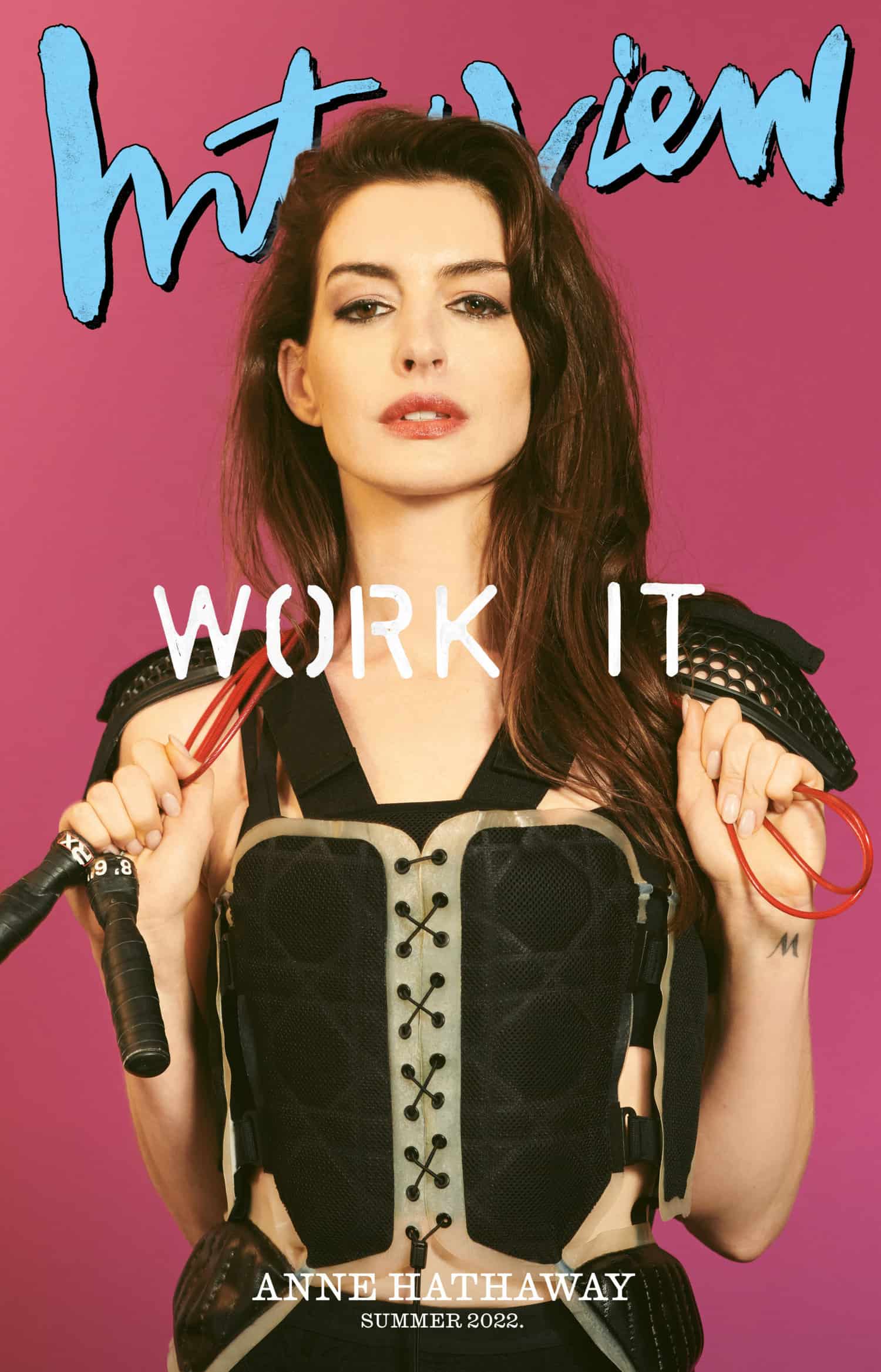 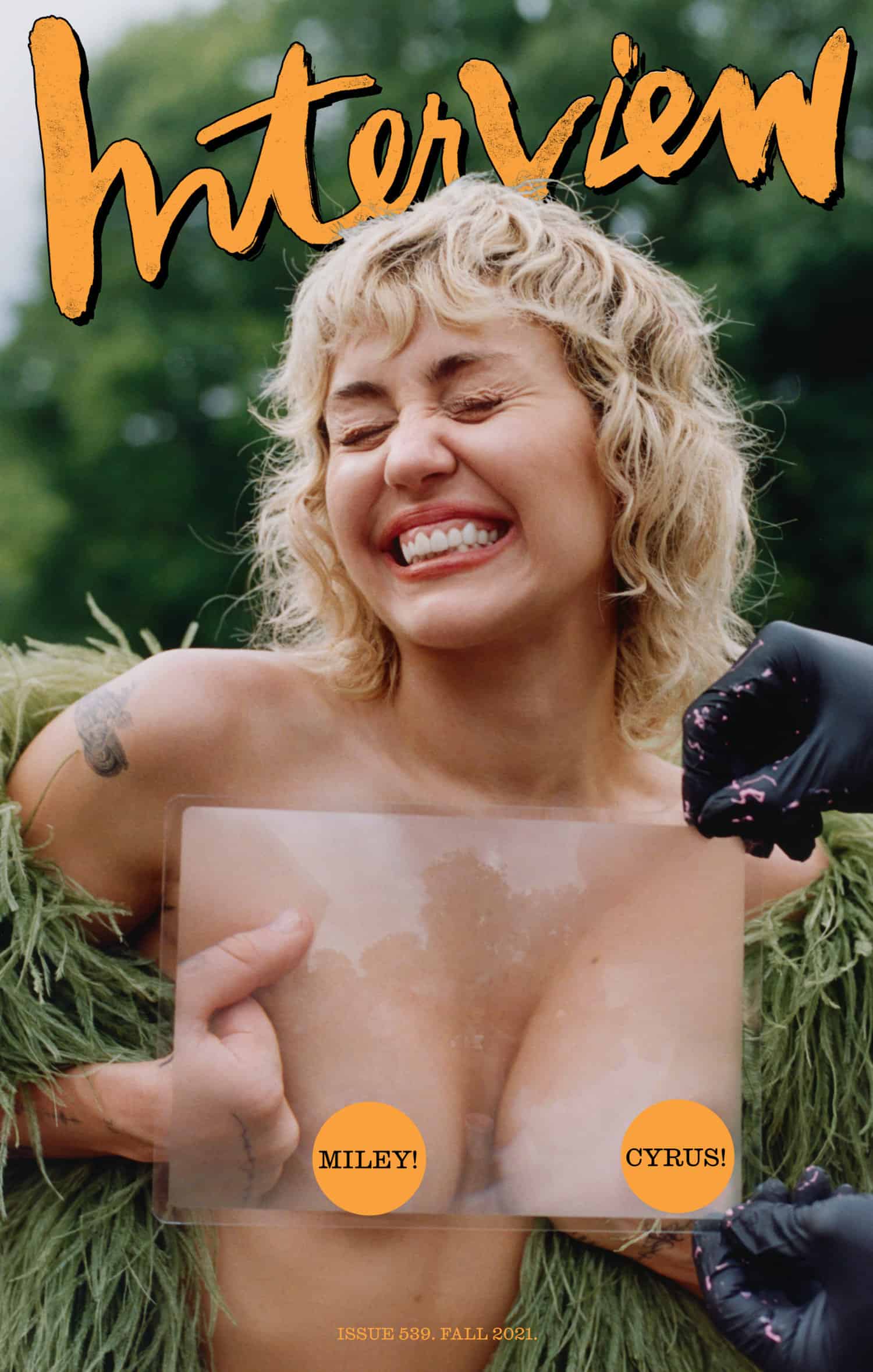 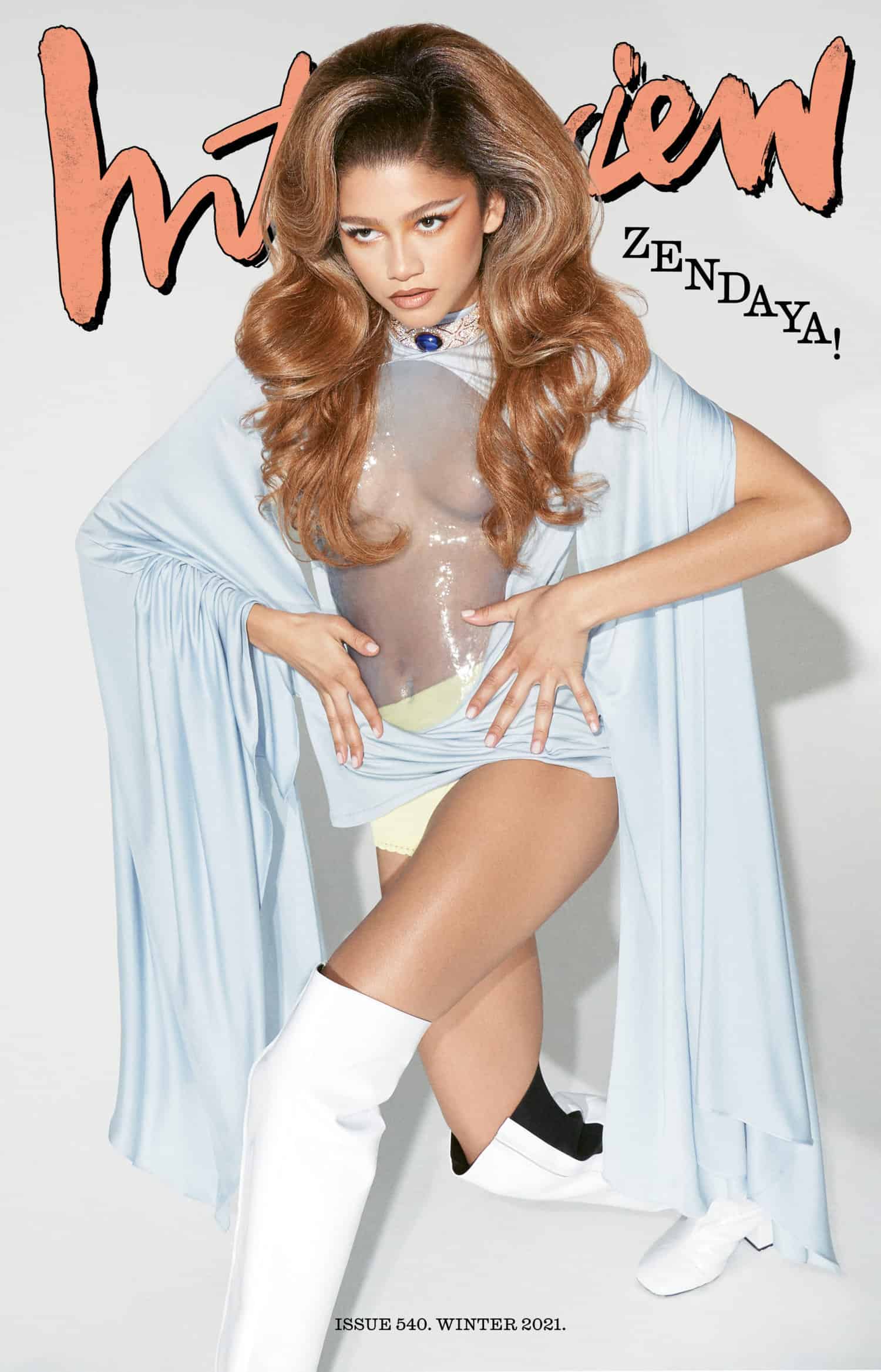 You’ve styled shows, campaigns, stars, shoots… Is there anything else you’d like to dabble in? Have you ever done screen?
I have done some secret movies! Consulting type stuff, which has been really fun! I’d like to continue to do film and tv things in some capacity because I’m really passionate about it. I love TV!

Who intimidates you?
Oooh! Lots of people intimidate me. Not everyone, but a lot. I’m not going to name, but I definitely have a lot of respect for them all too.

Dream Interview cover?
So many dreams. My biggest, I can’t tell you because I’m actively working on it! Others would be Ben Affleck—so dreamy! Olivia Rodrigo, Britney Spears, Viola Davis, Rihanna—again, Nicki Minaj, Beyoncé, and Lady Gaga. Come on, Gaga!

The Style At The Daily’s Fashion Media Awards Was Off The Charts! See All The Looks Right Here!

Fashion Editor Danielle Prescod On The One...